Two gunslingers, backing their skill and wits and swinging for the stands.

In years to come, looking back at the 2019 All-Ireland final, you may wonder how Paul Geaney and Paul Mannion combined for just 0-2 in a pure classic.

Those leafing through the records will breathe a sigh, or sighs, of relief when they see the Dublin and Kerry sharpshooters both scored 0-4 apiece from play in the replay. This was more like it as both men bellowed and signalled for the ball and backed themselves to be the difference-makers. 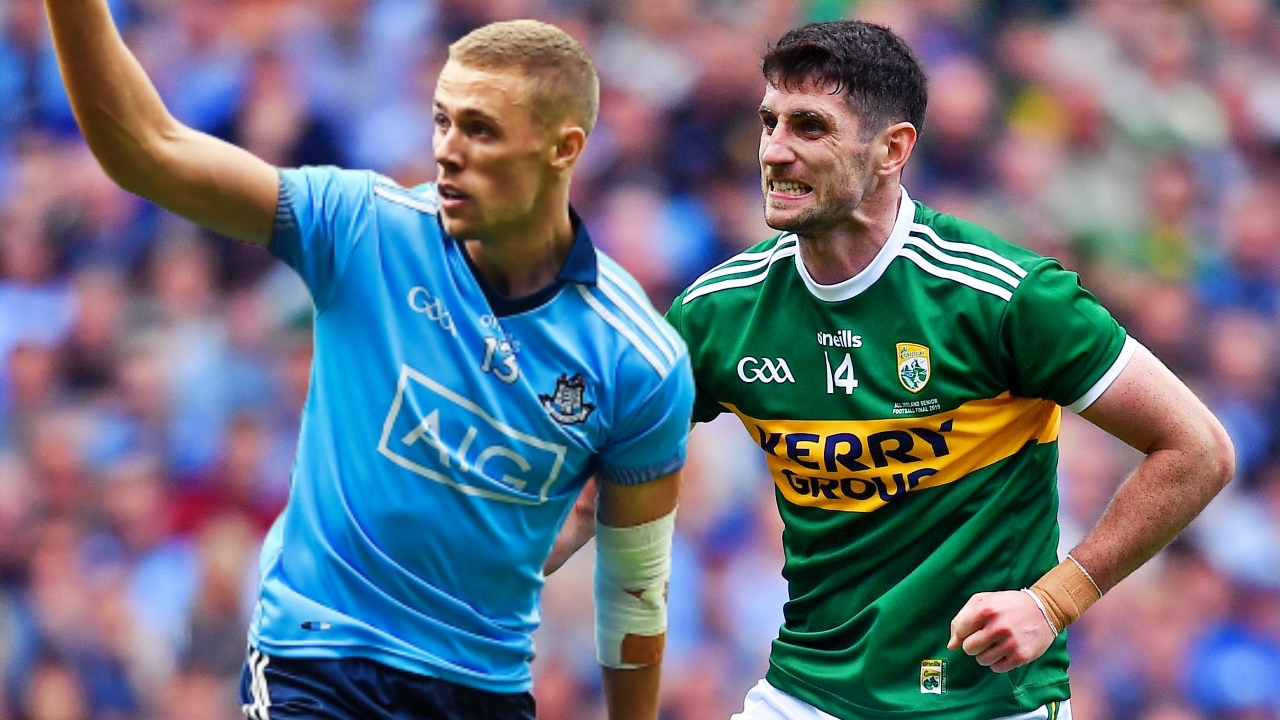 END_OF_DOCUMENT_TOKEN_TO_BE_REPLACED

Mannion had scored 0-2 in the drawn final but had been kept relatively quiet. For a lad looking nailed on for yet another All Star, this was a strangely mute performance and he would have known it himself.

On Saturday evening, with Kerry sensing an upset, it was Mannion and the Dublin forwards that set the tone. From 0:17 to 7:20, Dublin scored five points to Kerry's one.

Mannion popped the cork from the get-go and raked over two superb, curling scores in the third and seventh minutes. Dublin did not kick a wide until the 43rd minute but they had 1-13 at that stage and Mannion had contributed 0-3 and an assist. With Dean Rock and Con O'Callaghan, he also dragged his marker out of the way as Eoin Murchan horsed through to blast home the game's only goal.

END_OF_DOCUMENT_TOKEN_TO_BE_REPLACED

Mannion dropped one short and kicked a wide but he did eventually take his tally to 0-4 from play as the reigning champions pulled clear in the final stages.

Down the other end of the pitch, and for most of the game, Kerry's forwards were doing their damnedest to keep their team in the fight. David Clifford's radar was tuned in and Sean O'Shea was kicking them over from play and placed balls. And then there was Geaney.

Time and again, the Dingle man would make a dart into that half yard of space and, under heavy pressure, bisect the posts.

This was to draw level just before half-time:

THE MOST BEAUTIFUL POINT YOU COULD EVER IMAGINEpic.twitter.com/p09Ff0TofN

And then there was this beauty from an acute angle:

Paul Geaney keeping @Kerry_Official in the game with this score! pic.twitter.com/QPpcnCfIDg

Having been kept scoreless - with a missed penalty and a shot cleared off the line - this was the Geaney that has long lit up the Kerry frontline for the past eight years.

During the Super 8s, RTE pundit Joe Brolly wrote off James O'Donoghue as an inter-county scoring force and said Geaney, a waning force to his mind, was not far off. "Geaney is hanging on by a thread; hanging on," declared Brolly.

Geaney, who had scored 1-2 the day Brolly criticised him, went out the next week and registered 1-4 against Donegal. He had an off day, scoring-wise, in the final but still ran his heart out and drew frees that O'Shea scored from, as well as assisting another couple.

In the replay, his 0-4 from play gave The Kingdom hope before Dublin burned them off in the final 15 minutes.

Mannion and Geaney were both named in the full forward line of the 2017 All Star team. In a year where history repeated itself - with the Dubs winning their fifth Sam Maguire in a row - it could happen again at the All Stars.


popular
Kieran McGeeney on the defensive after post-match questions on brawl
Damien Comer targeted in brutal, chaotic Armagh and Galway brawl
Conor Gleeson's gesture to heartbroken Ethan Rafferty a tonic after sideline brawl
Shane McGuigan does a 'Sueey' Cristiano Ronaldo would be proud of after winning MOTM
Roy Keane makes good on bet after seeing Cork fall to Dublin
"That bit of a fracas nearly woke us back up again" - McDaid never doubted his boys in the shoot-out
QUIZ: Name every club to play in the Champions League
You may also like
3 weeks ago
The GAA community comes together in support of Sean Drummond
1 month ago
Just because they signed an autograph doesn't mean they're not hurting inside
1 month ago
Kilkenny, Dublin and Wexford could all still end up going out of the championship next Saturday
1 month ago
Familiar feeling for the Dubs as Kilkenny rack up a cricket score
1 month ago
"I realise on the far side that all of that stuff is not what it's cracked up to be." - 2011 reunion allows O'Sullivan to take it all in
1 month ago
"Jesus, no, if he finds out, he'll think I'm going soft now." - the social life of inter-county GAA players
Next Page