My God, the scenes at Páirc Uí Chaoimh would make you so proud to be Irish

It took a while getting there but it was definitely worth the wait.

The Leeside ground in Cork has undergone a massive series of redevelopments and improvements and is a shining example of so many great aspects of Irish life.

GAA in Cork was caught napping for a while but has come roaring into the 21st century, and not a minute too soon.

There had been traffic warnings and travel advice sent out as early as Thursday as Cork braced itself for an influx of hurling diehards and hopefuls.

RTE's Darragh Maloney arrived in plenty of time but Google Maps was a bit more frazzled by the whole affair.

Fans got along to the ground early with many supporters of Tipperary and Clare's senior sides getting along early to see the Minor quarter final between Galway and The Banner. 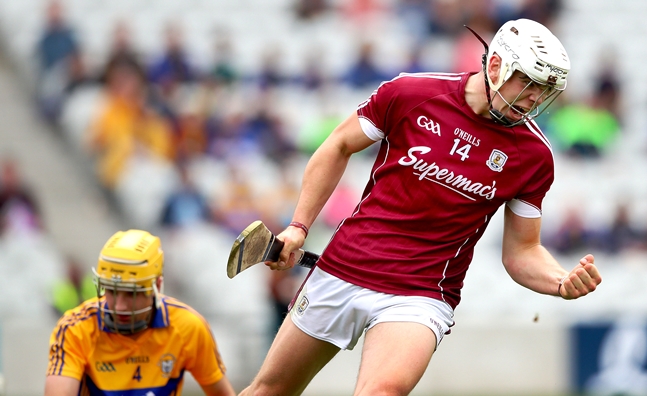 END_OF_DOCUMENT_TOKEN_TO_BE_REPLACED

RTE had a massive panel out for the occasion. Michael Lyster recounted driving mates down to the game, decades back, and having to stop off at several pubs along the way.

Ger Loughnane was in his element and remarked that the most crucial aspect of the new-look grounds is that the Páirc has retained its' atmosphere. "You'd love to get your boots and get out on the field," remarked Kilkenny star Eddie Brennan. 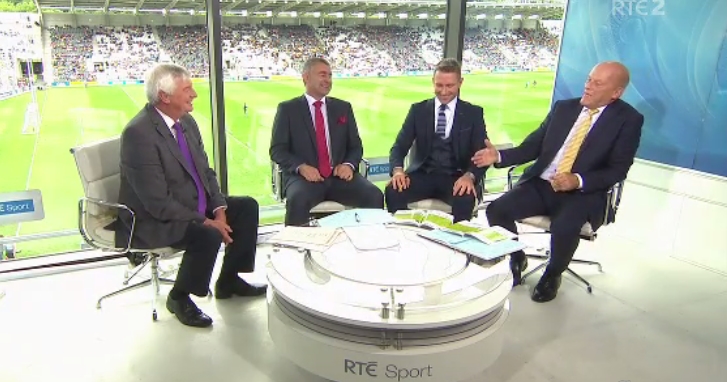 The Tipp squad were out early enough for a puck around and the crowd were starting to fill in nicely.

That new main stand looks the part, and then some.

Tipperary warm up. 15 mins to throw in! pic.twitter.com/NE12aELveJ 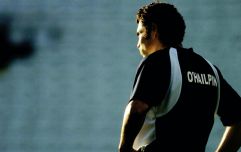 END_OF_DOCUMENT_TOKEN_TO_BE_REPLACED

Loughnane warned Tipp to get their defence in order but few were confidently backing Clare to get the job done despite all the talk of them 'going to war'.

Amhrán na bhFiann never sounded better as both sides lined up and both sets of fans bellowed the words. 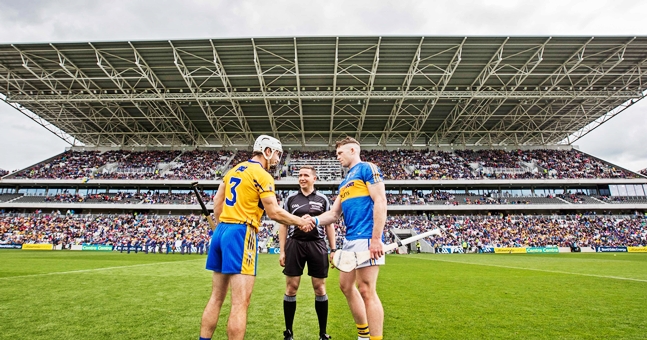 Handshakes exchanged and it was game on!

Tipp hit the front early but Clare were giving them nothing cheap and Aaron Cunningham's well taken goal gave the Banner faithful hope. Then, 60 seconds later, he got another one.

A memorable day for all involved, no matter the final score. And we've still got Wexford vs. Waterford to go, on Sunday.

As if that is not enough, the RTE retrospective will bring a tear to the eye and/or a goosepimple to the skin.


popular
Michael Bisping tears into Dillon Danis for 'trying to be Conor McGregor so hard'
"We did find him hours later and we made up." - How Flynn and his best friend came to blows in Croke Park
The SportsJOE 12 o'clock quiz | Day 333
The top 10 fastest knockouts in UFC history
"Munster was like playing for your local GAA club. The craic was 90"
If ever a player would inspire you, it's Kildare's Mary Hulgraine
Six months after Michael Venom Page's flying knee fractured his skull, Evangelista Santos retires

You may also like
22 hours ago
With her wand of a left foot, Orla O'Dwyer sets up goal of the year in AFLW grand final
1 month ago
"The GAA need to be more aggressive. They need to pull some of this back"
1 month ago
Gaule honoured as camogie player of the year for a second time
1 month ago
"The minute it left my boot, I knew it was going over" - Tipp's 2020 pilgrimage began with a challenge
1 month ago
De Búrca keeping positive as Fenton and Hegarty are the top dogs
1 month ago
Cavan make history as Dubs dominate the 2020 Football All-Stars XV
Next Page