Paddy Durcan was awarded The GAA Hour's Paddy Power Performance of the Weekend title and it isn't any great wonder.

Once again, the Castlebar hammer was sent in to shut down a key opposition player and, once again, he did more than that.

He did his bit on Sean O'Shea in the league final win, he kept Shane Walsh on the periphery in Limerick and, on Saturday night, he somehow silenced the irrepressible Ryan McHugh. In the process, he went up and kicked two points and continued to offer Mayo that attacking force that's become such a crutch for them, especially at clutch moments.

"Simply outstanding," were the words of Colm Parkinson to kick off the Performance of the Weekend slot on The GAA Hour.

"Paddy Durcan marked Ryan McHugh but Ryan McHugh didn't mark Paddy Durcan. So Ryan McHugh used Paddy Durcan being on the ball as an opportunity to maybe get away from him but, in general, Durcan was kicking it dead and running straight back out to get to McHugh before it was kicked back out. 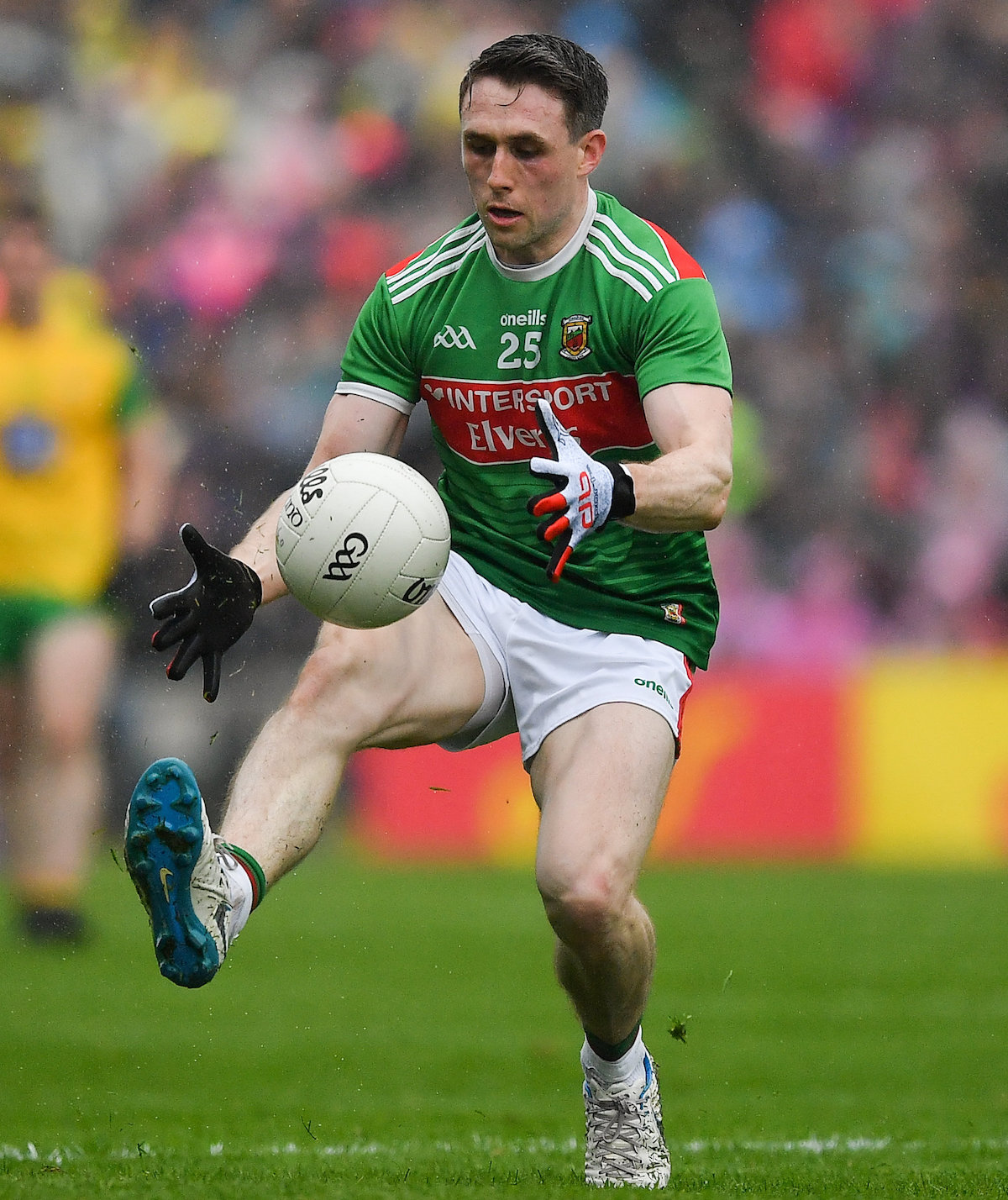 During that run to the final in 2017 - which looked so unlikely on so many occasions - Durcan's stats of coming up with the goods were ridiculous.

Time and again, it was him popping up late to kick equalisers and winners or to inspire comebacks for a Mayo team which cemented a status of refusing to die.

But it's not just doggedness or heart with Paddy Durcan, it's skill.

"He's someone who has the running power and the pace to cause McHugh problems going the other way," Cian Ward analysed his display against Donegal.

"It's Murphy and McHugh and if they're not getting their hands on the ball, Donegal don't have an awful lot of real ingenuity outside of that or guys that can consistently make things happen.

"Durcan was brilliant. His close control for the little dummies, he's such a good shooter as well and he's just been consistently excellent.

"It's surprising to me that he's such a tight marker because he's such a good footballer. His strength is always when he's on the ball and driving forward but he's shown a fair capacity in nullifying an opponent as well which is hugely, hugely impressive."

Or you can subscribe to the podcast version here.


popular
The SportsJOE 12 o'clock quiz | Day 105
The SportsJOE 12 o'clock quiz | Day 104
James Haskell on text exchange with Peter O'Mahony after Ireland's victory over Scotland
David Beckham recalls how a trip to Ireland got him in trouble with Alex Ferguson
"Shane was just gifted. He could play centre back, centre forward, he had everything"
Can you name every English football club that begins with 'W'?
Egan cleans out Spurs by reading the breaks and executing the blocks
You may also like
2 months ago
Lee Keegan on what he misses most
3 months ago
Andy Moran: Using the time off to become a better player
4 months ago
The GAA Hour | Football | Mayo 'standing off', Congress analysis and the Tunnel row
4 months ago
Mayo issue update on crunch Allianz Leagues clash with Kerry
5 months ago
James Durcan stuns Ballybofey with last kick of the game
5 months ago
"Growing up, I would always have been naturally fit"
Next Page