"How can one man in the middle of the field do that?"

Referees have an incredibly difficult job when it comes to officiating GAA matches.

Apart from when the ball goes out for a sideline, or over the bar, and the linesmen or umpires intervene, the referee is essentially completely on his own.

With 30 men on the field, it is up to this one individual in the middle of the park to see and call every single thing, which can be considered borderline impossible. 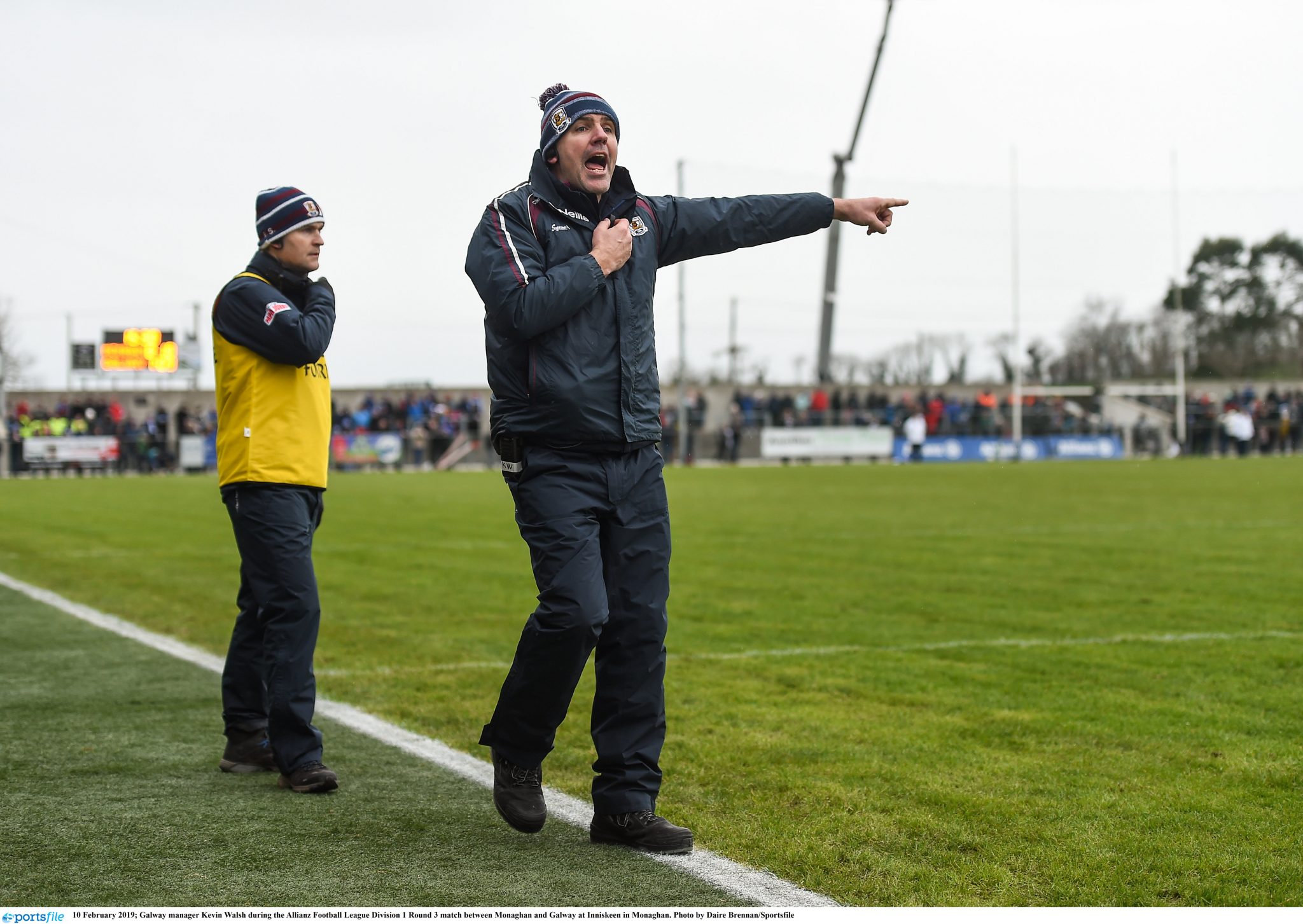 END_OF_DOCUMENT_TOKEN_TO_BE_REPLACED

Former Galway manager and All-Ireland winner Kevin Walsh believes that the solution to this issue is right in front of us.

Speaking on the GAA Hour podcast, the former midfield giant explains how the linesmen and umpires can be utilised much more effectively, to take the pressure off the ref in charge of the game.

"The game has gone so tactical, every referee is being watched now, and the high level of training that's going on - it's not a case of meeting up on a Tuesday and Thursday. People are giving their life away for football, so they deserve the best officials and the best way to carry out the rules.

"How can one man in the middle of the field do that? I've been a long time talking about this, I mentioned it in my book The Invisible Game - one man just can't do that. 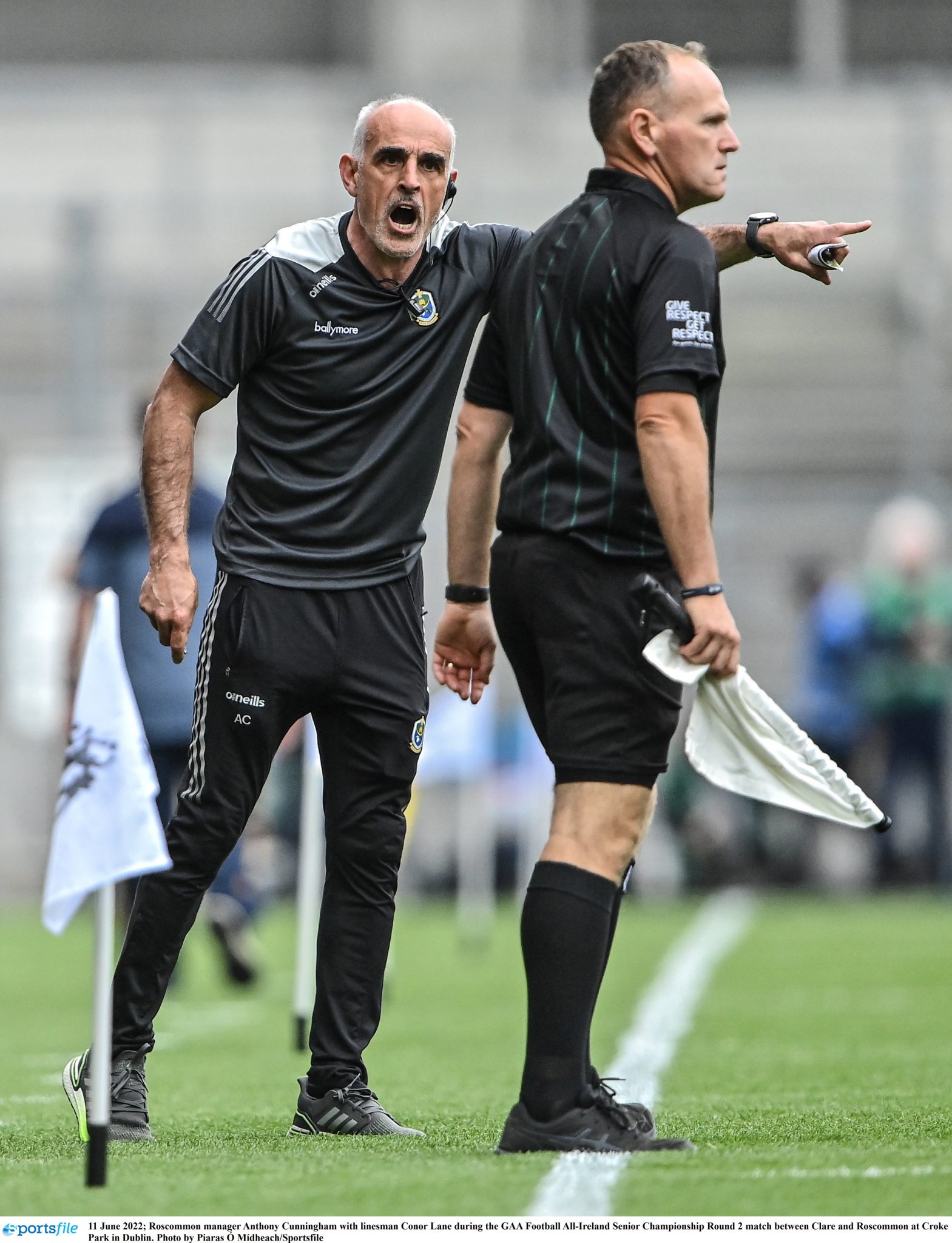 "I see on The Sunday Game they often pick out a referee and how good he was because he happened to see something behind his back, but that can be a momentum-changer because he didn't see the rest of it, and that could be the decision that wins the game for them.

END_OF_DOCUMENT_TOKEN_TO_BE_REPLACED

"If there's thuggery going on, or there's been foul play, just give the referee the message, blow it up, give the booking a free in. It takes that dirty dragging out of the game. 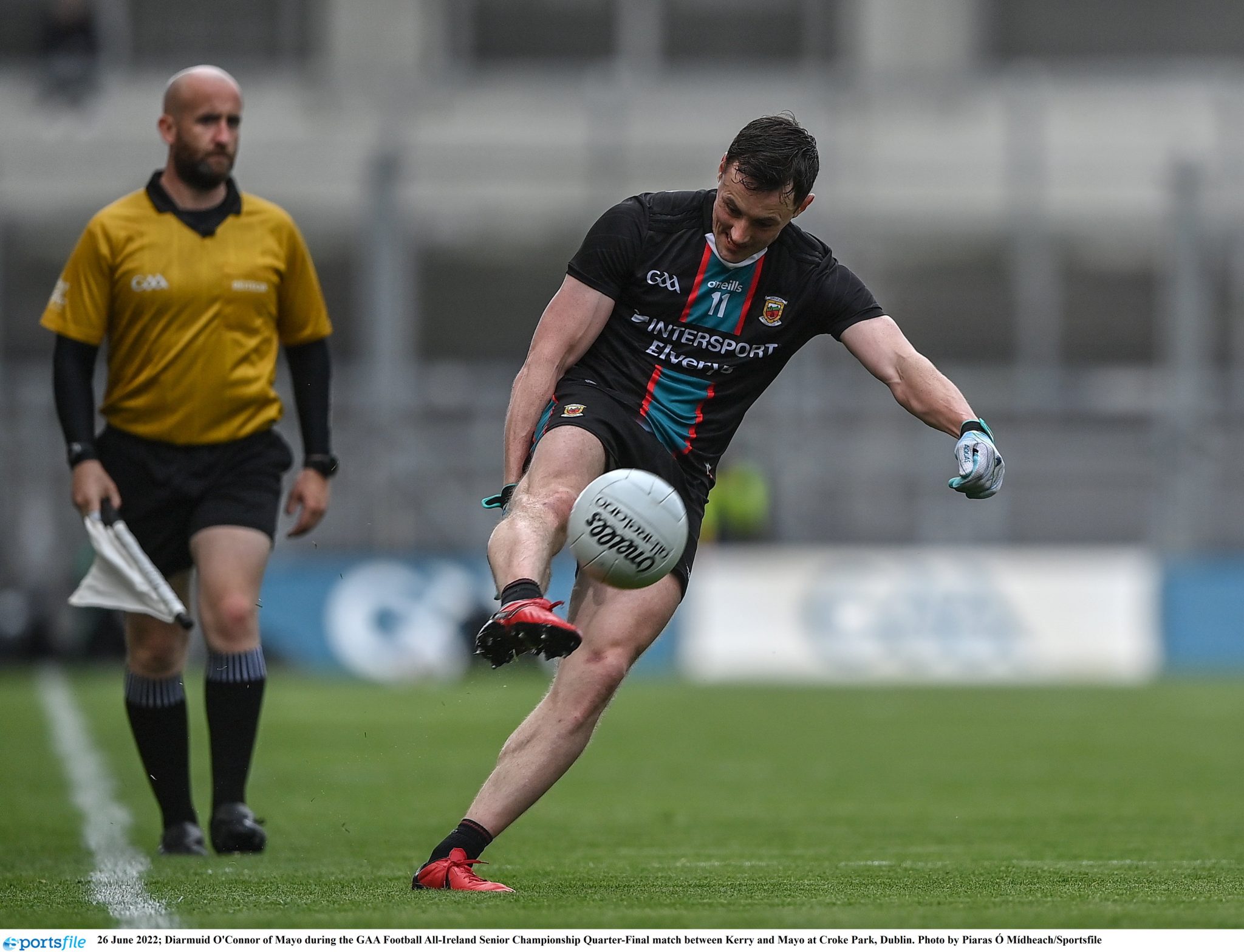 "Like when Armagh and Galway had a bit of a scuffle at the end of the game, the linesmen could be looking at that instead of going over and telling the referee how good he was or whatever it was.

"They can just wave the players off the field and see exactly who has done what. One set of eyes in 15-aside is crazy when you've got the bodies there.

END_OF_DOCUMENT_TOKEN_TO_BE_REPLACED

"I think it's something that needs to be looked at, and again the quality of refereeing needs to be made accountable - if a player doesn't play well then they will be replaced by a different player next week, and if the referee has to go to that level, so we can have the best referees for the big games, then that has to happen, there's too much going into it. 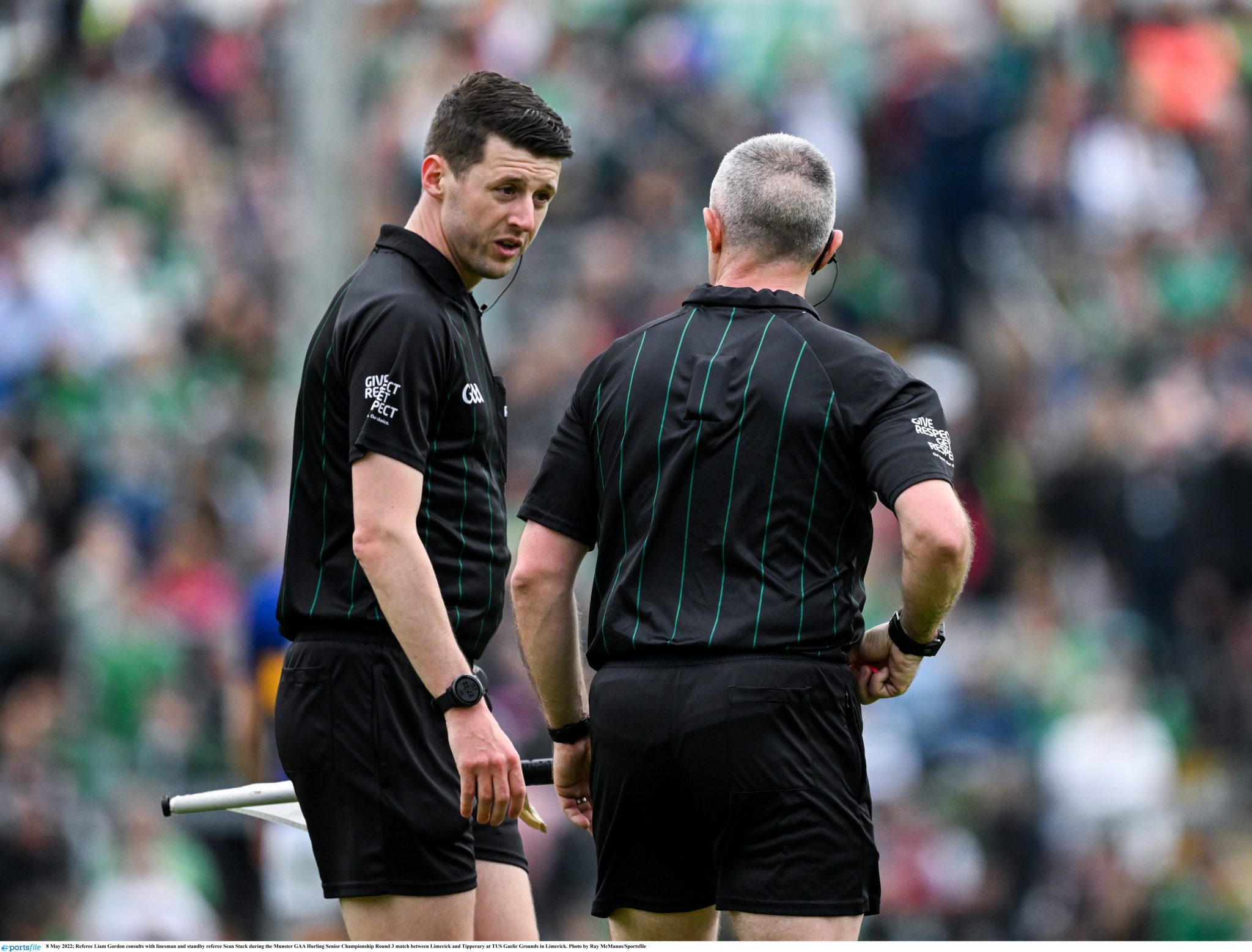 "Even for safety, given things that have happened recently, there has to be more protection for referees, it's not an easy job, but again referees need to get the calls right so as to not cause frustration on the line.

"Particularly in the county game, when those guys on the sidelines are qualified referees - so I don't understand what's wrong with that?

"If you look at a basketball game, you have three referees in a small court, and every one of them has a whistle. If they spot something, in particular if it's off the ball and it's affecting the game, why can they not look at that? 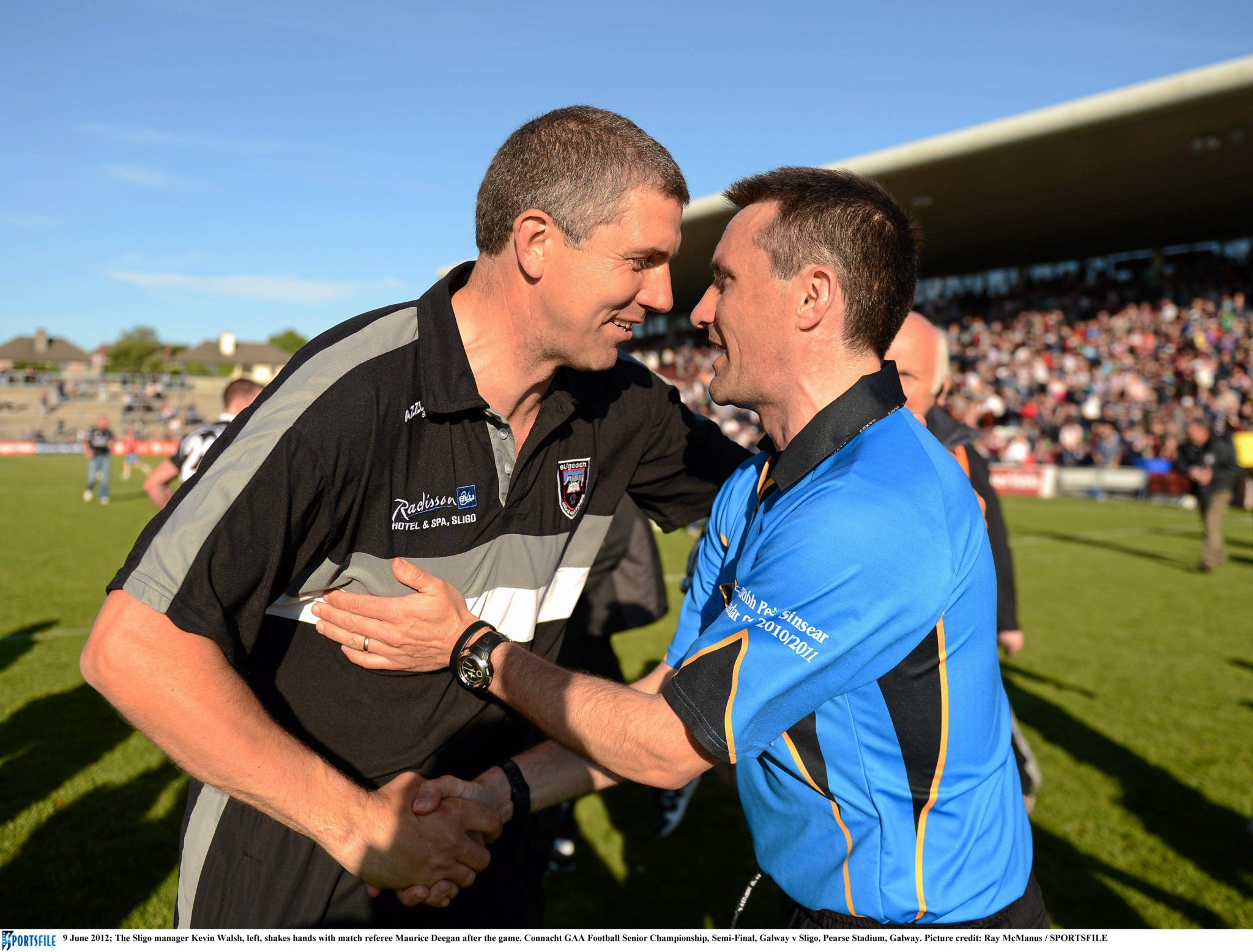 "Really, they are there at the moment as spectators like everyone else is there, except when the ball goes over the sideline, then they point that it's going this way or that way.

"The referee can see himself which way the ball is going, but that's what we're using linesmen at the minute for, and for me it's crazy."


popular
Ballyhale's Colin Fennelly felt Ballygunner's victory speech was disrespectful
Brazil star responds after Roy Keane slates dancing celebrations
Roy Keane reacts to Brazil's jubilant celebrations in first half demolition job
Samuel Eto'o involved in an ugly confrontation with fan outside World Cup match
Eniola Aluko responds to criticism after on-air mistake on ITV
Rory McIlroy explains 'falling out' with Shane Lowry that lasted a few years
Roy Keane handled Gary Neville’s goal celebration as most Irish fans would
You may also like
3 weeks ago
The ultimate Gaelic football quiz 2022
3 weeks ago
Munster, Connacht and Ulster GAA clashes stack your TV guide this weekend
1 month ago
Jamie Clarke takes sabbatical from soccer to commit to Crossmaglen
1 month ago
Paul Finlay reveals secret to high performance in your late 30s
1 month ago
The one moment that shows why David Clifford is the best player around
1 month ago
Quiz: Can you name these intercounty GAA teams from their nickname?
Next Page