There's nothing wrong with wanting to represent your county.

There's pride in doing it, there's status and there's fulfilment at reaching those levels and wearing a crest you grew up idolising.

Here's the thing, like every elite athlete, county players work harder than the rest. They live cleaner, they sacrifice more and they practice incessantly to get to where they're at. At club level, for the most part, that commitment isn't the same and that's alright. Everyone still cares, they still work damn hard and they certainly don't deserve to be rail-roaded because they're not able to - or don't want to - live like a professional.

But at the same time, the county players and coaches shouldn't be scorned for prioritising where most of their efforts have been flushed into.

There's obviously a way of making the calendar work better - start with the unnecessarily long (11 weeks) and relentlessly unfair (4 games for Monaghan,  2 for Kerry) provincial championships - but aiming bazookas at the inter-county game as a whole, as a concept even, isn't in the best interests of everyone.

The inter-county game makes everyone money.

The inter-county game is watched by over a million people on a regular basis.

Everyone likes the inter-county game, everyone needs it, so let's not entertain any solution which either dissolves it to three months or says we should get rid of it entirely.

The conversation was brought up in Tomás Ó Sé's brilliant interview series, Comhrá Le Tomás, where he spoke with Kieran McGeeney about club and county rivalries which the shorter window this year has intensified. 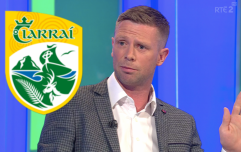 END_OF_DOCUMENT_TOKEN_TO_BE_REPLACED

Tomás put forward the case that it's only natural inter-county managers would want their players for longer considering how much they give up for the process, and it's only natural too that the players wouldn't want to jeopardise their chances of competing with the like of Dublin after sacrificing so much.

"The inter-county is seen as the problem and they get whatever they want.

"If I was a manager now and you've an All-Ireland championship... you take it so serious and you're living it constantly, you have to be training now. The clubs are allowed to go training now. I have no doubt that they'll go training and they'll be lucky to see their county fellas once a week from here on in. And I think that's fair enough.

"The county players are giving the commitment and if they want to get what they want, they'll have to train together to achieve that."

McGeeney weighed in with the perspective of the county player and reasoned that county managers don't often get their way. That's why it's a headache.

"In my experience, all great county players are great club players," the Armagh manager said.

"I know there are some players who might be a little bit arrogant and fuck about and when they're back, they might not go, they might go away on holidays and stuff like that. The majority of my experience of dealing with players - whether in Kildare or Armagh - my best players give their heart and soul regardless. And it was the same when I played.

"I've never seen a fella who could turn it on and off - he either gave it or he didn't.

"I hear it all the time, 'what county managers do'. If it was such a great job, you wonder why people only stay in it for a while. It's a constant fight. If you're asking the best thing about the lockdown, [my wife] said that I seem more at ease with myself the last eight or nine weeks, because you're not battling the shit you have to listen to on a 24-hour basis."

You can catch that full interview here.

popular
How many of the 49 Premier League clubs can you name?
The SportsJOE 12 o'clock quiz | Day 115
SportsJOE 2000s Football Quiz | Round 10
QUIZ: See if you can identify these retro football kit sponsors
Connacht confirmed for next season's expanded Champions Cup
QUIZ: Can you name the first professional teams of these footballers?
Jack Charlton's role in getting Roy Keane to Manchester United has been revealed
You may also like
1 year ago
Tomás Ó'Sé takes another swipe at AFL's recruitment drive in Ireland
1 year ago
Tomás Ó Sé reveals lead contender to succeed Éamonn Fitzmaurice in Kerry
1 year ago
Joe Brolly spoke for thousands of us out there with compassionate take on Liam Miller match
1 year ago
Liam Miller memorial match moved to Turner's Cross due to GAA rule
2 years ago
Lee Keegan struggled to get a word in with Joe Brolly on The Saturday Game
2 years ago
Tomás Ó Sé claims uncertainty over Super 8 dates is 'insane and unfair'
Next Page