Nigel Dunne was Offaly's top scorer in the League.

He was the tenth top scorer of the whole League, was his county's most dangerous attacker but after 28 minutes of their championship opener last weekend against Wicklow, he was called ashore.

All isn't well in the Faithful camp this year, that much is clear. Talk of player unrest has been rife throughout the county, with a number of players opting against committing to Kerry native Stephen Wallace's panel for one reason or another since the beginning of the year. 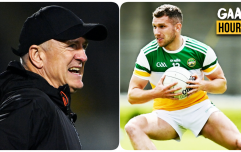 Maughan's straight-up style like a tonic for the Offaly footballers

END_OF_DOCUMENT_TOKEN_TO_BE_REPLACED

After Offaly's first Championship defeat to the Garden County since 1898, reports broke that there was an upheaval of sorts in the dressing room at half-time of the game. 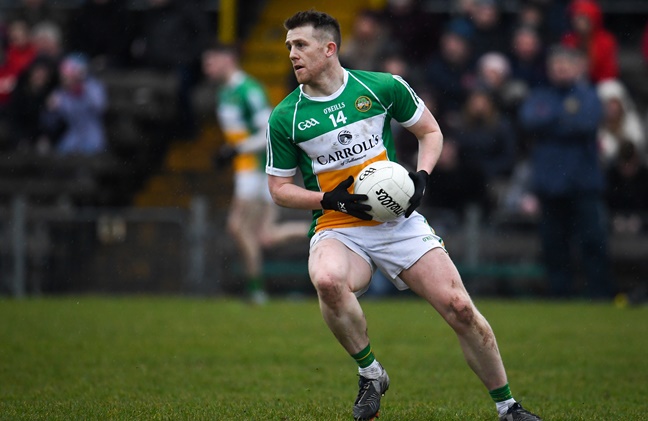 Speaking to Midlands 103 Radio, former inter-county hurling referee Brian Gavin had claimed that free-taker Dunne, who had been substituted in the first half of the game, had left the dressing room for his car at half-time.

"Nigel Dunne left the dressing room, he was heading to his car to go home, he was persuaded to come back," said Gavin.

Dunne took to Twitter on Tuesday night to respond to these claims. He insisted that he was not headed for his car at the interval and was instead clearing his head and feeling sorry for himself, "nothing more."

For the record, he tweeted, that he had arrived to the game on the team bus.

END_OF_DOCUMENT_TOKEN_TO_BE_REPLACED

Dunne had been reintroduced to the action by Wallace in the second half of the game, during which he would see a penalty kick saved, but seeing as Offaly went onto lose the tie, the rumblings got louder and louder.

Brian Gavin went onto claim that the Kerryman had lost the dressing room and that he and his management team were on their last legs in his aforementioned interview.

"I just can't see Stephen Wallace and his management team lasting much longer."

On top of this, there had been some other unsavoury rumblings from inside and outside the camp. Key man over the last few years Johnny Moloney from Tullamore had departed the panel. Meanwhile, past players Alan McNamee and Ruairi Allen questioned management on Twitter.

Some very questionable decisions by Offaly management yesterday, or lack of management on the side line. Key players/leaders being pulled and some back on, expected to kick a crucial penalty. That group of players are worthy of better treatment. Sexy football???


popular
"Some of the generals wanted me executed" - Irish rugby legend on flag caper that went wrong
"Johnno went, 'We’re not moving! You're trying to mess us about!'" - Ben Kay recalls red carpet controversy
Rio Ferdinand claims that Cristiano Ronaldo should have been told to 'sit down' against Young Boys
Garry Ringrose challenges "pretty ridiculous" changing conditions for women's players
It won't mean much but Pat Spillane's compliment to Mayo and to Lee Keegan says it all
Gary Neville embarrassed again following hasty Liverpool tweet
"I am a very nervous person" - Morgan's pre-game routine shows that nerves are part of the journey
You may also like
3 months ago
A life on the border brings Teehan face to face with her former teammates
4 months ago
Offaly star Mairéad Daly's remarkable comeback from double ACL injuries
4 months ago
A celebrity by name, just an Offaly man by nature
4 months ago
"I don't want to be dramatic about it. But football saved a large part of my life"
5 months ago
Big, strong and old-style Kinahan turned full back play into an art-form
5 months ago
"I don't think the League will be taken seriously" - Hogan calls on GAA to think about the club players
Next Page