No silverware but a country's respect for Loughmore-Castleiney

Championship Sundays can go one of two ways, mourning or jubilation.

In Loughmore-Castleiney, they've had two grief-filled Mondays. This day last week was raw, it was painful and it was despondent, as the wounds from Bryan McLougheny's last gasp salvo cut their way around the mid-Tipperary parish.

The manner of the defeat was almost unbelievably cruel, as victory and championship glory flashed before their eyes, only to be ripped away with two pucks of a sliotar. In the madness of it all, the sight of an inconsolable Noel McGrath tossing his hurl away at the full time whistle stuck in the mind. So out of character for the coolest of customers, his anguish summed up the dejection of an entire parish.

It's tough to get back on the horse when you're battered and bruised but by Tuesday evening, Loughmore-Castleiney were doing what they do, this time without the hurleys and helmets. Two days after the heartbreak, another sight lingered in the mind. This time it was David Kennedy, their 44-year-old hurling goalkeeper and one of the few hurlers who isn't on the football team, in the middle of the session, encouraging his club-mates on, willing the best for Loughmore-Castleiney. 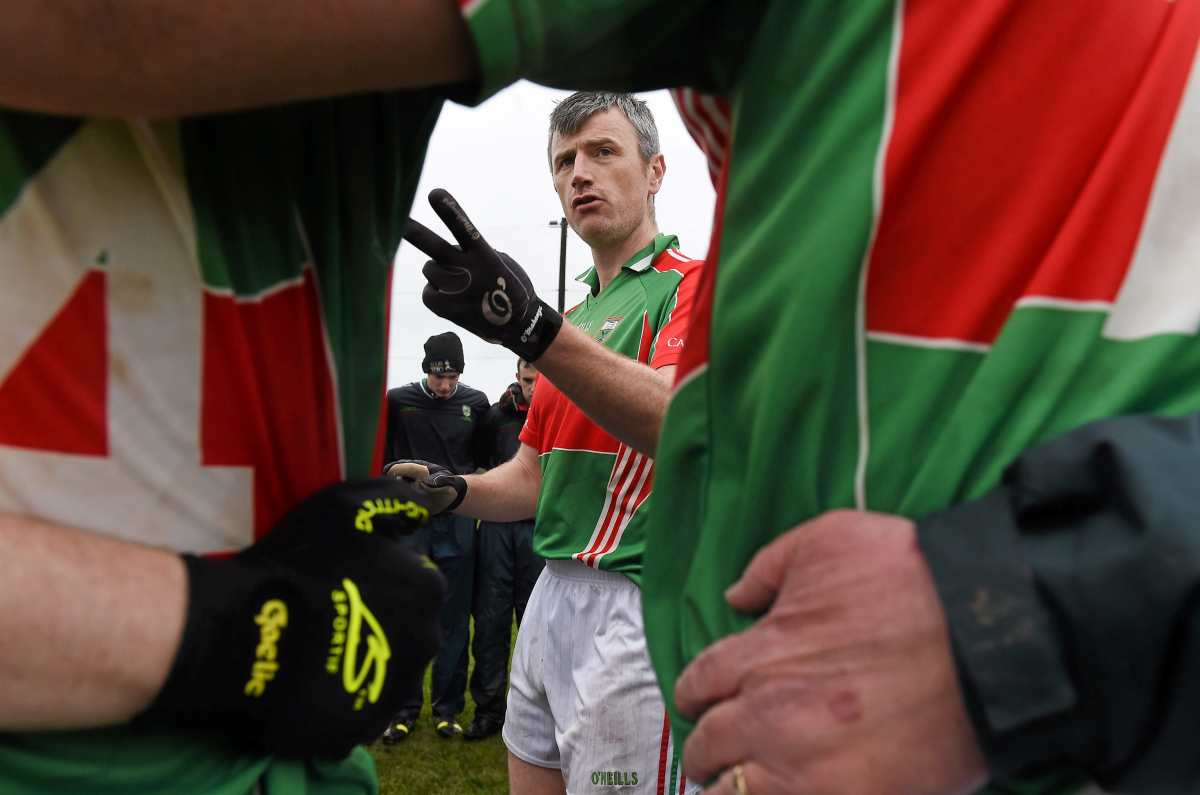 It's in tough times when the real characters stand up and it's people like Kennedy, an All-Ireland winning hurler in 2001, who mark Loughmore-Castleiney out, along with fellow dual clubs such Cratloe and Slaughtneil, as some of the most admirable in the country.

Almost 30 years on from his senior debut, Kennedy has given his life to the club but in a rural place like Loughmore-Castleiney where every number at training is valued, he still has more to give it says it all about the club that he's happy to give it.

By Sunday, Frankie McGrath's team were ready for battle once more, primed for their tenth championship weekend in a row. It really is incredible the desire, spirit and energy these dual clubs consistently produce and it's an example all clubs around Ireland should attempt to follow.

In Loughmore, it's all about the enjoyment of the games, doing it for the club and the parish pride. These people are gaels to the core.

"Everyone in Loughmore-Castleiney follows and supports us," said John McGrath in a GAA Hour interview recently. "It's the main thing in the parish.

END_OF_DOCUMENT_TOKEN_TO_BE_REPLACED

"It brings a freshness (the dual aspect) when we're going over training and there's always something to look forward to..."

That's why, despite having nothing against the mighty Clonmel Commercials, that most neutrals will have been willing Loughmore-Castleiney to the silverware that their season deserved.

In the end, it was heartbreak once more but even in defeat, the club showed the spirit of the champions that they are. From six points down at half-time, they somehow summoned the energy and heart to lead the game by one with seven minutes to go.

"Loughmore are never bet," said the Commercials keeper Michael O'Reilly in admiration after the game, a game which was only won by a moment of Michael Quinlivan genius.

"Every time we meet Loughmore, we know what we're getting," continued O'Reilly on Tipp FM before lauding their opponents' skill and their will.

In another year, a break of the ball, a blow of the whistle could have took them to the promised land. But one thing's for certain and that's that they'll keep on chasing the dream.

popular
"There were some tough battles but I was happy to test myself against the best"
QUIZ: Name the clubs to have lost in every Champions League final
"The divil you know is better than the divil you don't" - Larkin stands by Cody
QUIZ: How many of these obscure Manchester United and Liverpool players do you remember?
Chris Barrett's tackle stats against Dublin are unprecedented
Teammates XI Quiz: Liverpool – 2005 Champions League Final
QUIZ: Name the Man United XI from the last time they led after 17 games
You may also like
1 month ago
"The way Tipperary approached this game, I thought it was refreshing"
1 month ago
Cillian O'Connor the record-breaker as Tipperary fairytale ends
1 month ago
"I think the momentum we had gained helped us against Cork" - Christie agrees with Tailteann Cup
1 month ago
Pride of place brings tireless Christie back to the place he knows so well
1 month ago
"His consistency for Tipperary over the years has been phenomenal"
1 month ago
"He took the attention off himself straight away. He won't get the credit he deserves"
Next Page