"If I was a GAA championship sponsor, I’d be asking why a month has passed with no effort to resolve the dispute."

"As people are aware, I play a bit of football/soccer, whatever you want to call it yourself.  A story from the soccer world has been in my head all this week.

END_OF_DOCUMENT_TOKEN_TO_BE_REPLACED

"You will remember when the long-disgraced Sepp Blatter infamously shared with the world media an FAI request; “Can't we be team number 33 at the World Cup? They have asked for that, really”, he guffawed following the Thierry Henry handball that denied Ireland a place at the 2010 soccer showpiece in South Africa. 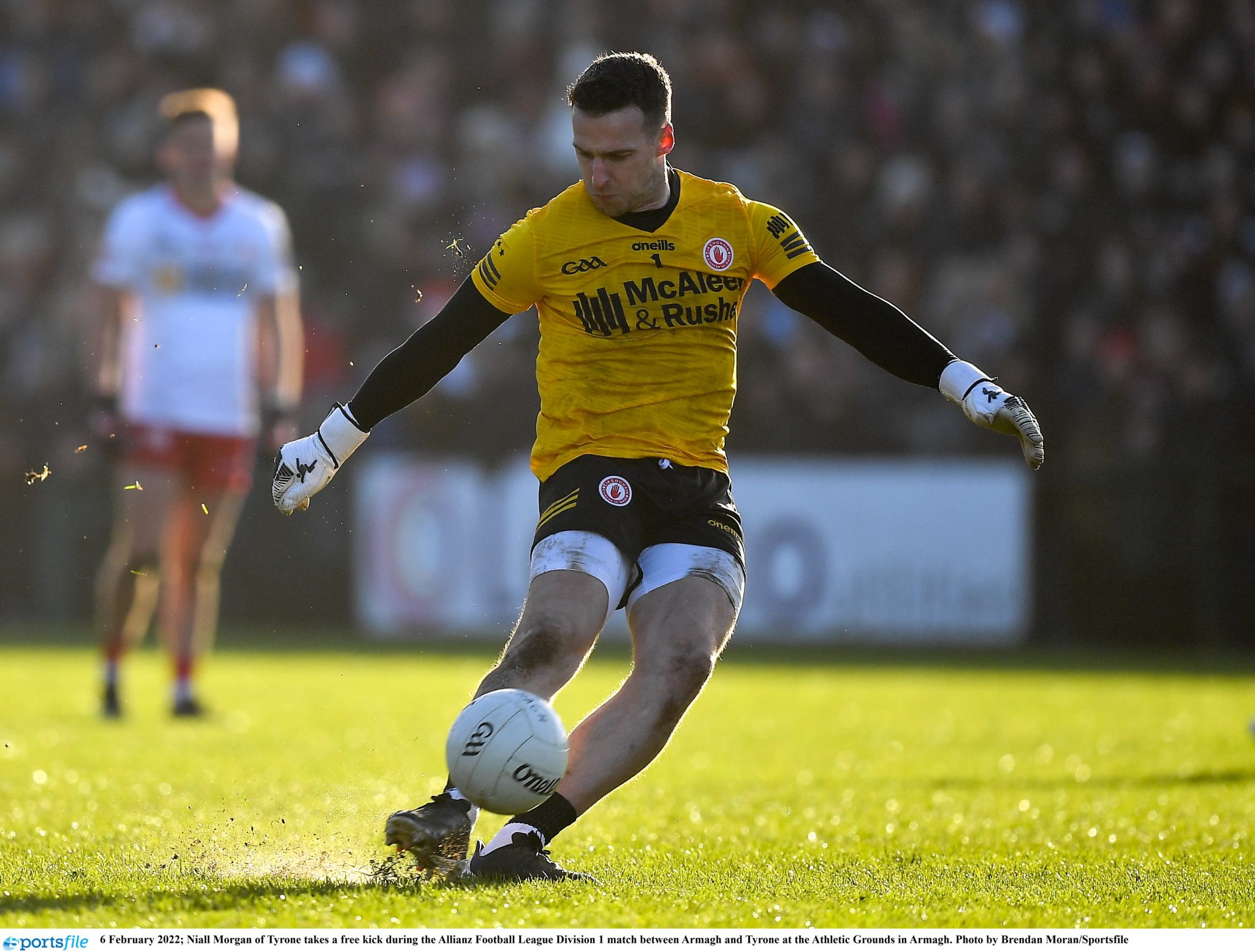 "I would hope there are not GAA leaders similarly laughing at players but I can tell you GAA hierarchy are not treating player number 33 on inter-county panels with any great deal of respect.

"Look at last week’s Division 1 league final.  By all accounts Mayo were carrying 7 to 8 injuries.  GAA hierarchy have decided to cap squads at 32.  If that was to be the case Mayo could not have even filled a match day squad of 26.

"They would also have been playing 12 on 12 in training in preparation for a national final. Disrespect to the players and the competition. 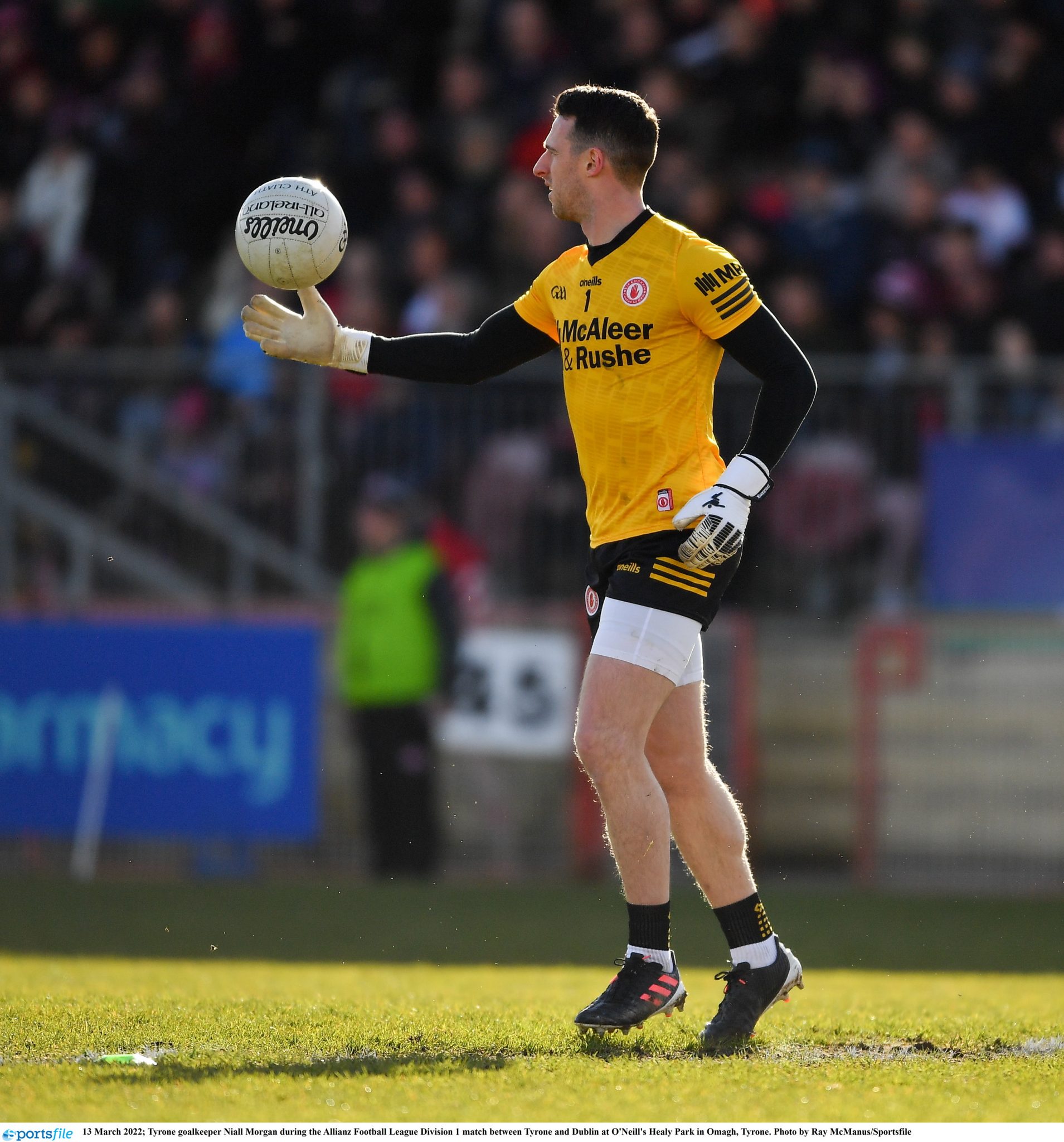 END_OF_DOCUMENT_TOKEN_TO_BE_REPLACED

"Turn your attention to Kerry and see how the GAA hierarchy clapped when David Clifford graciously thanked the 10 players who had not made the match day squad in his speech when collecting the cup.

"Four of those players fall outside of what that same GAA hierarchy recognise as the golden 32.  They can fend for themselves, not our responsibility, County Boards go figure it out!. Is that showing respect?

"Although we did not make the league final we, in Tyrone, had similar issues throughout the league with 10 or more players not training on some nights. 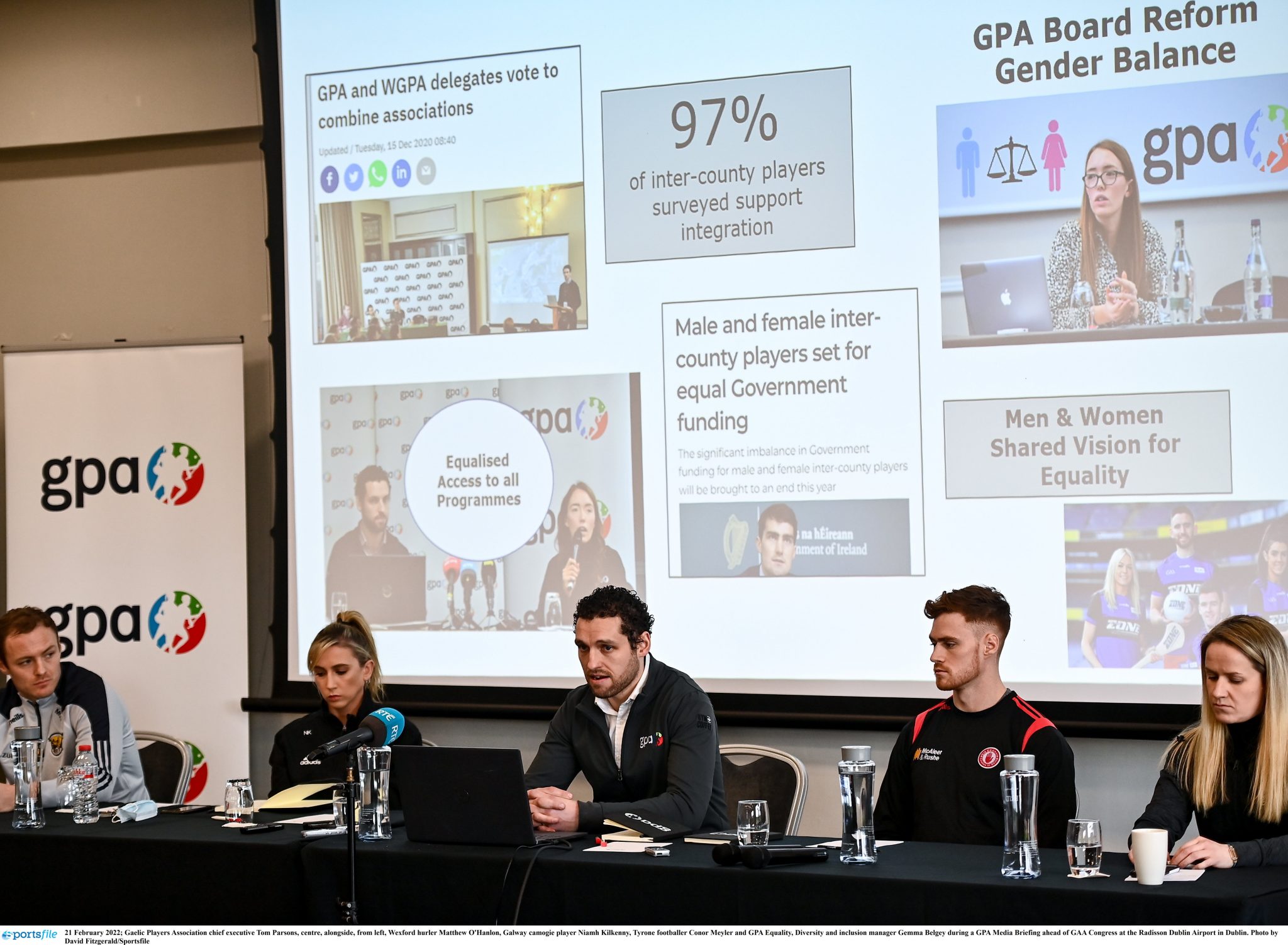 "How could we have prepared for serious intercountry fixtures should the panel have only been the 32 capped by the GAA? Or are managers expected to release injured players and bring in someone new every time someone gets hurt – player welfare?

"It goes further and deeper.  As the 33rd player on a panel, GAA hierarchy don’t mind if you are not treated the same as the other 32. They are allowing each individual county board to negotiate their own terms with these players. These players are left to fend for themselves and their expenses rest on the negotiating prowess that they, their GPA rep or their management team has.

"However, there are non-negotiables if your number 33: the effort you put in, the amount of times you train with your team, travel to county grounds, and your subject to the same anti-doping rules as the first 32. All of the expectations, but fend for yourself! 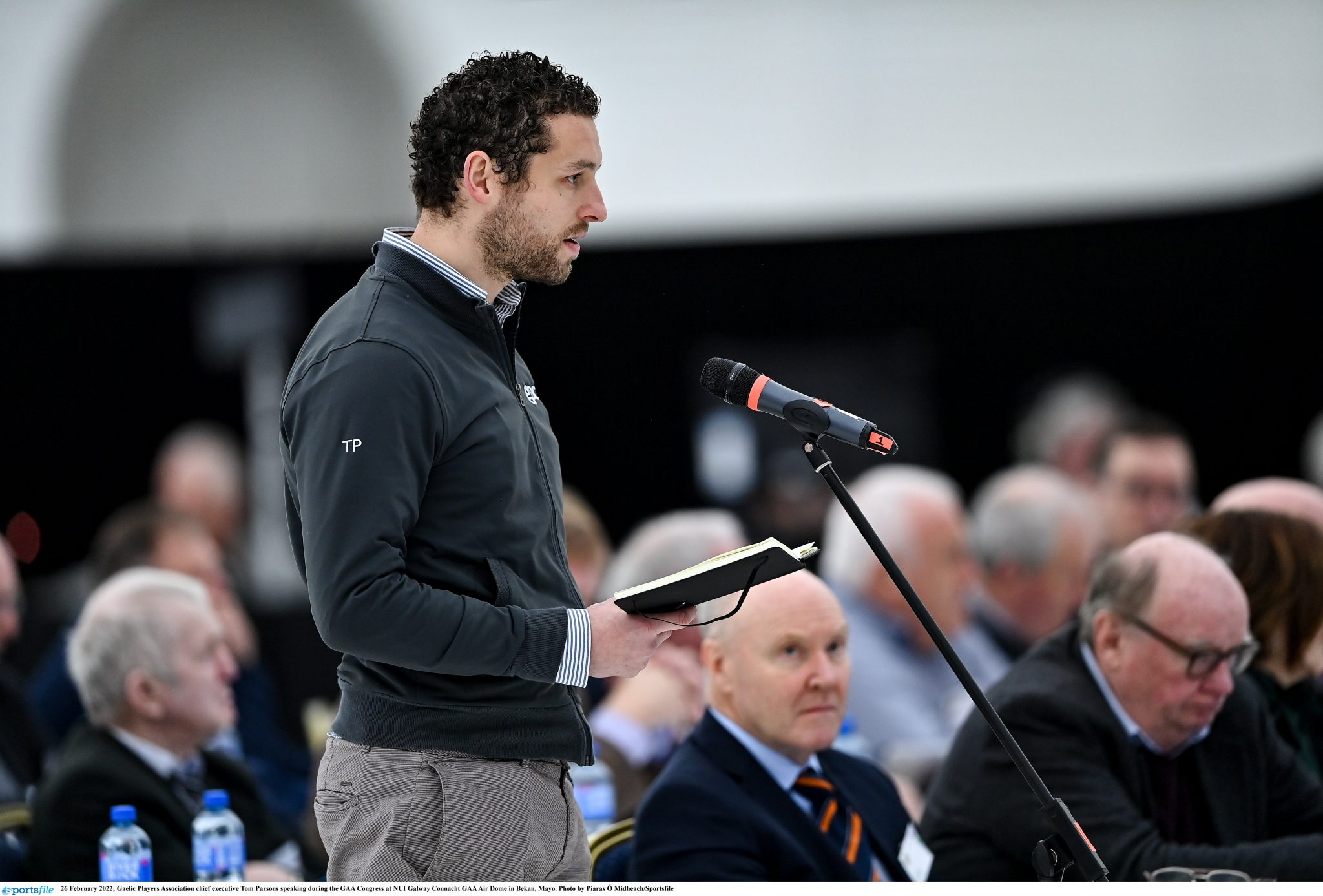 "I’ve been on calls with players from all over Ireland in recent weeks. They are livid. GAA hierarchy want to pretend they are not because expenses are being paid.

"But remember, they are being paid to 32 players only through the GAA’s centralised expenses system.  GAA hierarchy want to ignore player 33 and above.

"They will get great data from their centralised system, 32 players per squad in every County, and everyone training 4 times a week.  In reality, this is turning a blind eye to the reality. 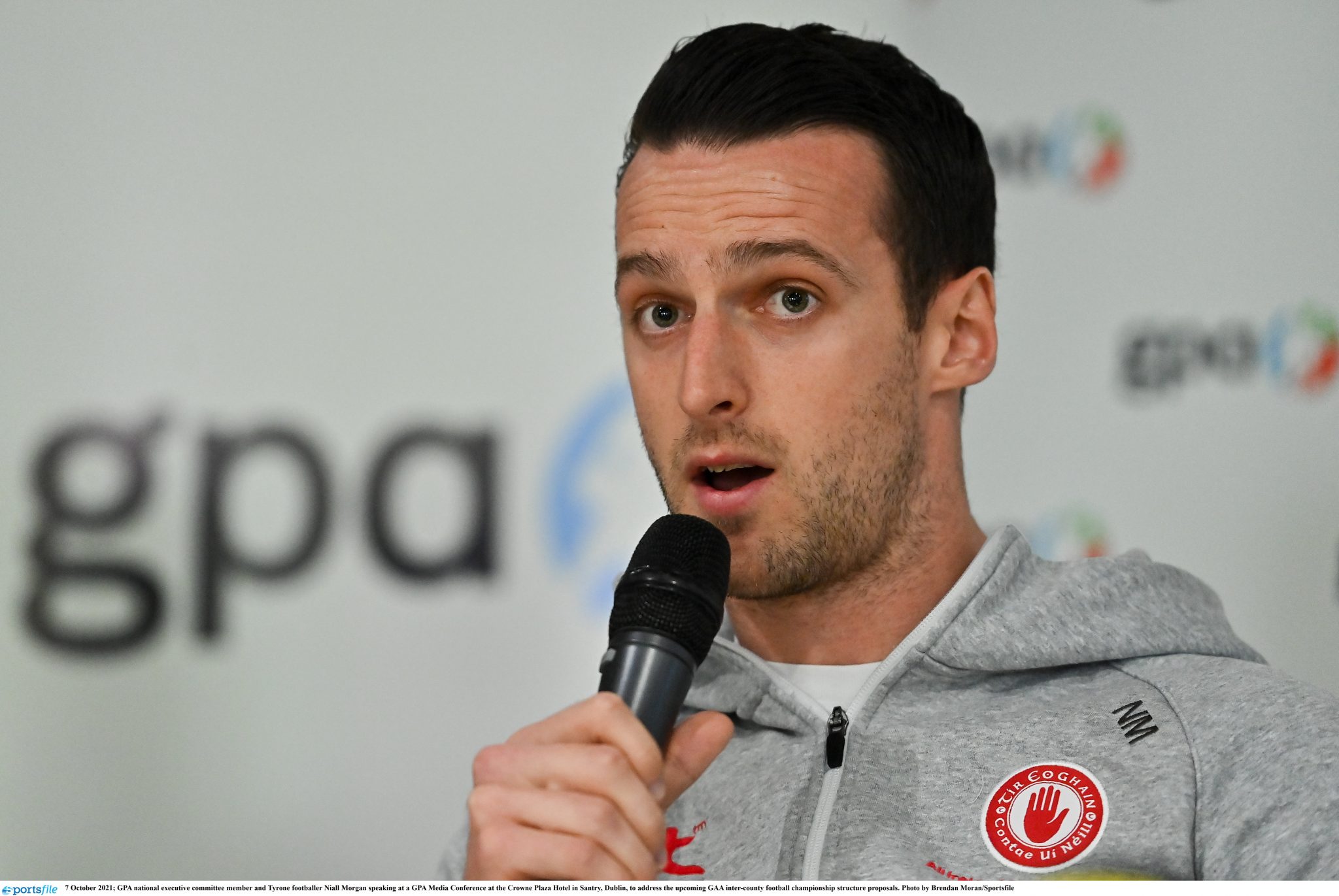 "One big example; players released from squads after pre-season or the end of the leagues are not offered any expenses in the imposed GAA Charter, unless their own county board value them enough to do so.

"That’s despite the charter the GAA are trying to impose stating: “It is recognised that there are three distinct periods in the lifetime of any panel

- The League Panel (from commencement of League) 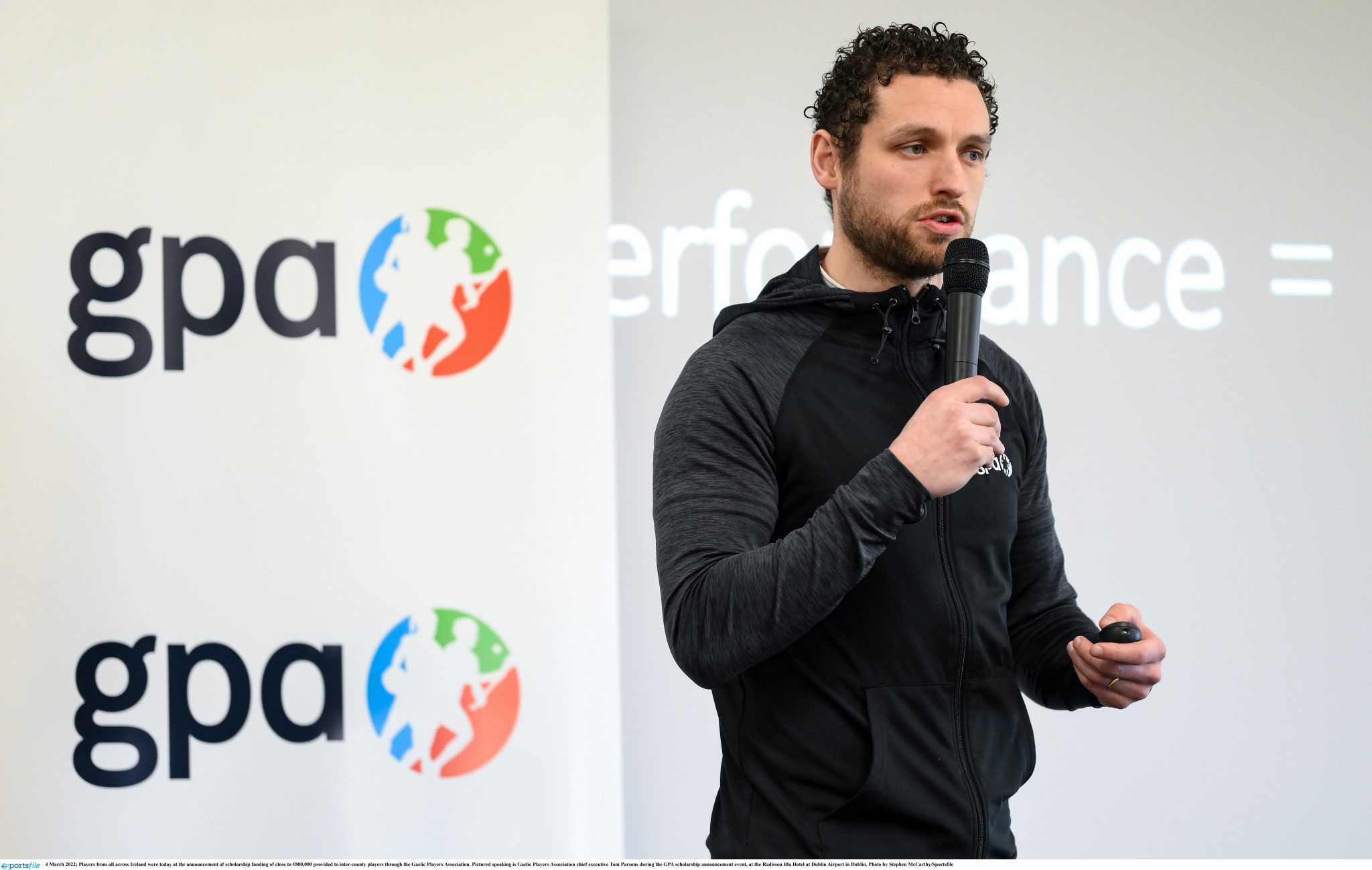 "April 1st?  April Fool’s if you’re player 33.  He can either rely on having a county board that isn’t trying to find loopholes not to treat him like his teammates or he can take the hit.

"Some would have you believe ‘the GPA’ are looking for more money and are being greedy.   The GPA is 4,000 players.  You know us.  We’re your club mates, GAA members, community members and friends.   Do we strike you as being greedy?

"We’re not looking for more expenses.  We’re looking for a return to what was in place pre-Covid as had been agreed in writing with the GAA hierarchy. And more importantly, agreed in good faith with the 2500 players. 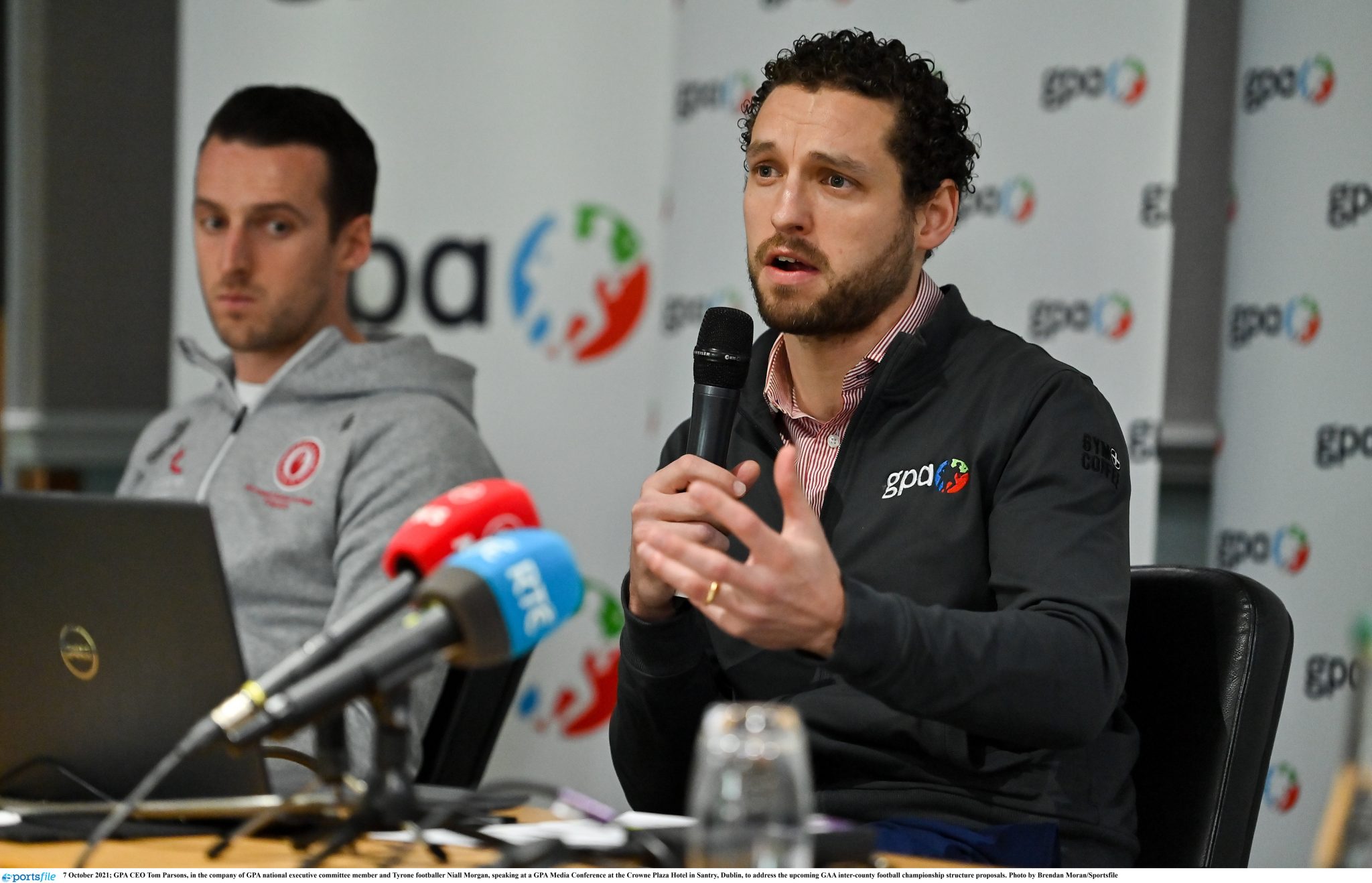 "However, the GAA hierarchy wanted to base the charter on the cost saving measures accepted by players during the pandemic, not on the 2016-2018 charter as the agreed baseline.

"The GAA’s position is that it will centrally pay for 4 sessions and anything in excess of that will be negotiated locally. So, it is OK to have any amount of sessions scheduled as long as the GAA HQ does not pay. This does not promote “good player welfare practice”.

"They reneged on an agreement, which just doesn’t sit well with players.  The imposed charter does use players as a cost saving mechanism and they’ve shown no urgency to try and sort the dispute out. 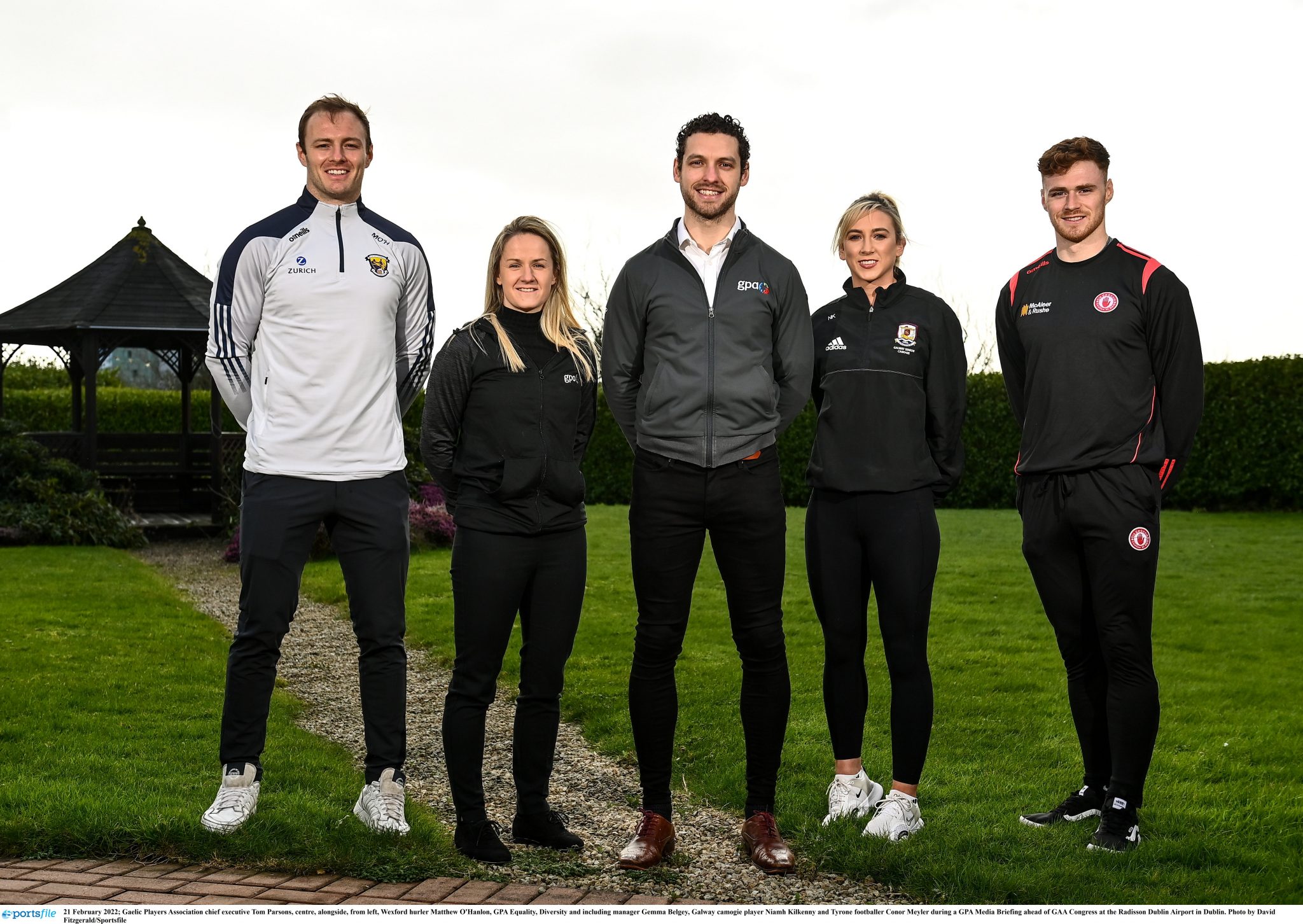 "I saw talk of ongoing negotiations this week.  They’ve not talked to players on this since March 10th!  If I was a GAA championship sponsor, I’d be asking why a month has passed with no effort to resolve the dispute.

"It would be easy for me to keep my mouth shut.  I am looked after in Tyrone and all our players are valued regardless of their number in our panel. But the GPA cannot rely on hope and good will, they need a Charter that protects all players, including number 33 and above. 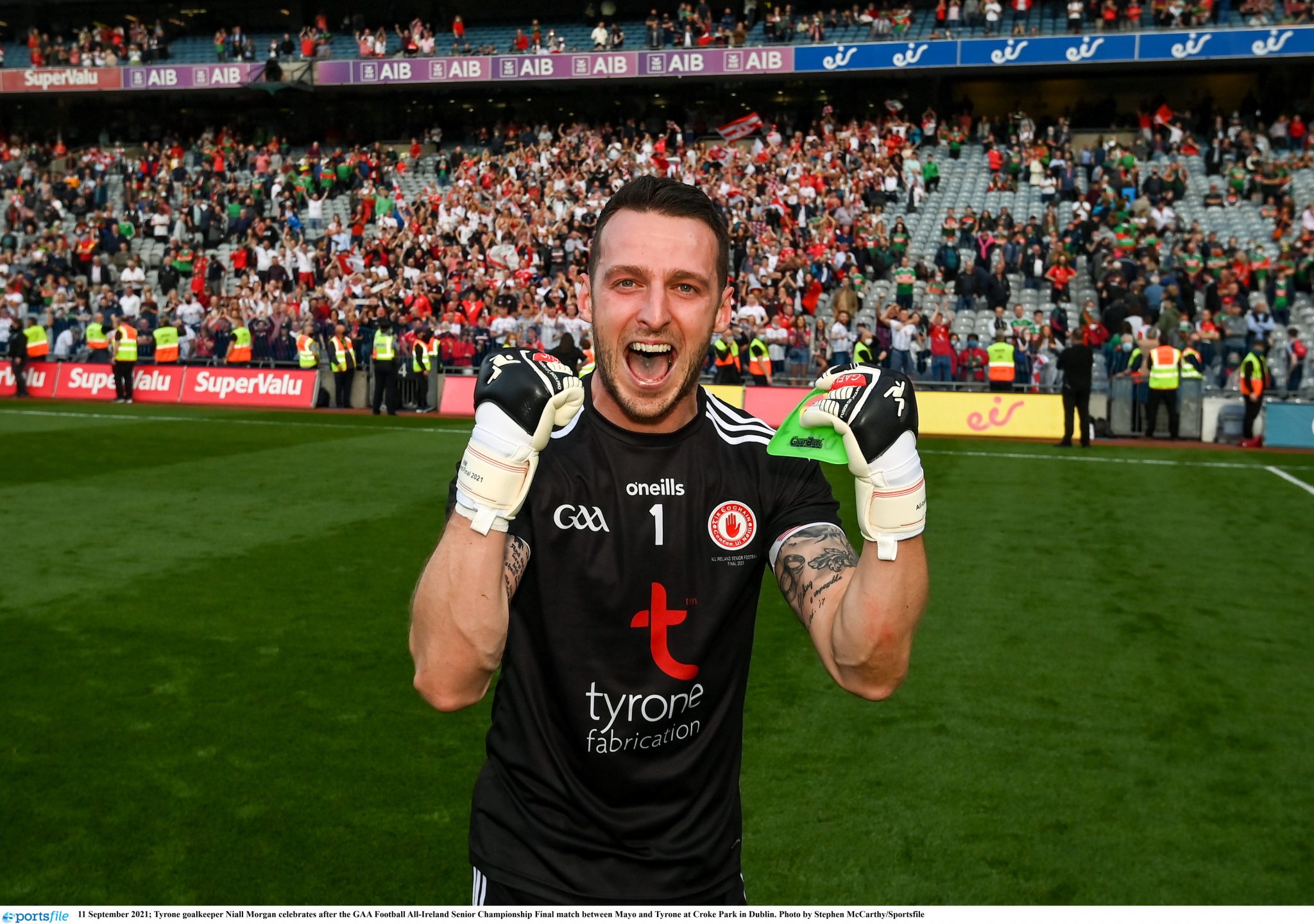 "If we as players stand for this, what will GAA hierarchy renege on next?  It took players years of a fight to get treated with respect by GAA hierarchy. That’s players in all counties; Tyrone or Tipperary, Leitrim or Louth.

"Player number 33 and above may not be seen as an equal by GAA hierarchy but, like David Clifford, I know that number 33 is every bit as important as the person wearing the number one jersey.


popular
Kilmacud Crokes to counter Glen's objection over extra players in All-Ireland final
"He's a serious specimen, 6 ft 3 as well, so he's an incredible athlete" - Geaney hails O'Connor's impact
"It's very clear how I felt about it. I had a very definite view on it" - McEntee on Dunboyne's 2005 semi-final saga
January transfer window 2023: Follow the latest updates live in our hub
Roy Keane on Man United's two most improved players since Ronaldo left
"He didn't give me that jersey back!" - Johnny Sexton on new rival Jack Crowley
The two toughest calls in Ireland team to face Wales are in the backline
You may also like
16 hours ago
Lidl launches One Good Club in support of youth mental health
1 week ago
O'Byrne Cup reduced to farce as Offaly withdraw from competition
1 week ago
Rory Gallagher expects Glen players to be back for Derry the week after club All-Ireland final
2 weeks ago
"That fecker, again?!" - A Dubliner's perspective of going up against Lee Keegan
2 weeks ago
The top five GAA players who never won the All-Ireland
2 weeks ago
Dessie Farrell reveals why Paul Mannion and Jack McCaffrey returned to Dublin
Next Page