Neil McManus is still the man for Antrim

Ever since he was 19 years of age, Neil McManus has been the beating heart of Antrim hurling.

For large parts of his career, their pulse only barely registered but McManus, that Cushendall stalwart, has been a key figure in keeping that great Antrim identity alive. Whether it was through inspirational feats with his club Ruairí Óg or with impactful contributions in the saffron and white, McManus was one of the men who helped to keep them hurling in the glens when the game was on its knees.

Now 32, there have been plenty of dark, lonely and dispiriting days since but on a glorious Sunday in Croke Park, Antrim and McManus had their day in the sun. A 0-22 to 1-17 win over Kerry in the Joe McDonagh final gave the county a sweet national championship as well as promotion's to hurling's top tier for 2021. That man McManus played a pivotal role in the triumph as a second half substitute, taking the momentum back out of Kerry's with four rip-roaring second half points. 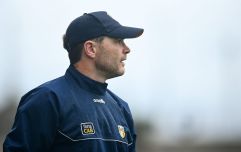 END_OF_DOCUMENT_TOKEN_TO_BE_REPLACED

Antrim hurling is on its way back. Their revival has taken flight in no time at all.

Coming on the back of a modest 2019 season, when they were well beaten by Laois and Westmeath in this competition, you could hardly say there was a whiff of revolution in the air.

New manager Darren Gleeson was a man with a plan though, and as the thrilling Antrim club final back in September showed, the Tipperary man had plenty of talent at his disposal. They breezed through the League, unbeaten on their way to taking the Division 2A title. In the October decider, a three point win over Kerry seemed like an important step on their journey. The only real disappointment on that day was an early hamstring injury suffered by McManus, which turned out to be much more serious than first feared.

So in the early rounds of the Joe McDonagh Cup, Antrim had to do without their talisman but it spoke volumes about the team that they were undeterred. Men like James McNaughton, Niall McKenna, Ciaran Clarke and Conal Cunning stepped up as their League form continued into the championship. Westmeath were hammered on the opening day and Carlow were the only team to avoid defeat to Antrim in this competition when the teams drew a thrilling second round game.

Antrim have won the Joe McDonagh Cup, and they will compete in the All-Ireland senior hurling championship in 2021 🏆 pic.twitter.com/qqapI1RW7D 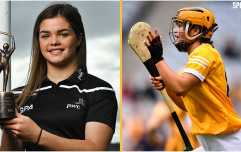 END_OF_DOCUMENT_TOKEN_TO_BE_REPLACED

In Sunday's final, they would have to beat Kerry for a third time this year and with some early breaks going against them, it looked like the Antrim journey may have been running out of legs.

But then their man for all seasons stepped up with a seismic contribution. Two from play, two rakers from frees - his mere presence breathed new life into their challenge. McManus deserve this day in the sun, and it looks there are brighter days ahead for Antrim.


popular
Solskjaer gamble on Harry Maguire backfires in most horrendous way
WATCH: Munster fans in Paris pay tribute to Anthony Foley with spine-tingling Fields of Athenry rendition
José Mourinho swaps Conor McGregor a Roma jersey for some whiskey
GAA at its best as Bellaghy players run into team-mate who buried his father that morning
"I'll go back running the roads now and make sure my body doesn't get lazy"
Alex Ferguson wrote Mickey Harte a letter - ex Tyrone boss reveals in new memoir
Jeff Stelling loses it during Soccer Saturday after Brighton was denied a blatant penalty
You may also like
3 months ago
Laois rise to the occasion to relegate Antrim in an absolute thriller
3 months ago
Antrim Ladies Gaelic football team - The only Ulster GAA team with all-female coaching staff
3 months ago
Danny Sutcliffe catches puck-outs for fun as Kenny's plan comes good
5 months ago
"In hurling, the system really works. The Leagues are structured well and so are the championships"
5 months ago
"He did a great impression of not caring where the ball was" - Casey's movement a sight to behold
5 months ago
Sensational scenes in Belfast as Antrim edge out Clare in a thriller
Next Page