“I haven't worked since the injury."

Neil McGee has suffered with back spasms in recent years, something e has had to manage throughout training and matches.

Against Tyrone earlier in the Ulster championship, McGee took a bad blow which resulted in a serious spasm, that not only forced him off the pitch, but has kept him from working since.

The Gaoth Dobhair veteran, told the Irish News about the injury, the Tyrone match, and his hopes of returning to football this season.

“It was disappointing, but in fairness to the lads they kept battling away, but it was just too much of a hill to climb, but that is the way football goes”.

McGee who is employed by KN, is “just trying to get back to work in a few weeks' time”. 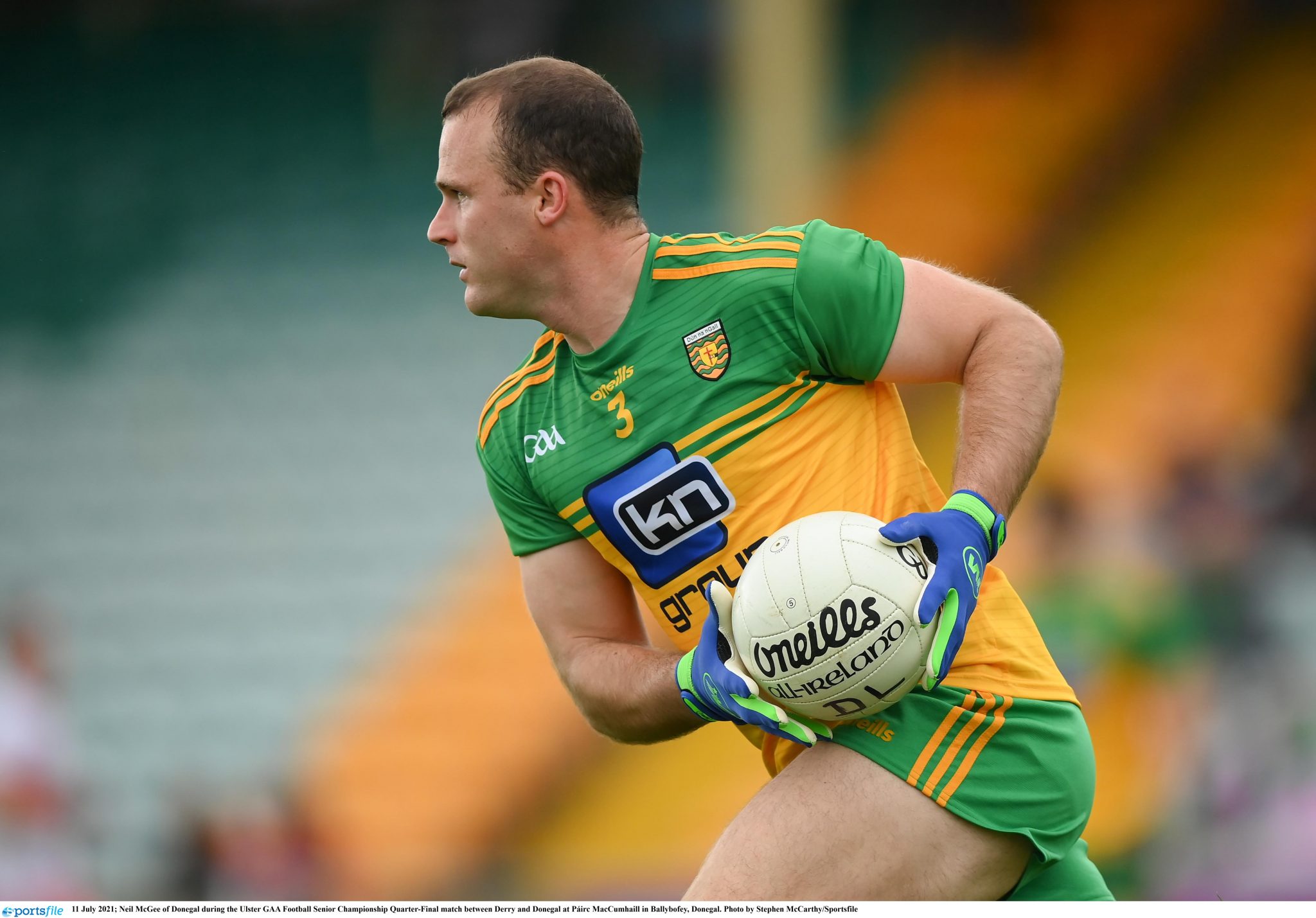 “I haven't worked since the injury so that is my main priority at the minute. But I must say my employers have been very good.

“The back flares up now and then and I am trying to build it up and maybe be able to line out for the club if we are still there towards the end of the championship.

“It is about getting mobility back and I am off for eight weeks now.

“I hope to be back at work in the next week or so.

“If I can be back at work and all going well, be back with Gaoth Dobhair towards the end of the championship.”


popular
It's often forgotten that Tommy Walsh began his career with the same stardom and promise as David Clifford
Paul Scholes calls a spade a spade after comeback win
Derry club win county final factfile games with extravagant set of jobs
Jordan Larmour primed for a season to remind everyone how good he is
Paul Scholes says Paul Pogba is a "daydreamer" and Fred and McTominay are "limited footballers"
Shane Walsh: 'That's not how I was coached to play football. No one was coached to play football that way'
Spicy Donegal semi-final the highlight of a rip-roaring weekend of GAA on the tv
You may also like
2 days ago
James Horan doesn't fully back league-based championship proposal
3 days ago
"It's an incredible thing" - Dean McGovern explains his emotions after Ballinamore end 31 year wait for Leitrim championship
3 days ago
Ireland star Will Connors on his rude awakening playing GAA in KIldare
6 days ago
“How it finished was not the way I would have chosen" - Mickey Harte reveals how his time with Tyrone came to an end
6 days ago
Alex Ferguson wrote Mickey Harte a letter - ex Tyrone boss reveals in new memoir
1 week ago
Why everyone should be tuning in to the Tyrone championship
Next Page