Someone somewhere is watching over the Kildare champions as Naas looked dead and buried on several occasions, but still managed to get over the line against an excellent Shelmaliers side on Saturday.

The Wexford champions were the much better side throughout the match, despite going into the game as underdogs.

They played an excellent game of one-touch football, keeping possession for long periods, and often had Naas chasing shadows for large parts of the competition. 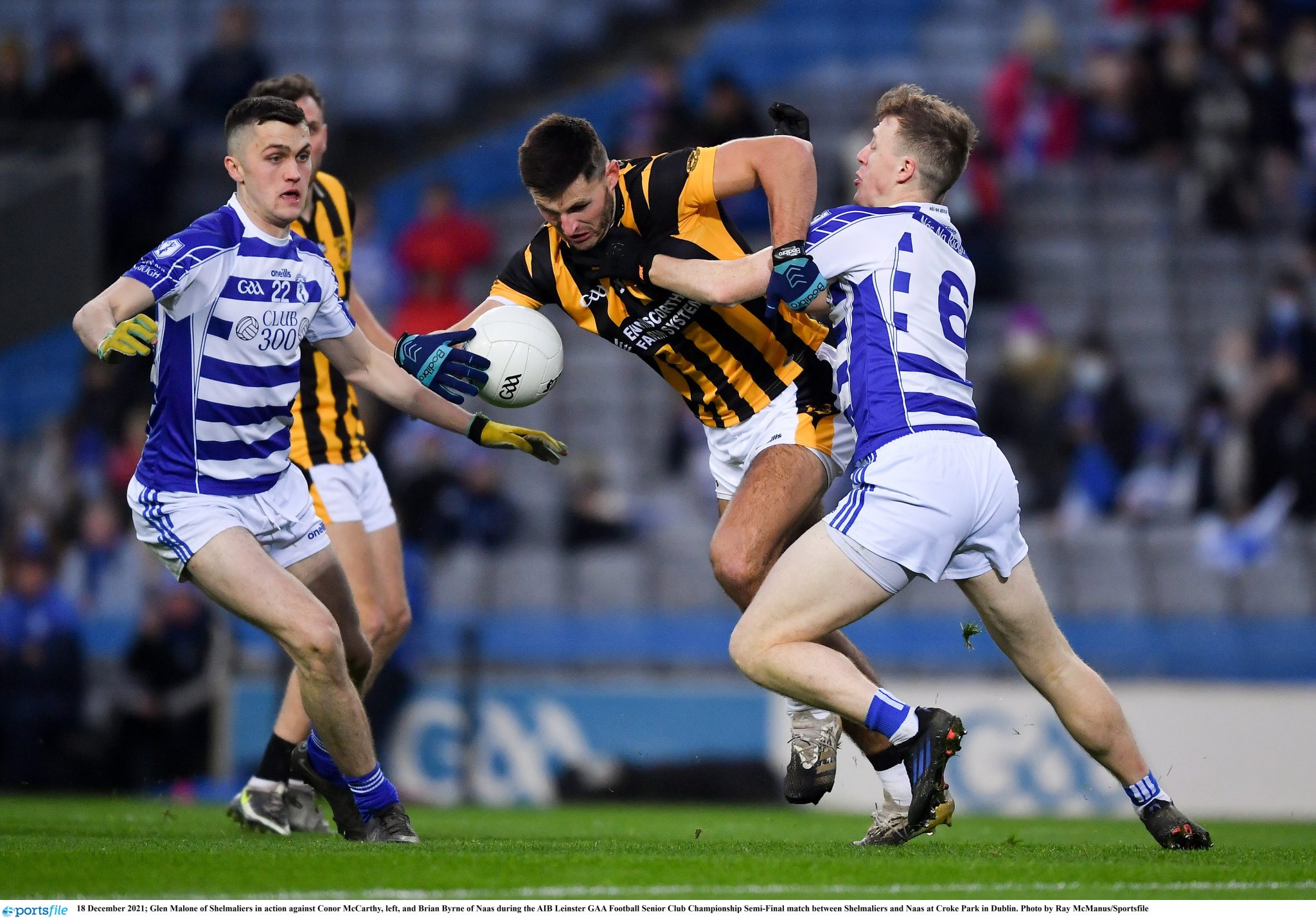 END_OF_DOCUMENT_TOKEN_TO_BE_REPLACED

With a four-point lead and a strong defensive set-up going into the last ten minutes, it took some magic from Darragh Kirwan who collected the ball after a brilliant Eamonn Callaghan run, swivelled himself into some space, and struck the ball low and hard off his left boot, to bring the game to a point's edge.

With their tails up it seemed like momentum had finally swung the way of the Kildare side, until a late closed fist tackle from Brian Stynes was deemed enough by the referee to merit a red card, and leave the white-and-blue side down to 14 men. 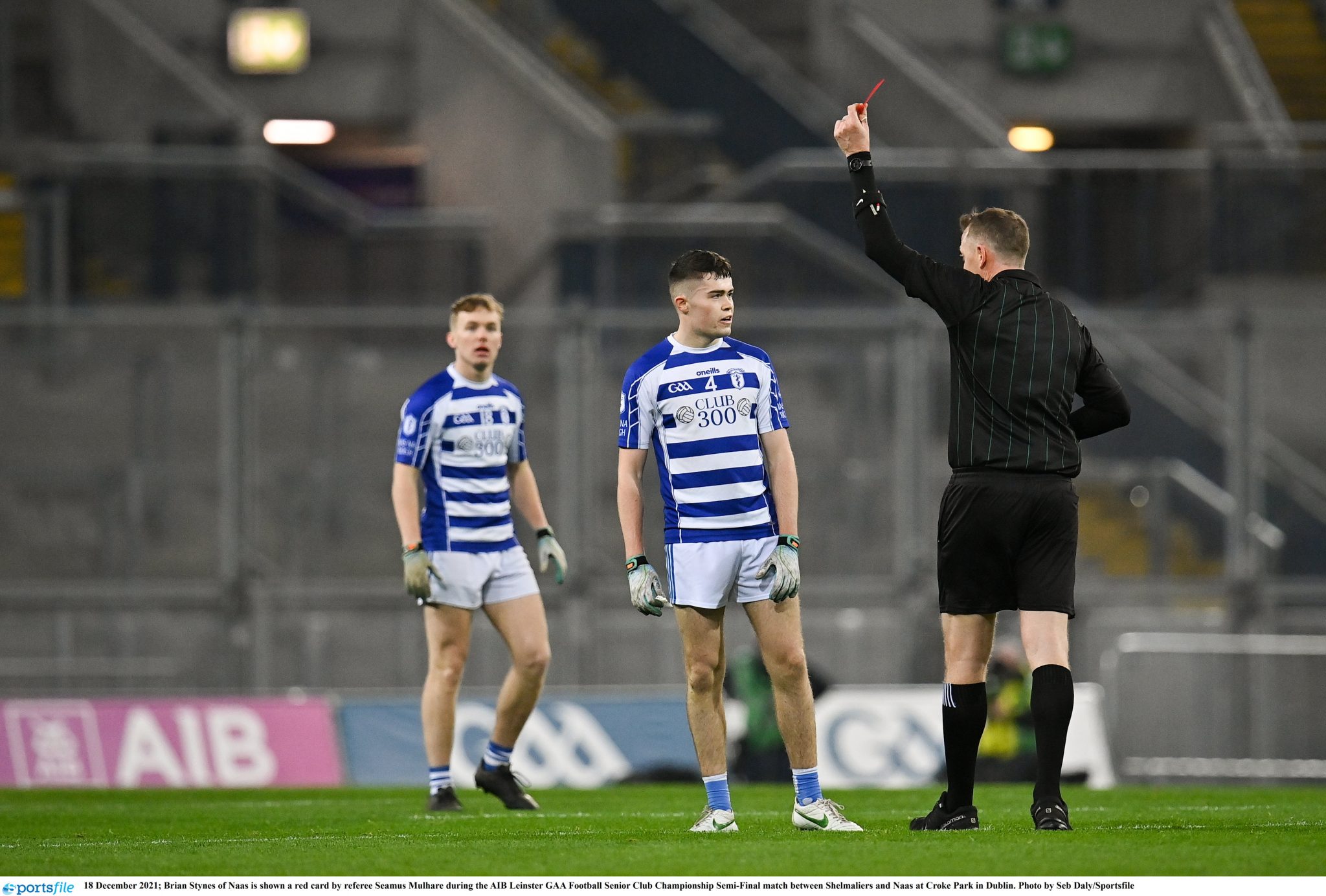 END_OF_DOCUMENT_TOKEN_TO_BE_REPLACED

With two minutes of normal time to go, Naas managed to engineer a free kick - which was calmly slotted over by Callaghan - and it seemed he was destined to be the hero.

That was until Shelmailers used the extra man to their advantage and worked their way into a one-point lead once more. 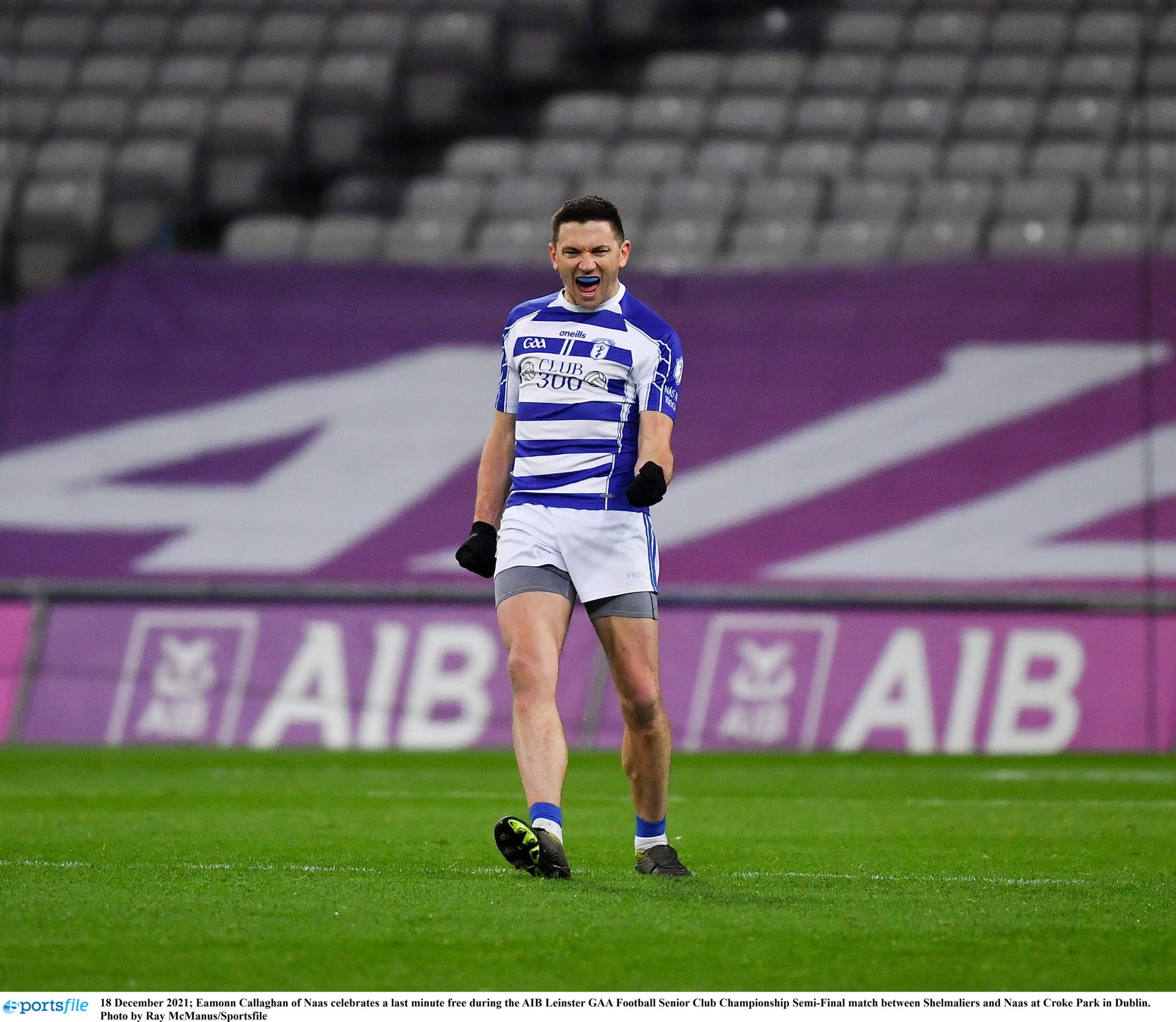 END_OF_DOCUMENT_TOKEN_TO_BE_REPLACED

With a full minute over injury time, it looked like the game was over until history repeated itself, and a free kick was awarded to Naas, giving club legend Eamonn Callaghan yet another chance to save his club, and send the game to extra time. 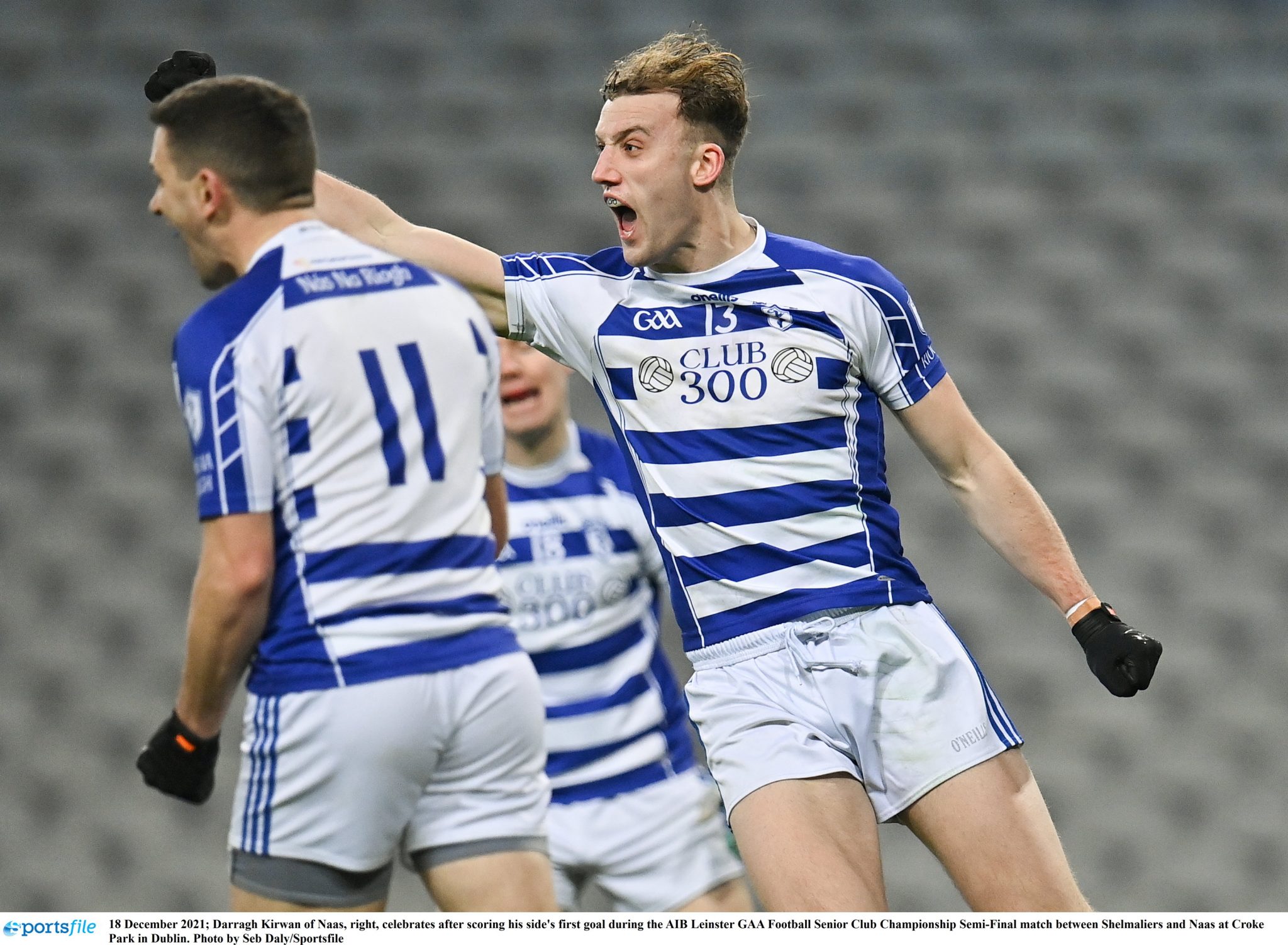 It was that man again - 39 years old and 22 years since making his club debut - that scored the first point of the second half of extra time.

Glen Malone however had something to say about it, scoring the second of two quick fire points to bring it to a one-point game YET again, with just five minutes on the clock.

But there is simply no stopping this Naas team. They broke in numbers and Dermot Hanifin put the nail in the coffin with a late goal. 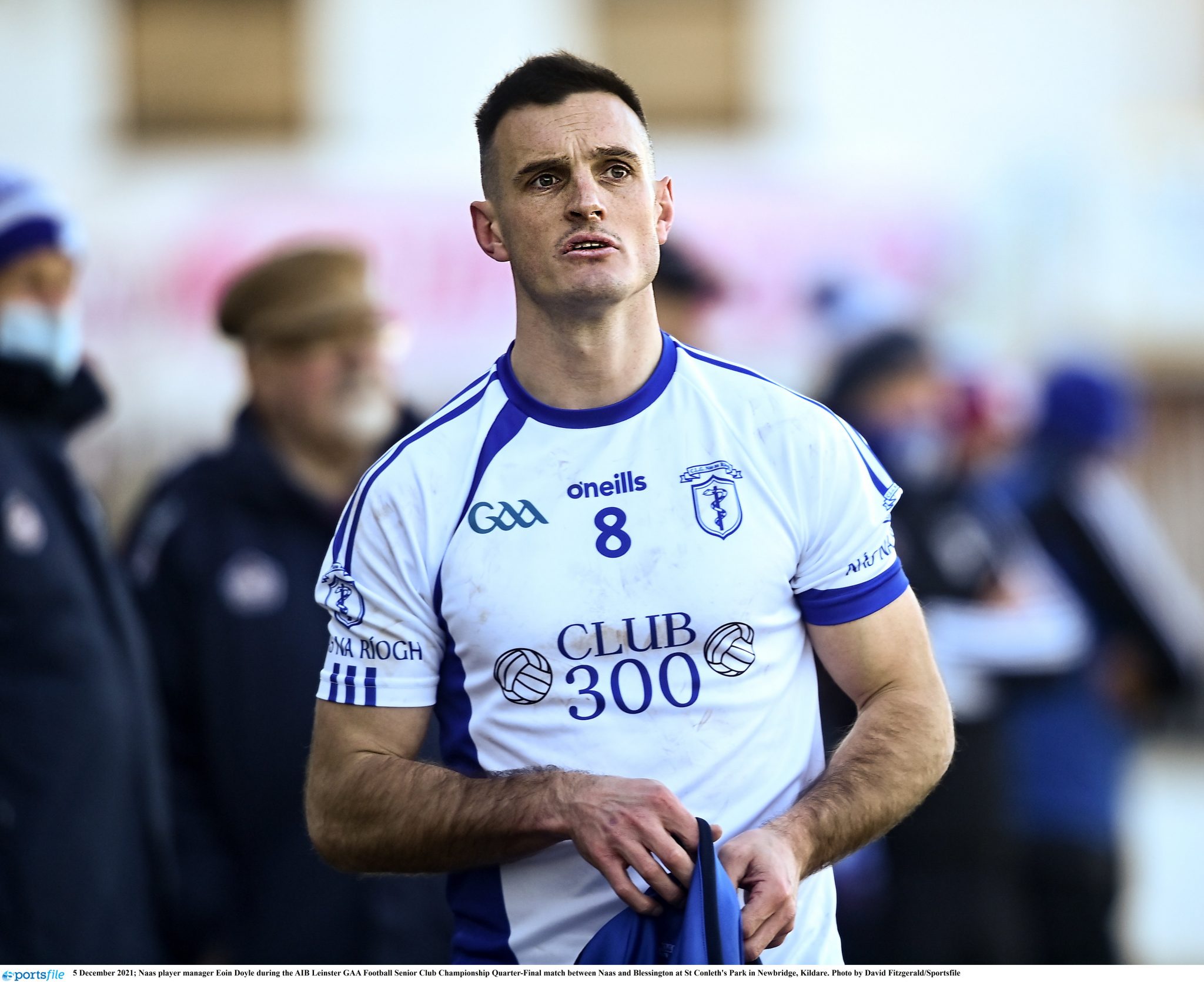 We haven't even mentioned the fact that this is a player-led team, having been without a manager since the semi-final stages of the county championship.

Club legend Eoin Doyle took his already mounting captaincy responsibilities to new levels when he took the role as player-manager, and has now led his side to their first ever Leinster final.


popular
'I was so stressed the week before the All-Ireland and I ended up having a panic-attack' - O'Shea and O'Sullivan open up
Roy Keane's issue with Argentina star could rival Graeme Souness and Paul Pogba
Roy Keane cracked up Ian Wright and Gary Neville with England team spirit remark
Roy Keane takes moment on TV to pay tribute to his old team in Cork
The nine England World Cup footballers who could have played for Ireland
Lionel Messi makes Gary Neville eat his words after "silk pyjamas" comment
Roy Keane shoots down ITV presenter's 'excuse' for England's draw with USA
You may also like
2 weeks ago
Munster, Connacht and Ulster GAA clashes stack your TV guide this weekend
3 weeks ago
Jamie Clarke takes sabbatical from soccer to commit to Crossmaglen
3 weeks ago
Paul Finlay reveals secret to high performance in your late 30s
3 weeks ago
The one moment that shows why David Clifford is the best player around
4 weeks ago
Quiz: Can you name these intercounty GAA teams from their nickname?
4 weeks ago
The five most unlucky players to miss out on an All-Star
Next Page