It's not a party until Jumpin' Johnny Peters shows up.

Not in Newbridge anyway.

Even when it's December 17 and the pitch is soft and the air is biting, the most special moments of club players' lives can be cut out and immortalised in random locations around the country. 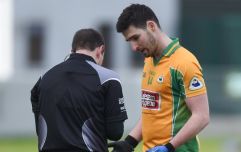 END_OF_DOCUMENT_TOKEN_TO_BE_REPLACED

For Moorefield, what happened in Portlaoise on Sunday and the last seven minutes of game time in particular will never be forgotten in the club's proud history.

“It's not about what you win, it's about who you're winning with and, yes, who you're failing with...” writes @ConanDoherty https://t.co/FaR1Q9v7tv

For the lucky few who reach the top, it would almost break your heart looking on from the outside wondering what that feeling must be like. 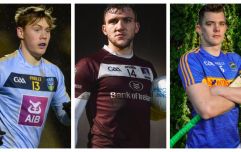 END_OF_DOCUMENT_TOKEN_TO_BE_REPLACED

That's why you keep going, to get those moments with your own people and to get them all for yourself.

Moorefield arrived home on Sunday night into Newbridge and it was honestly just beautiful. 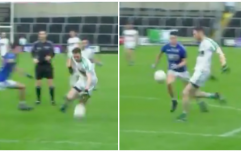 Moorefield centre back bursts through three tackles to split the posts

END_OF_DOCUMENT_TOKEN_TO_BE_REPLACED

Whilst Jumpin' Johnny Peters sang them out of the battlefield in Laois, it was the club people who made it all the more special on the roads of Kildare.

Men, women, children flooded the Newbridge streets in celebrations under the dark sky as elderly folk, kids on shoulders and grown men jumped around with their hands in the air to welcome the Moorefield bus back into town.

Unbelievable scenes for @MoorefieldGAA. This is what winning a provincial championship looks like pic.twitter.com/CrsOuD28k9

It was just the club's second ever Leinster success but this one came in the most crazy of circumstances and, by Jesus, it was celebrated in the most special way - the sort of way that would make the rest of Ireland jealous.

This is Moorefield's night forever. The rest of us can just try to copy it some other time.


popular
"He rode him like a machine rather than a racehorse" - Mullins doesn't spare Townend as second string come good
"Remember that name" - Sonny Bill Williams raves about Ireland U20 star after outrageous try assist
Matt Williams wants two changes and Peter O'Mahony benched for Ireland vs. France
Ireland vs Wales: All the big talking points, moments and player ratings
Peter O'Mahony reaction to Liam Williams scuffle shows he may finally be mellowing
Warren Gatland says Andrew Porter needs 'kick up backside' after flashpoint tackle
"The truth is I've never actually worked a day in my life" - Russell bows out on his own terms
You may also like
5 years ago
Stories will be told and retold of the day Moorefield won a Leinster title that was already in Westmeath
8 years ago
Connacht final and Leinster semi's the highlights of weekend's club football
2 weeks ago
Late screen-grab shows Kilmacud Crokes defended Glen's last attack with 17 men on the pitch
2 weeks ago
Classy Cody in a world of his own as the Shamrocks win a ninth All-Ireland club hurling title
2 weeks ago
Jacqui Hurley takes over as The Sunday Game announce a star-studded team of pundits
2 weeks ago
QUIZ: Which Gaelic Football hard man are you?
Next Page