Michael Murphy's black card sums up the problem with this shambles

It doesn't take much to help you lose faith in this rule but Michael Murphy's black card will definitely send you on your way.

You see a spike in site analytics - it probably happens in every media company - during a game when another contentious decision is made. Everyone is searching for information and clarity and they end up on an article from 2014.

What are the offences that warrant a black card? Everyone searches for that article because every time one of those cards are dished out, it seems to be for a different reason.

They're in their third season now but referees seem more confused than anyone.

Offences or fouls to be punished with a black card

There's nothing there that even deals with cynically pulling a player back and stopping him going through on goal - a blatant, cynical foul or, you know, the reason the black card was brought in in the first place.

A player has never been black-carded for verbal abuse of an opponent either - perhaps that would've stopped everyone whinging about Niall Morgan against Down.

A referee has never had the stones to send a player off for talking back to them - the GAA has therefore virtually done nothing to help weed out the on-field treatment of officials in that regard. 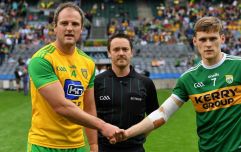 'Michael Murphy would be the No.1 transfer for every inter-county side'

END_OF_DOCUMENT_TOKEN_TO_BE_REPLACED

But those are just the accepted inconsistencies. The culture has embedded so badly that we're allowed to be completely ignorant of 40 per cent of the black card offences but matters aren't helped in any way when you have incidents like Michael Murphy's black card against Galway on Sunday.

Shane Walsh comes out of defence towards his own 65'.

Donegal aren't exactly straggling to get men behind the ball. 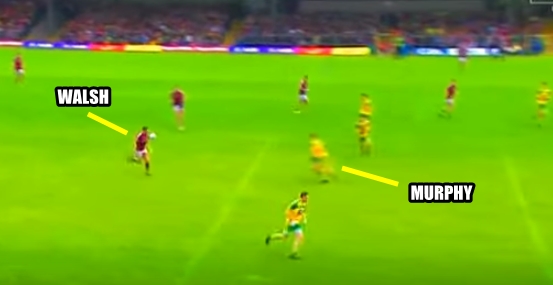 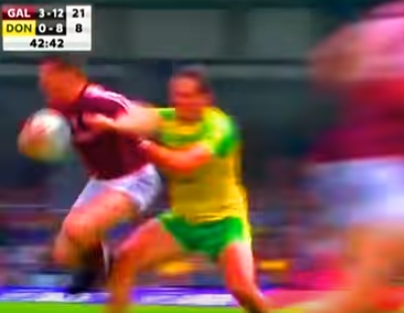 Referee Anthony Nolan might argue that it was a trip. 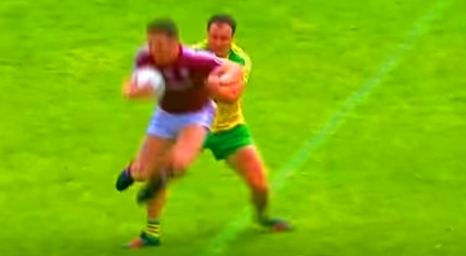 A lot of the problems with the black card are definitely how they're being applied by officials.

They're reaching for cards when there's absolutely no need for them, it's like they don't consider that a talking to is an option. In too many other cases, deliberate acts of cynicism are overlooked because referees seem afraid to make such a harsh judgement for what sometimes seem like inconsequential fouls.

The application of the rule is of course one of the biggest issues when two of the five offences (verbals and remonstrating) are permanently ignored and the rest are open to inconsistent interpretation.

But the rule itself needs to be rewritten because if referees actually applied them as they should, it would be even worse.

The black card's purpose is to stop cynical play, it's not there to prevent bad fouls from head on in the opposition half when there's no sign of even an attack yet.

Take out the verbal element to the rules because they're never applied anyway. Add in a cynical foul - whether it's pull down or pull back because cynicism is bloody cynicism. And please, just please adopt a common sense approach as to what is a professional foul or not. Ask whether this could be cynical play and whether it is or not - that should be the first question before looking at the technicality of the foul. That's what it's there for.

That would help for starters.

popular
Peter Sagan pays classy tribute ahead of Sam Bennett's big moment
Irish cyclist Sam Bennett delivers classic putdown to British cycling magazine
Sam Bennett admission shows how incredible his final stage win was
Luke Shaw steps up to make common sense plea to Ed Woodward
The SportsJOE 12 o'clock quiz | Day 183
"I didn't like how it came about, what with happened to Drico" - Gareth Thomas
The SportsJOE 12 o'clock quiz | Day 182
You may also like
1 year ago
Donegal enjoying the best of Michael Murphy because of everyone else
1 year ago
Jason Quigley on world titles, moving home and Michael Murphy
2 years ago
Michael Murphy boldly speaks about the only chance teams have of beating Dublin
2 years ago
There was a strong reaction to Michael Murphy's debut on The Sunday Game
2 years ago
Michael Murphy to join The Sunday Game panel for semi finals analysis
2 years ago
"He was a liability there" - Joe Brolly says Michael Murphy's role is not good enough
Next Page