For any kid that has ever had some middle aged man berate them on a Gaelic football pitch for trying a skill from 'that foreign game', you've been vindicated, as one of the best players in Gaelic football showed on Sunday that not everything learned from the world of soccer is necessarily a bad thing.

Donegal convincingly defeated Down in their Ulster semi-final over the weekend to advance to their seventh provincial final in the last eight years with a 2-22 to 0-12 win at St. Tiernach's Park.

Jamie Brennan led Donegal with 1-3 from play while forwards Paddy McBrearty and Michael Murphy combined for 11 points between them.

Murphy knocked over five scores of his own, three of which were frees, but it was his Zinedine Zidane-esque roulette that really caught the attention.

The Donegal forward starred in AIB's The Toughest series last year and seemed to enjoy training with French rugby club Clermont, but maybe he might be more suited to the round ball game on the evidence of the skill he showed against Down. 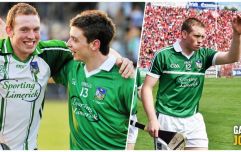 "Shane was just gifted. He could play centre back, centre forward, he had everything"

END_OF_DOCUMENT_TOKEN_TO_BE_REPLACED

Donegal manager Declan Bonner said that he was happy with his side's display against Down and he hailed his players' performance during the game as professional.

“We got scores on the board and the threat was coming from all over the park,” said the Donegal boss.

“The lads started playing with that bit of freedom. You’d have to say Down didn’t put the challenge to us.

“From our point of view, we can only look after ourselves and beat what is put in front of us.

“You have to go out and do a professional job and I thought we did adapt and to have 10 different scorers was very pleasing.”


popular
The SportsJOE 12 o'clock quiz | Day 104
James Haskell on text exchange with Peter O'Mahony after Ireland's victory over Scotland
David Beckham recalls how a trip to Ireland got him in trouble with Alex Ferguson
"Shane was just gifted. He could play centre back, centre forward, he had everything"
The SportsJOE 12 o'clock quiz | Day 103
"The academy boys have turned into small monsters over the past few weeks" - Peter O'Mahony
"I have more work done than any player in Ireland" - The Trevor Giles tribute show
You may also like
8 months ago
Real Madrid are La Liga leaders but remain deeply flawed
1 year ago
Gareth Bale denied potential final appearance for Real Madrid
1 year ago
Real Madrid look to move for Manchester United defender
1 year ago
Zidane: Why shouldn't Paul Pogba come to Real Madrid?
1 year ago
Signing Sadio Mané is Zidane's top priority this summer
1 year ago
Zinedine Zidane shopping in Chelsea for first Real Madrid transfer
Next Page