If you watched the Tyrone u20 side that defeated Kerry last weekend in the All-Ireland semi-final, a few things would have probably caught your eye.

The dazzling performance of Ruairi Canavan, son of Peter The Great, would have been one, but you're attention would almost certainly have been drawn to the big number 14 bulldozing past players like they weren't even there. 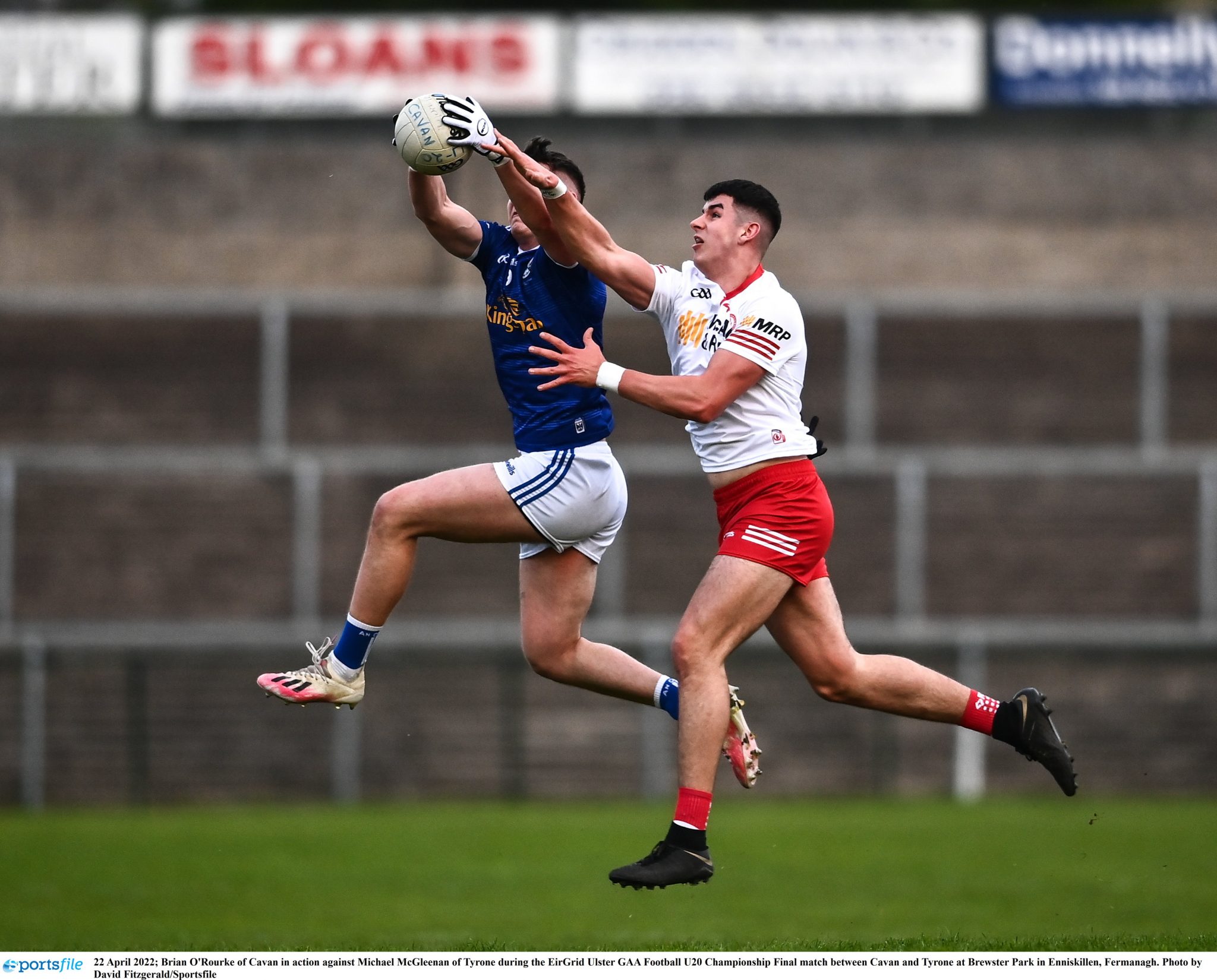 END_OF_DOCUMENT_TOKEN_TO_BE_REPLACED

Michael McGleenan's performance was exceptional for many reasons, but such is the world of social media, the clip of his fantastic point, where Kerry defenders just bounced off him, was doing the rounds everywhere.

It of course promoted that usual joke about every big lad who dominates in underage games, and that's the call to see his birth certificate and make sure he's definitely u20.

That lad's only U20! Tyrone have a complete and utter bull of a full forward in Michael McGleenan 🐂pic.twitter.com/72z2c4KqzL

END_OF_DOCUMENT_TOKEN_TO_BE_REPLACED

Paul Devlin has successfully managed this Tyrone team to the All-Ireland final, and will play Kildare this Saturday for the biggest prize up for grabs.

Thankfully, for all of those who were concerned, he has indeed confirmed that McGleenan is playing in the right age bracket.

"He's definitely u20," laughed Devlin at an EirGrid preview event. 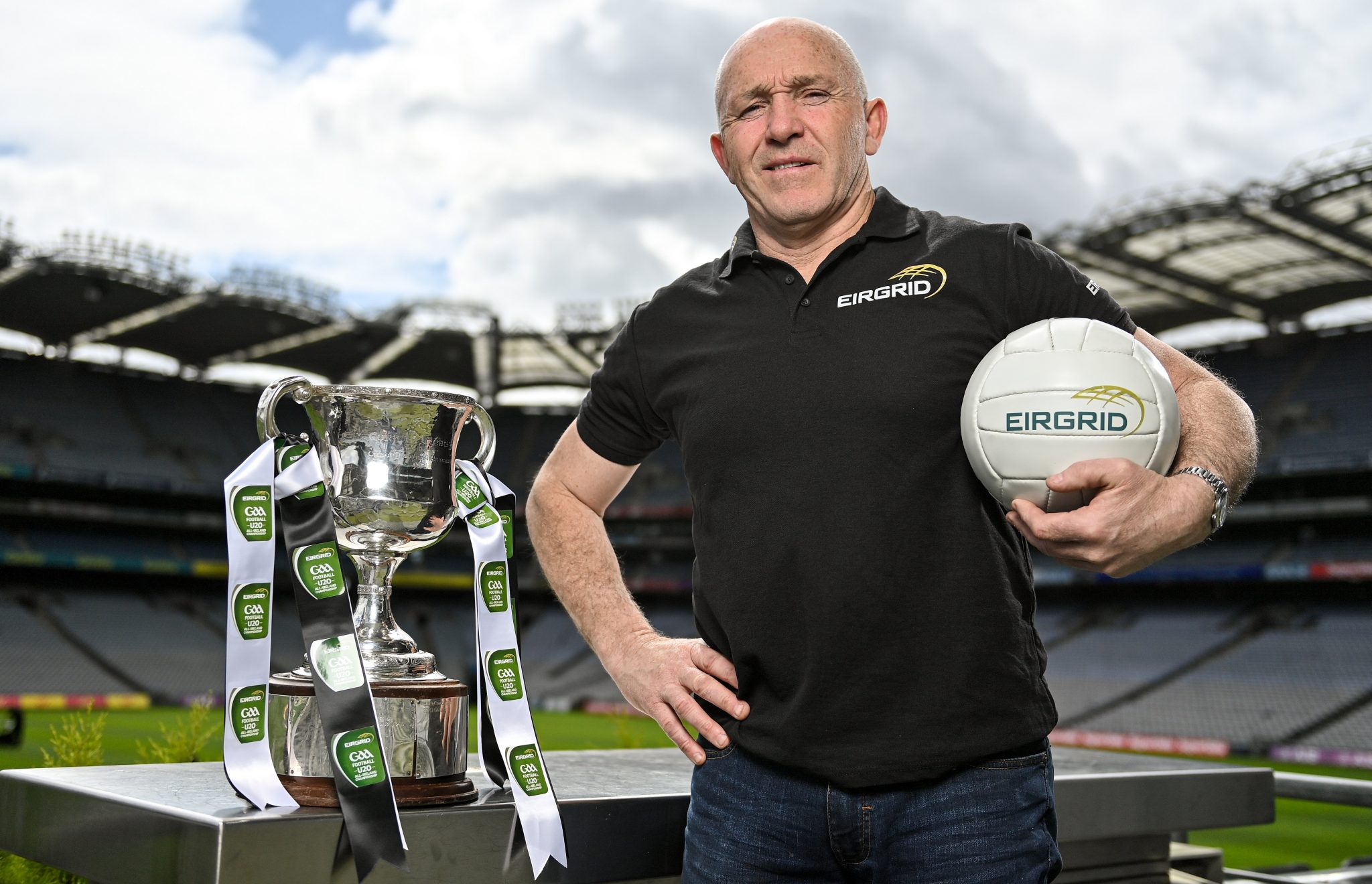 Tyrone boss Paul Devlin ahead of the EirGrid GAA Football U20 All-Ireland Final this Saturday.
Advertisement

"Lovely big fella, and he keeps calling us the big men, but we're looking up at him, you would need a step ladder to get up to him.

"He's a super lad, really grounded, just like his da, comes from a good tradition of footballing background, the McGleenan's there in Blackwater town and Eglish, I think there's a connection there.

"There are some good lads, and Michael is a gentle giant at the back of it all." 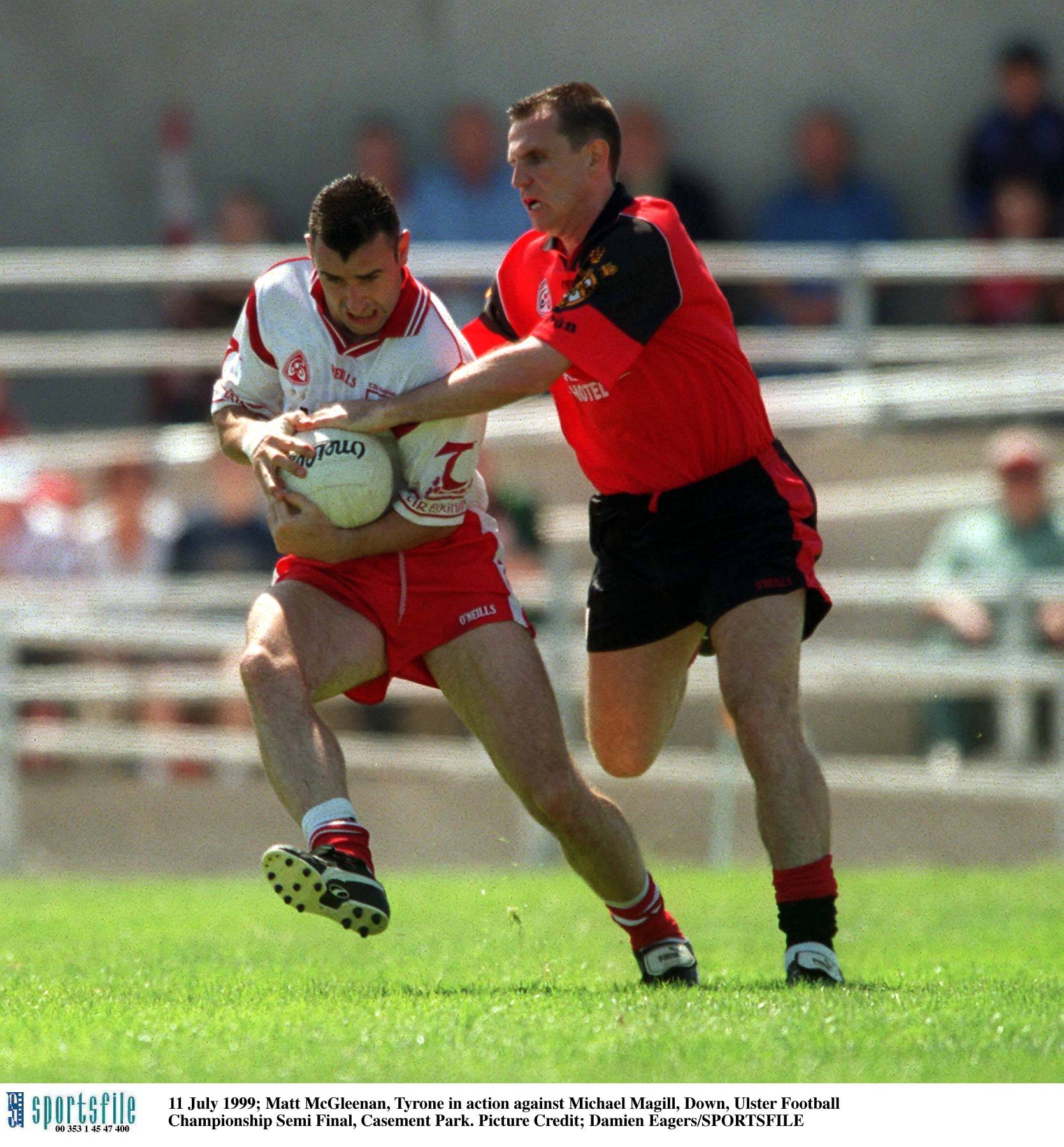 His size, power and strength are obvious to see, but make no mistake, this young man is as versatile and skilful as they come.

Starting the Kerry game at full forward, and having played midfield earlier in the campaign, you would have seen him right at the heart of the defence in the latter stages of the semi-final, helping his team defend any chance of a comeback at the hands of The Kingdom.

"There's a massive amount of skill there, his ball handling, his bounce out of trouble, for a big lad, is really good, and his all round game is really improving. 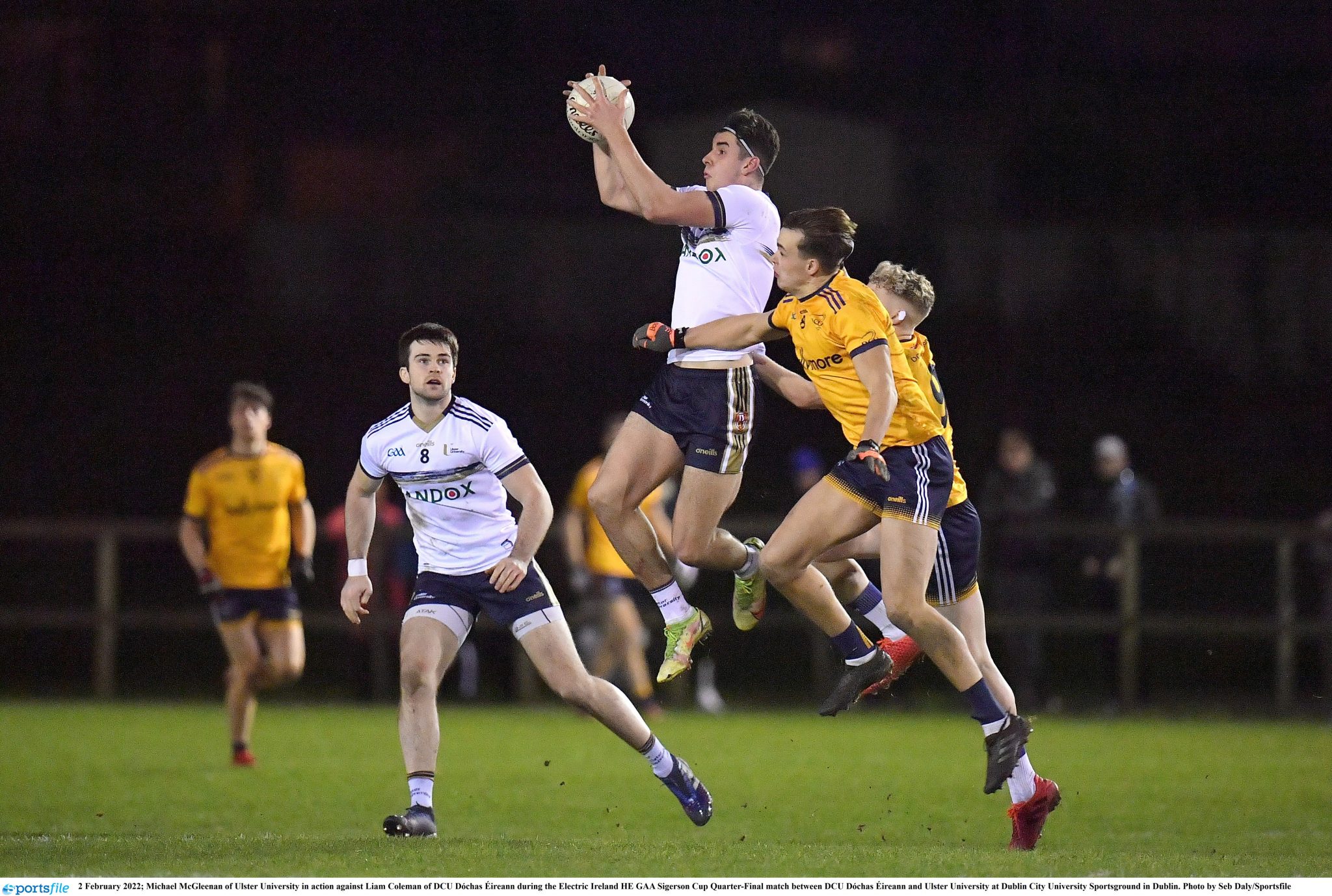 "Michael had a couple of tough years with injuries, he missed last year with ourselves and he missed a bit with the club as well, but he's getting back to his best as the years go on.

"As you seen on the last day he took a lot of responsibility on how the game panned out, so you're seeing the best of him and hopefully see a lot more of him down the line."

Kildare and Tyrone will meet in Carrick-on-Shannon for the final of the EirGrid GAA U20 Football All-Ireland Final at 5pm this Saturday. The match will be broadcast live on TG4.


popular
Roy Keane shows great comic timing after Jack Grealish party invite
France the sore losers as Ireland Men reach first ever Sevens World Series final
Footage captures the moment Mo Salah discovered Manchester City were winning
Alex Ferguson reportedly delivered a cutting put down to Ralf Rangnick's assistant coach
Noel Gallagher left 'covered in blood' after headbutt from Ruben Dias’ dad
Ralf Rangnick nicknamed 'specs' and subject to 'bully behaviour' at Man Utd
Brian Cody doesn't entertain Anthony Nash question about Henry managing Galway
You may also like
1 week ago
"As lads growing up we all had a desire to play in Croke Park"
1 week ago
The All-Ireland hangover is a real thing, Dublin's dominance just made us forget about it
1 week ago
Three hurling games, one Ulster championship clash, and an u20 All-Ireland final on TV this weekend
2 weeks ago
Former Tyrone coach believes that Red Hands will thrive with their 'backs against the wall'
2 weeks ago
Oisin McConville believes that Tyrone are 'uncomfortable' playing as reigning All-Ireland champions
2 weeks ago
Derry's Gareth McKinless praises Rory Gallagher as a "genius"
Next Page