Michael Darragh MacAuley takes a sip of his smoothie.

He runs his hands through his air, then stretches the arms out-wide and, as the sun beats down on him in the south coast of Sri Lanka, he's doing everything except sunbathing. He kicks back in his chair - he's in one of those beach-side bars - then tells us not to be too jealous as, with the light shining in and with fellow wanderers behind him bopping to tunes, he shows us the 'little surfing village' he's set up shop in.

It's hard not to be. Some players struggle in retirement. Some don't. Shouldn't have expected anything less really given that, during our last interview back in 2018, he opened up Spotify and bet the table to one of his favourite tunes. He was in the height of his inter-county career back then, he's in his first year out of the game now.

END_OF_DOCUMENT_TOKEN_TO_BE_REPLACED

And he hasn't been sitting on his hands.

"I went around Europe, hiked the Dolomite mountains, did Montenegro, Albania and Serbia, then went to Morocco - went surfing for a month there," the Dubliner says of his last six months away from home.

"I went hiking all around Nepal, did the Annapurna circuit, was knocking around Everest and all that sort of craic, did five weeks there and then I’ve been in Sri Lanka, rolling around Sri Lanka for the last while."

It's a long way from Ballyboden. It's a long way from Michael Darragh MacAuley the footballer who, despite being characterised as a laid back figure who could take it or leave it, in reality was anything but. He points out that, over an 11 year career, he could have went travelling lots of times but stayed because, contrary to the caricature that's out there, in his mind it was all about football.

END_OF_DOCUMENT_TOKEN_TO_BE_REPLACED

"I always had a bit of wanderlust in me and I saw all my mates travelling around the world, here, there and everywhere during their 20’s and I never got to do it. And that is where the contradictions come in about being laidback about football, if I was I laid back about my football I would have done it, I would have walked away a couple of times as you have seen some players do.

"I didn’t because I was so competitive that I wanted to stick it out. There is that kind of laid back thing which has been associated with me before, but anyone who knows me as well will tell you that I can be very intense about things and very competitive, and have a huge will to win in a lot of things."

"When faced with adversity is really when you see the clutch players and you see players stepping up..."

END_OF_DOCUMENT_TOKEN_TO_BE_REPLACED

And even though he would have embraced the challenge ahead of them in 2022, when Dublin aim to make it back to the top, he says that, having struggled to make an impact in 2020, last year was the right time to hang up the boots.

"It’s never an easy decision but the stage where I was, it was the perfect time to walk away and zero regrets. Physically, possibly I had another year left in me but it was definitely the right decision. I gave it absolutely everything in the last season, didn’t work out for me, that’s fine, it’s been all good."

Indeed, for MacAuley, the hardest thing about heading off travelling last year was leaving his club behind him. For sixteen years he has played alongside Keaney, O'Mahoney and the rest of the Ballyboden St Enda's stalwarts and on the other side of the world, he thinks of them just now.

“The likes of him and Keaney – and everyone else we soldiered with – I’ve been there for so long. It is what it is. How many times have I turned down going travelling? 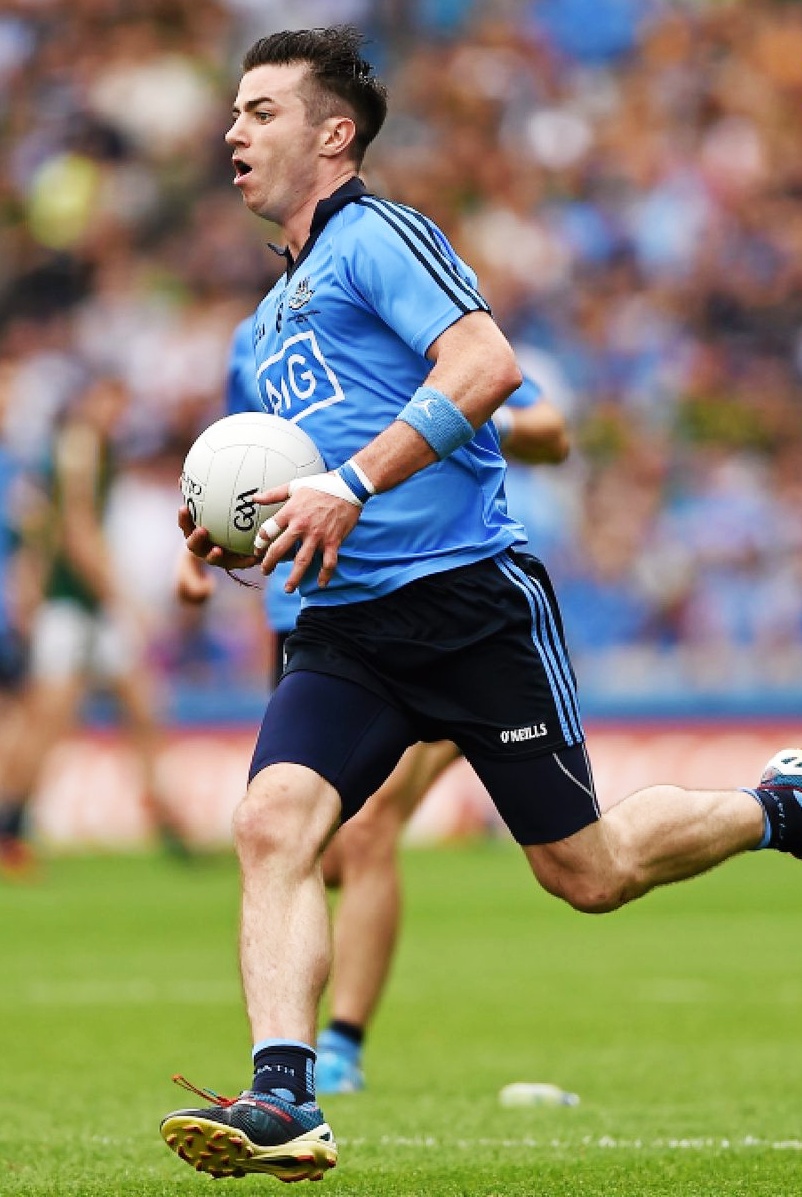 “It’s just the way the cards fell. It was just time to get away. No one knew what was going to happen in Covid. It wasn’t a case of if I delayed it a week or two I was going to be able to play championship."

MacAuley, of course, is the subject of this Thursday's Laochra Gael where he discusses his life on and off the pitch. No doubt, watching down from above, his late parents will be proud. His mother Rosaleen died when he was 12, his father Michael died in 2012.

"My dad was big into the football. Never really played it but was just mad into it watching it.  We’d sit there all Championship games, Saturday and Sunday, just screaming at the telly.

“You couldn’t be in the same room as him. He was so mad into it. He was happy to brag and every patient that went through his was sick of hearing my name because he was spoofing about some sort of basketball or football thing that I did that week. In fairness, he was happy to see us do so well in the end."


popular
Roy Keane shows great comic timing after Jack Grealish party invite
Cutting through the contradictions from one of the worst television segments of the year
France the sore losers as Ireland Men reach first ever Sevens World Series final
Kilkenny corner back does what every defender is supposed to do to win All-Ireland under-20
"I don't want to stick the knife in" - Are Leinster in Munster's heads?
Footage captures the moment Mo Salah discovered Manchester City were winning
Ralf Rangnick nicknamed 'specs' and subject to 'bully behaviour' at Man Utd

You may also like
1 week ago
"I realise on the far side that all of that stuff is not what it's cracked up to be." - 2011 reunion allows O'Sullivan to take it all in
1 week ago
"Jesus, no, if he finds out, he'll think I'm going soft now." - the social life of inter-county GAA players
2 weeks ago
Buff Egan calls it as Laois skin the Cats in O'Moore Park
2 weeks ago
From a hurler to a super-sub to a starter who's determined to keep his place
3 weeks ago
"It's important to me to get our second team a bit closer to the first team" - Brogan does it for the club
1 month ago
"The players coming through aren’t of the same calibre.” - Christie on Dublin's eventual demise
Next Page