"Most teams are lucky if they have one psychopath. We had two..."

"Lads, listen, you're dealing with a different animal here."

Unfortunately in this game, talent and hard work isn't aways enough. There comes a point for a lot of teams where they have to 'stand up to it', whatever it is.

It's usually just physical confrontation and the way around it is to toughen up and take it on the chin and, sometimes, fight back. They say it's the making of a team when they can do that, when they can mix it and, in fairness, it means they can beat you every which way when they can.

So when Larry Tompkins addressed the Cork squad in a team meeting before taking on Meath, he wanted to make sure that they knew in no uncertain terms that they really were coming up against a 'different animal'.

He had seen it first-hand when he was with Kildare and if the Rebels thought a battle with Kerry was going to be the same as going to war with the 1980s Meath outfit, they were in big trouble. 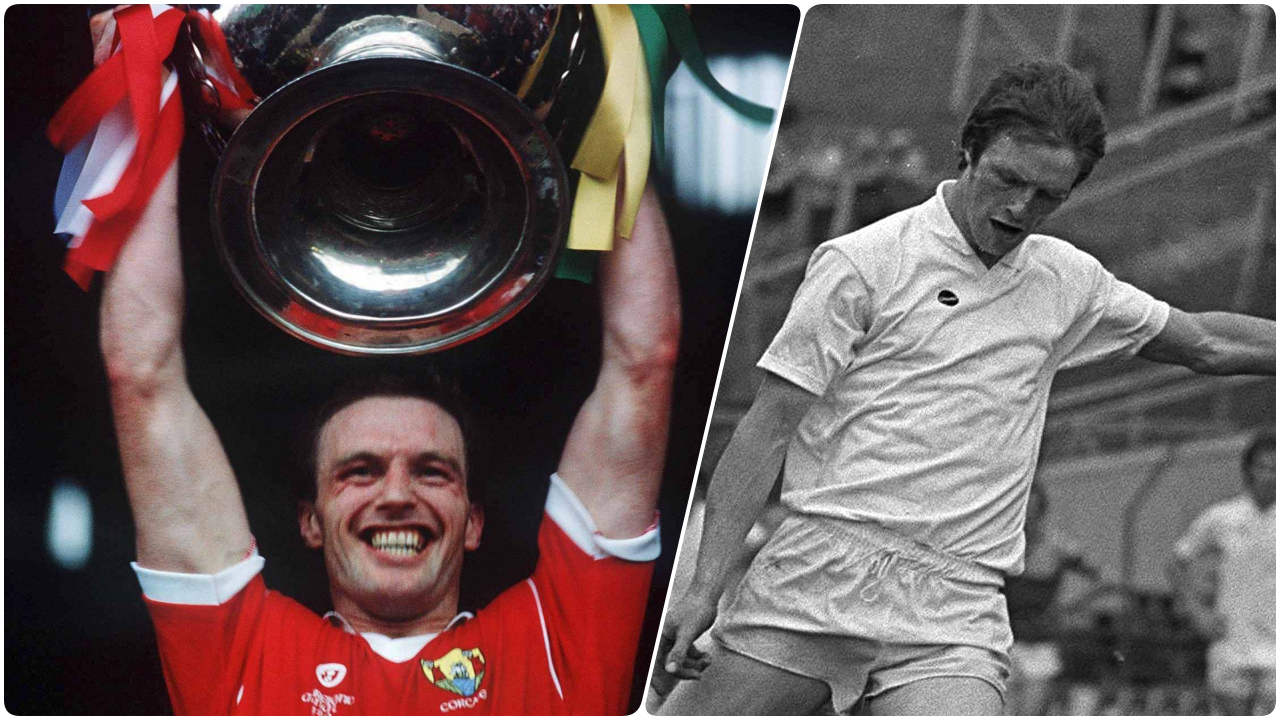 In the brilliant new Mercier Press book, The Double: How Cork made GAA History, Adrian Russell tells the fascinating coming-of-age story of how Meath grew to become the fierce team that will be remembered through the ages, and how Cork toughened up to deal with them.

'This was a 'Meath for Beginners' induction presentation from someone who knew what it was like to shuffle off the field having taken on the Royal County,' the book reads.

'Tompkins and Shea Fahy had been beaten in the 1980 Leinster Minor final by a Meath side with nine players who'd graduate to contest the 1987 All-Ireland Senior level.

'The Rebels' newly recruited duo had brought an outsider's perspective to the abusive relationship that was Cork-Kerry and helped a young panel, at last, strike back in that season's Munster final replay. Now, however, they were the experienced ones explaining the freight train that was coming down the track, based on a laundry list of bruising games between Kildare and Meath throughout their nascent careers.'

And it was Larry Tompkins who gave them the biggest piece of advice, that this was a different kettle of fish.

'Kerry were Kerry but Meath were very physical.' he told them. 'Don't mid that time you could take a fella out of it and the linesman looking at you.'

Meath men weren't born that way either. It was a process for them too, one which they needed and it's why Seán Boylan turned a blind eye to some of the stuff that was going on - he understand what was required to win at that time.

'They learned that they had to be the toughest team out there,' Russell writes, before recalling the story of Bernard Flynn's training ground scrap.

'One of Meath's stable of excellent forwards, Bernard Flynn, remembers retaliating, after much provocation, at training in Páirc Tailteann one evening. He punched Mick Lyons, one of the game's usual suspects over those years. 'That's the sort of stuff we fucking need!' Lyons roared at his teammate.

'In the showers afterward, Flynn attempted to apologise.

'"When I walked out all I could see was Mick showering away, all blood and shampoo."

A lot of teams have that one person, the one they excuse. The one they know is probably a bit over the top too many times. The one they'd call a psycho - but they like that he's their pyscho.

It adds another element to a team - it's a hate figure for the opposition, one that worries them and consumes them and Meath knew they were lucky to have more than one on their squad.

"'In training we just hammered each other to death," says Liam Hayes. "I always say, we had two psychopaths on our team. Most teams are lucky if they had one. And we had two. I never name them because I don't want to libel them, but we had two fully fledged psychopaths and Seán knew that too. If you've got two psychopaths, there's an upside and a downside to that. They do damage to the other team and they'll do things that you can never prepare for. They could do anything at any stage. The downside is they could do something and get caught and get sent off."

'Over the next few years it would be contorted into an ugly symbiotic relationship. Two teams holding mirrors up to each other. Cork and Meath fed off each other, improved each other and ultimately learned to hate each other.

'They'd contest four All-Ireland deciders in four years, including a replay, as well as facing off in bitter league battles on soft ground and, believe it or not, stand-offs in foreign swimming pools.'

The Double: How Cork Made GAA History is available nationwide now and online here.