Mayo ladies manager Peter Leahy has released a statement about the controversy that has surrounded the panel this week.

12 footballers left the squad this week, just days before their championship opener with Cavan, but the reasons for their departure weren't made clear.

In a statement from the women who walked out, they highlighted 'personal and sensitive' welfare issues but the Mayo board threw their support behind the management and explained that 'all necessary resources have been made available to Mayo ladies'.

Despite losing the like of Cora Staunton, as well as captain and vice-captain, Sarah Tierney and Fiona McHale, Mayo powered to a 3-23 to 4-13 win over the Ulster side.

2-6 from Grace Kelly and 1-7 from Sarah Rowe put to bed a difficult week for the westerners and, in particular, their manager but, after the win, Peter Leahy broke his silence on the matter.

On Thursday, July 5, Leahy received a call from 'a certain club secretary' informing him that eight members of the panel were leaving the panel on the grounds of player welfare.

Leahy let the County Board chairperson know of the call and he then informed the panel. The decision was made to carry on with training.

Over the next five days, four more members removed themselves from the county panel. 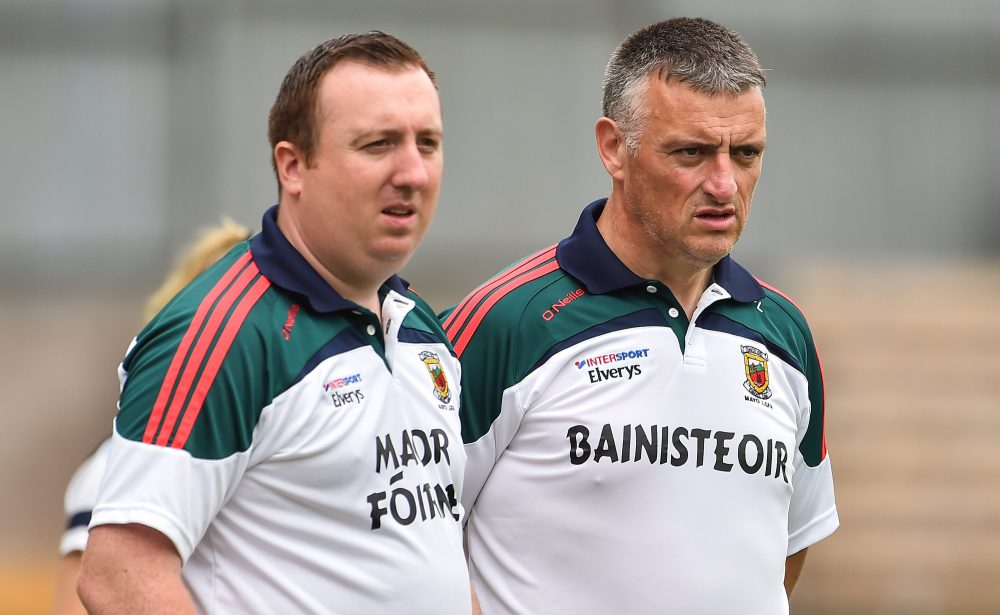 Of the four players who walked out at that stage, three of them wrote messages to the Liaison Officer saying they were withdrawing due to 'personal reasons'.

The 12th and final player to leave the panel has not offered a reason.

"Firstly, it's correct that 12 girls who were on the panel have left, but it is incorrect to state that they have all left for the same apparent reason," Leahy wrote.

Cormac O'Malley got the full statement for Mid West Radio.


popular
SportsJOE 2000s Football Quiz | Round 20
The SportsJOE 12 o'clock quiz | Day 292
Conor McGregor wants immediate Dustin Poirier rematch, for UFC title
QUIZ: Name every Chelsea manager hired by Roman Abramovich
Daniel Cormier defends immediate reaction to shock Conor McGregor loss
Michael Page describes the moment he landed the skull-fracturing knee on 'Cyborg' Santos
Six months after Michael Venom Page's flying knee fractured his skull, Evangelista Santos retires
You may also like
3 weeks ago
Parsons bows out having left everything on the field
3 weeks ago
"Never once did he make it about himself. Never once did he complain" - Moran's tribute to fellow soldier Clarke
3 weeks ago
After 20 stellar years of service, David Clarke has hung up the gloves
1 month ago
GAA JOE All-Star Gaelic football team
1 month ago
"Cillian O'Connor, amazingly, didn't even flinch at what was said by Philly"
1 month ago
Mutual respect between Fitzsimons and Keegan a stirring sight
Next Page