"I see Mayo as dead men walking, ready to be taken out" - Colm Parkinson

Mayo have defeated Down and Armagh to reach fourth round of the football qualifiers but a recent nemesis awaits.

Down at the L.I.T Gaelic Grounds, on Saturday, the ladies footballers of Mayo and Galway will contest the Connacht final replay as a perfect opener for the men's qualifiers clash. Mayo are one step away from getting into the Super 8s by the back door but Galway, their bogey team, stand in the way. 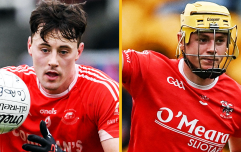 END_OF_DOCUMENT_TOKEN_TO_BE_REPLACED

Under Kevin Walsh, Galway have beaten Mayo on their last seven meetings and that dominance has seeped into the underage match-ups too. The Mayo losing streak against Galway, at underage and senior levels, stretches to 18.

James Horan's side were dumped out of Connacht by champions Roscommon but dealt with Down handily and won their high-scoring shoot-out with Armagh, at MacHale Park. For all the momentum those wings may have brought, injuries to key personnel may hobble them yet.

On The GAA Hour, host Colm Parkinson and Conor Heneghan of JOE looked ahead to Mayo vs. Galway [from 32:00] and Parkinson made a statement that was hard to argue with. 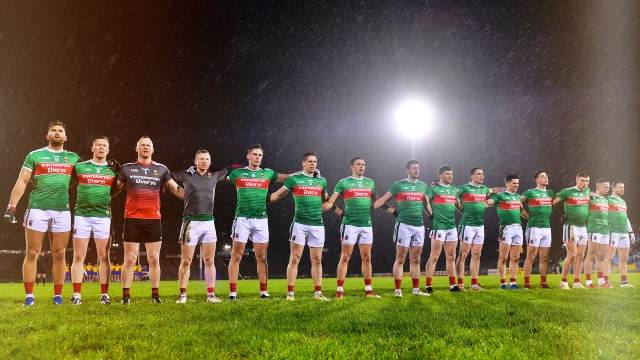 "Everyone says that, coming through the qualifiers, you have momentum. I think the injuries have offset that momentum and may have taken the wind out of Mayo's sails," said Parkinson.

"Lee Keegan, Jason Doherty's a doubt, Diarmuid O'Connor is out. Matty Ruane is gone as well.

"Keegan is just such a kick in the arse for Mayo. I mean, I see Mayo as pretty much in the same position as they were coming up to 'Newbridge or Nowhere' [against Kildare last year]. I see them dead men walking, ready to be taken out." 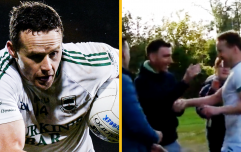 END_OF_DOCUMENT_TOKEN_TO_BE_REPLACED

Heneghan, a Mayo native and Kiltimagh clubman, tried to look at the positives but found it tough to argue with Parkinson's claim.

"Galway were very good in the first half against Roscommon," said Heneghan of the Connacht final, "but they were shocking in the second half. As you said, there's a lack of leaders there.

"I don't think Galway have been right, this year yet, at all. These last couple of years, they've been playing better. I'd agree with you, though. When people say there is momentum in the qualifiers, there is an element of wild optimism in saying and looking for any reason at all why we can beat Galway.

"I still think we can, by the way, but if you are looking at it realistically and analytically, if I could pick one player that Mayo could not afford to be missing, it would be Lee Keegan. After that, Jason Doherty and Diarmuid O'Connor wouldn't be far behind. These are absolutely massive players."

Heneghan admitted that, with all the injury setbacks, it was 'hard to get away from that feeling that we're dead men walking'.

Still, when it came to the predictions, later in the show, he plumped for Mayo while Parkinson sided with The Tribesmen.


popular
Predicting the 31 biggest knock-out championship games around Ireland this weekend
Shane Lowry on his Tuesday duels with Rory McIlroy at The Bear's Club
QUIZ: Can you name the sponsors of all 32 of these old county jerseys?
Roy Keane linked with Championship job to replace ex-teammate
Erling Haaland's Man City release clause doesn't even exist, says Guardiola
"I think Wexford football is in trouble if something is not changed" - Banville criticises Wexford lay-out
Two Man United players led a furious half-time inquest into Manchester derby performance
You may also like
1 week ago
Situation at 'crisis point' as GAA referees dwindle amid incidents in four different counties
3 weeks ago
McStay announces 12-strong backroom team as Rochford quips about the challenge ahead
1 month ago
Eight years after first job interview, Kevin McStay gets dream Mayo job
3 months ago
"It's been a brilliant journey" - James Horan steps away as Mayo manager
3 months ago
Jordan Flynn completes classic Mayo comeback with 35 yard lob with the last kick
4 months ago
Mayo v Monaghan: All-Ireland qualifier to be shown exclusively live on NOW
Next Page