A hard-nosed Mayo GAA fanatic may argue that you couldn't possibly improve on the perfection that is the county's jersey.

As you can tell from its very high placing in our ranking of every inter-county GAA jersey, we'd be inclined to agree with this sentiment. O'Neill's have hit all the right notes with their design, achieving the difficult feat of keeping it traditional while adding a modern twist.

However, we at SportsJOE can't help but ask the question what if? What if some big-shot football kit manufacturer from some far-off land decided to shake things up and start producing Mayo's official jersey.

They would probably look a lot slicker than the 15 prototype shirts we created based on actual ones made by kit-makers, but this may give you a rough idea of how different the jersey could look.

(You can check out our mock-up European versions of the Dublin GAA jersey here.)

Yellow features quite prominently on the crest, so why can't you add a splash to the shirt itself? 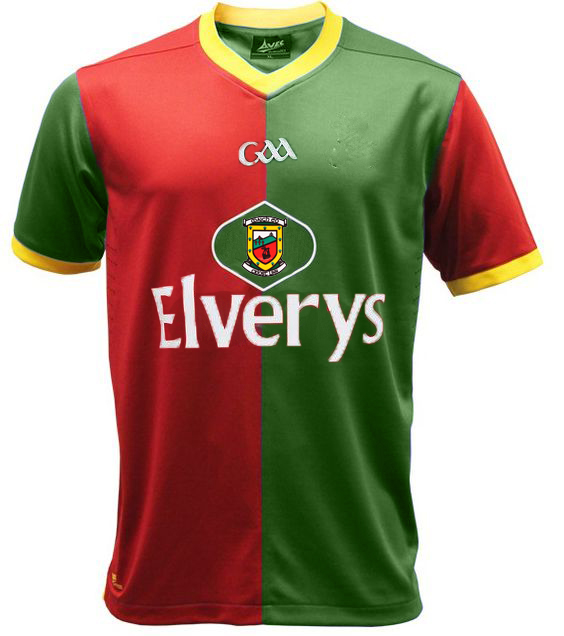 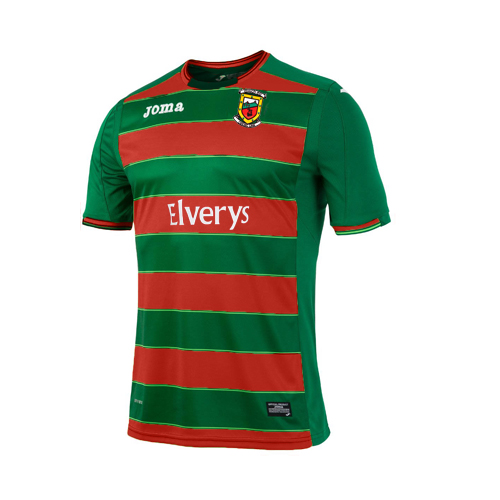 This is the only one that's even remotely close to the actual Mayo jersey... and it's still completely different. 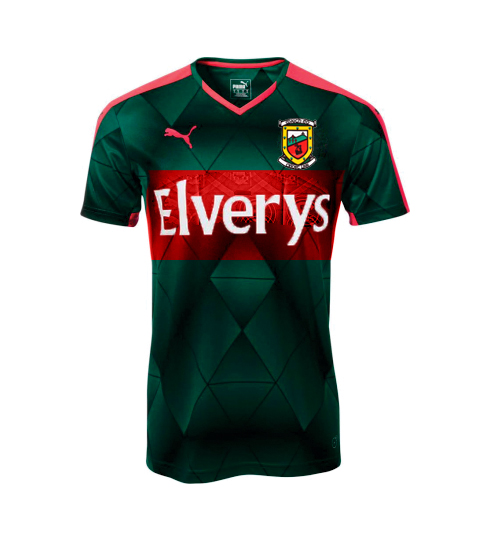 There's no shame in trying to blind your opponent with sheer gaudiness in order to gain a slight edge. 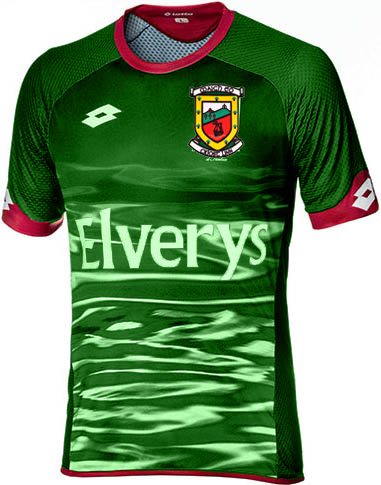 It's a bold strategy, Cotton. Let's see if it pays off for 'em. 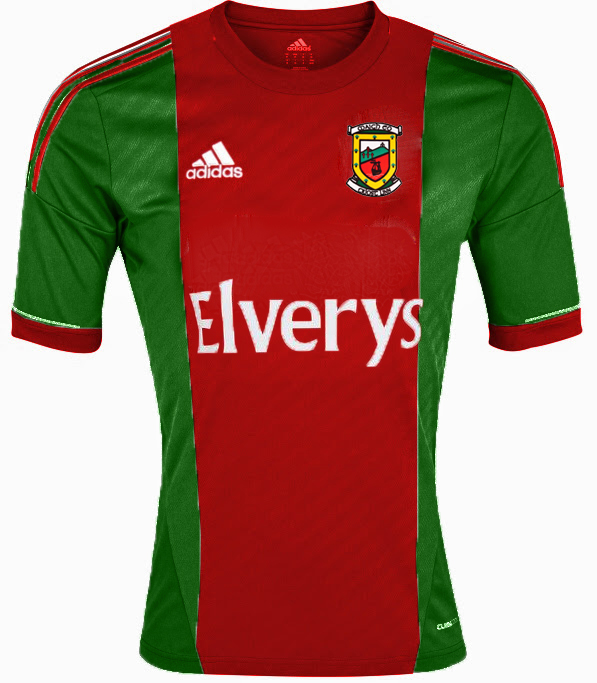 We may have our winner... of what exactly, we're not too sure. 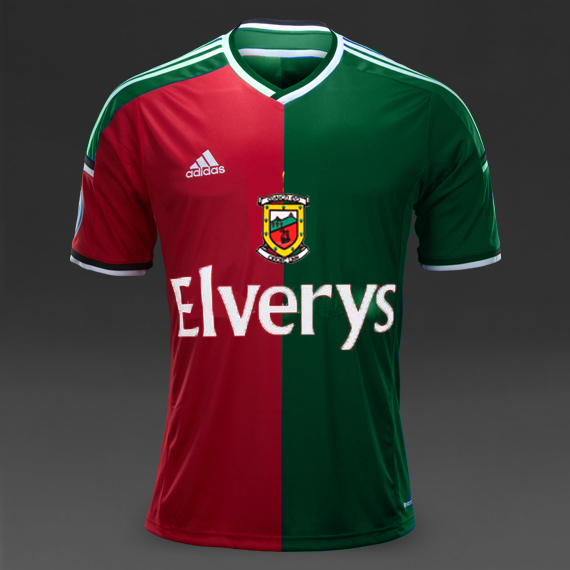 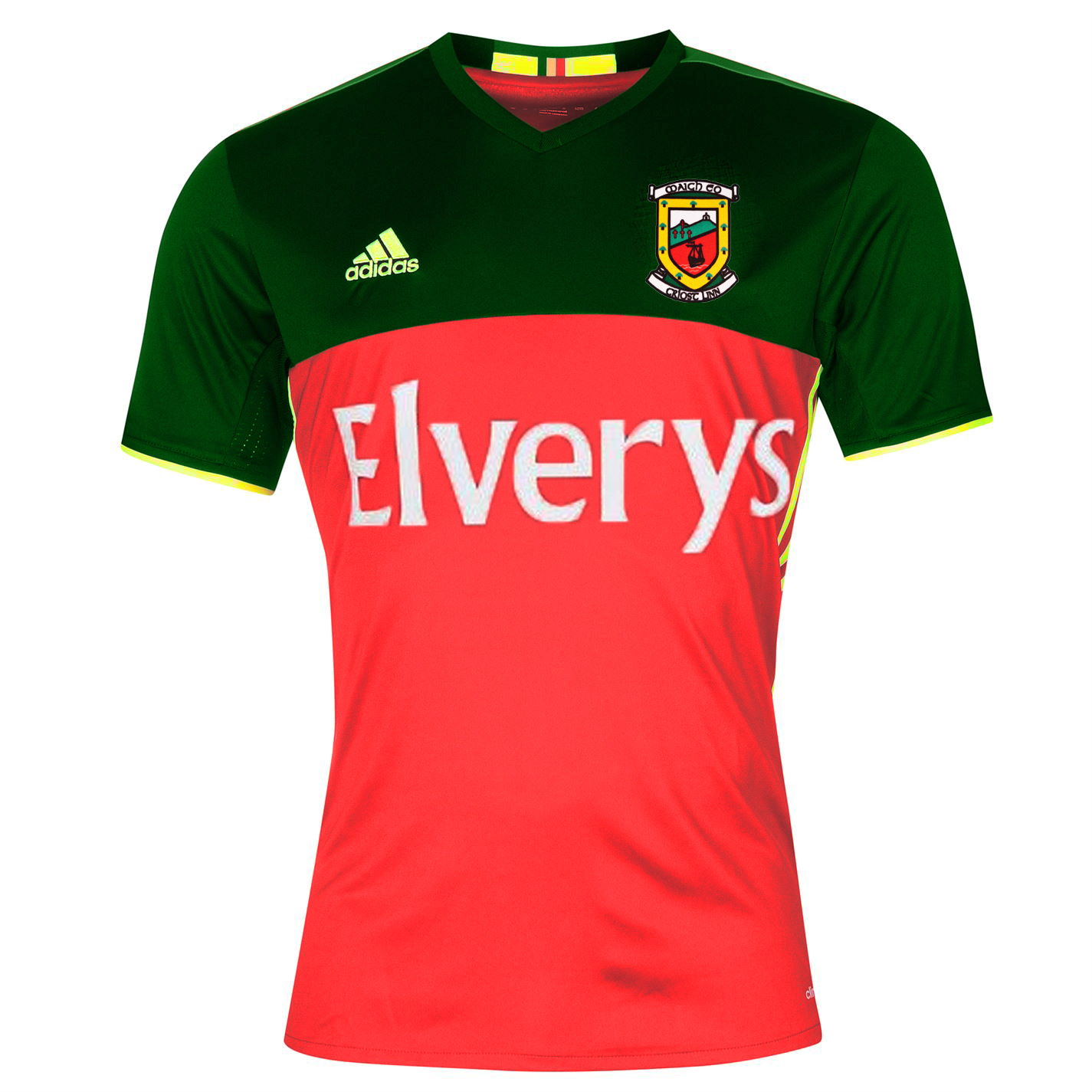 We're yet to be convinced that the Mayo curse actually exists, but this monstrosity seems like it has some sort of hex on it. 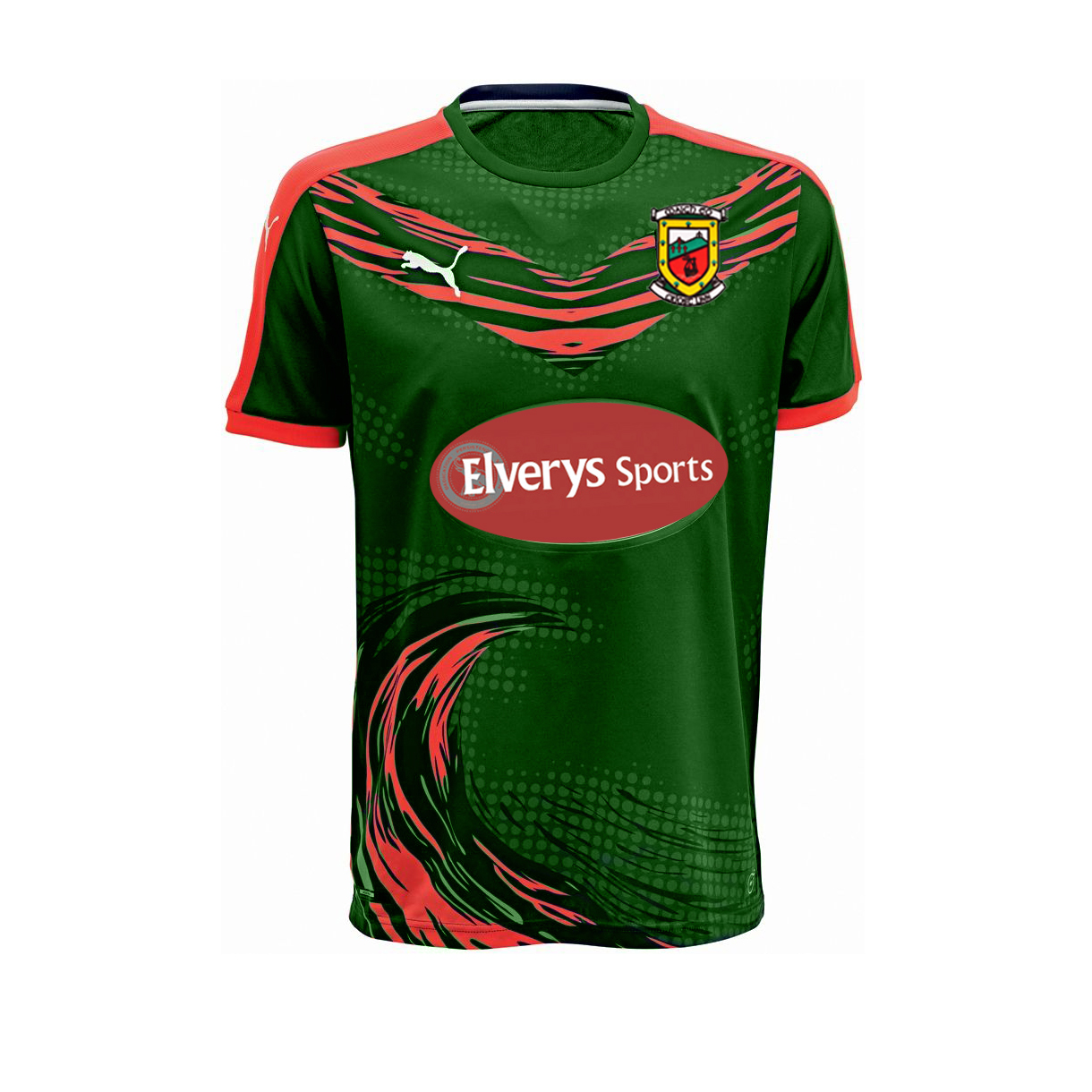 One for the Reds supporters, everyone else probably won't be on board. 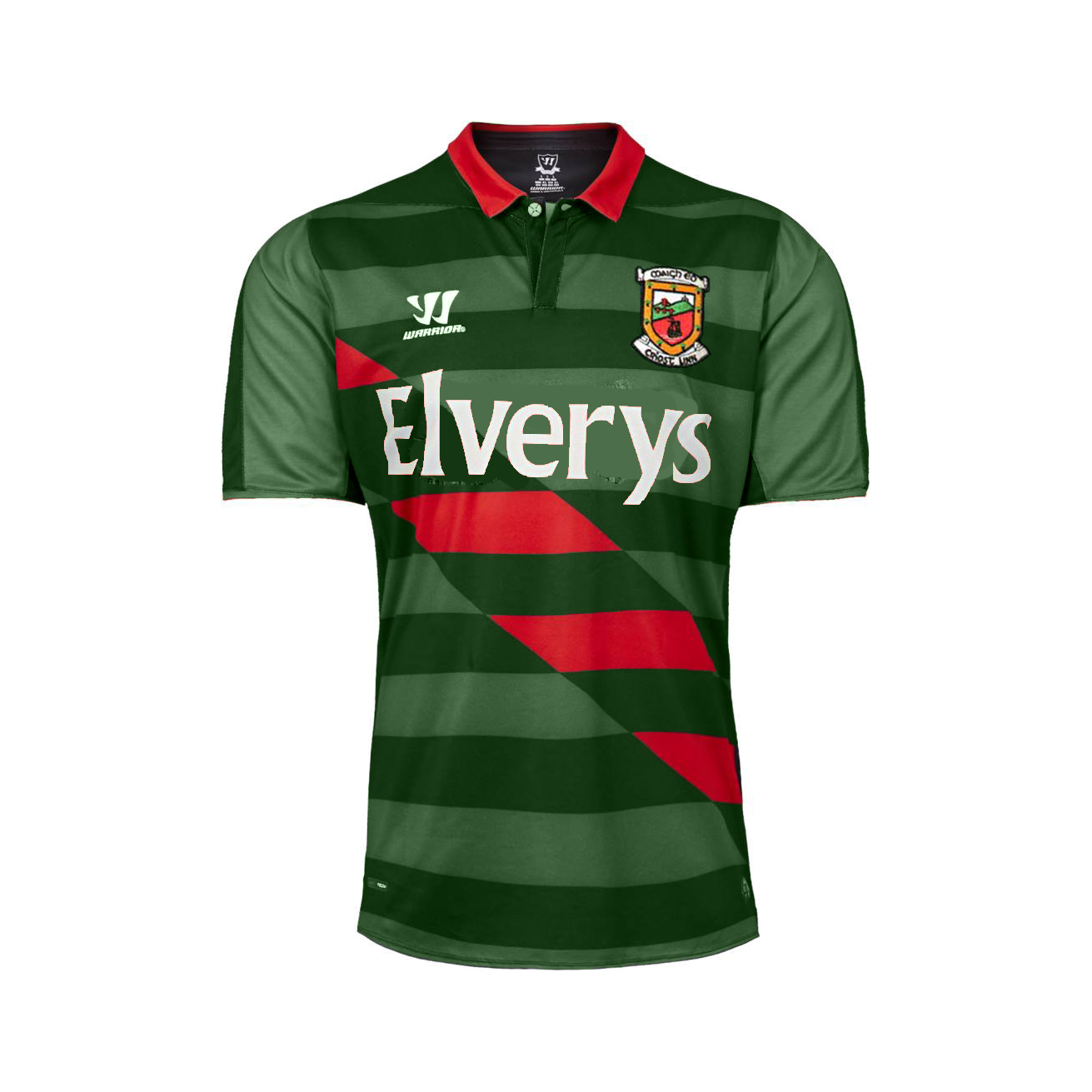 It also doubles as a badminton shirt. 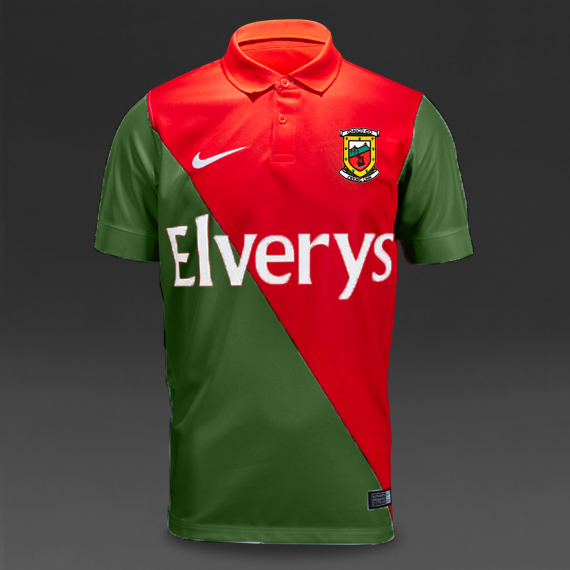 Very loosely based on a United away jersey. Just don't tell the ABU brigade. 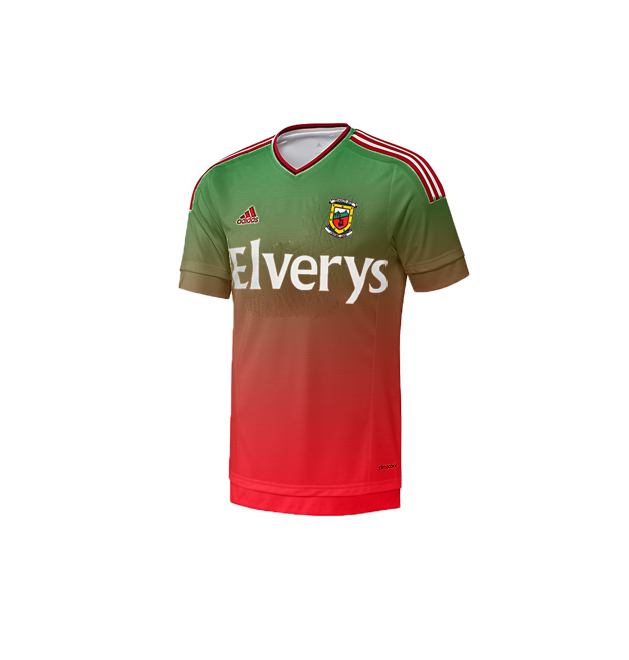 How tight is too tight? 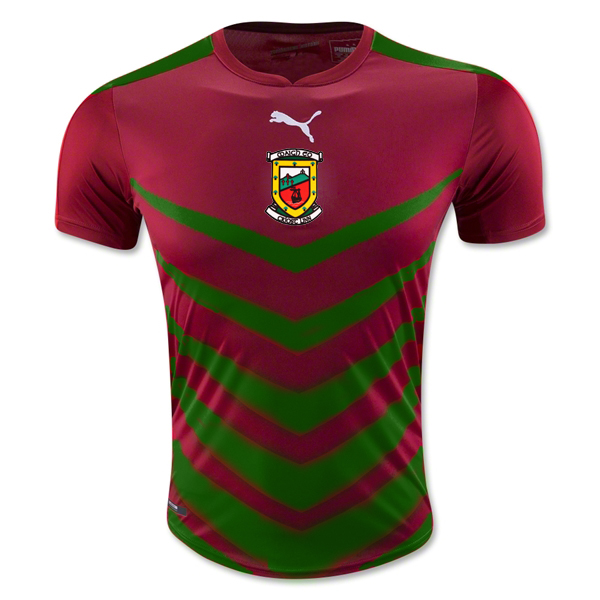 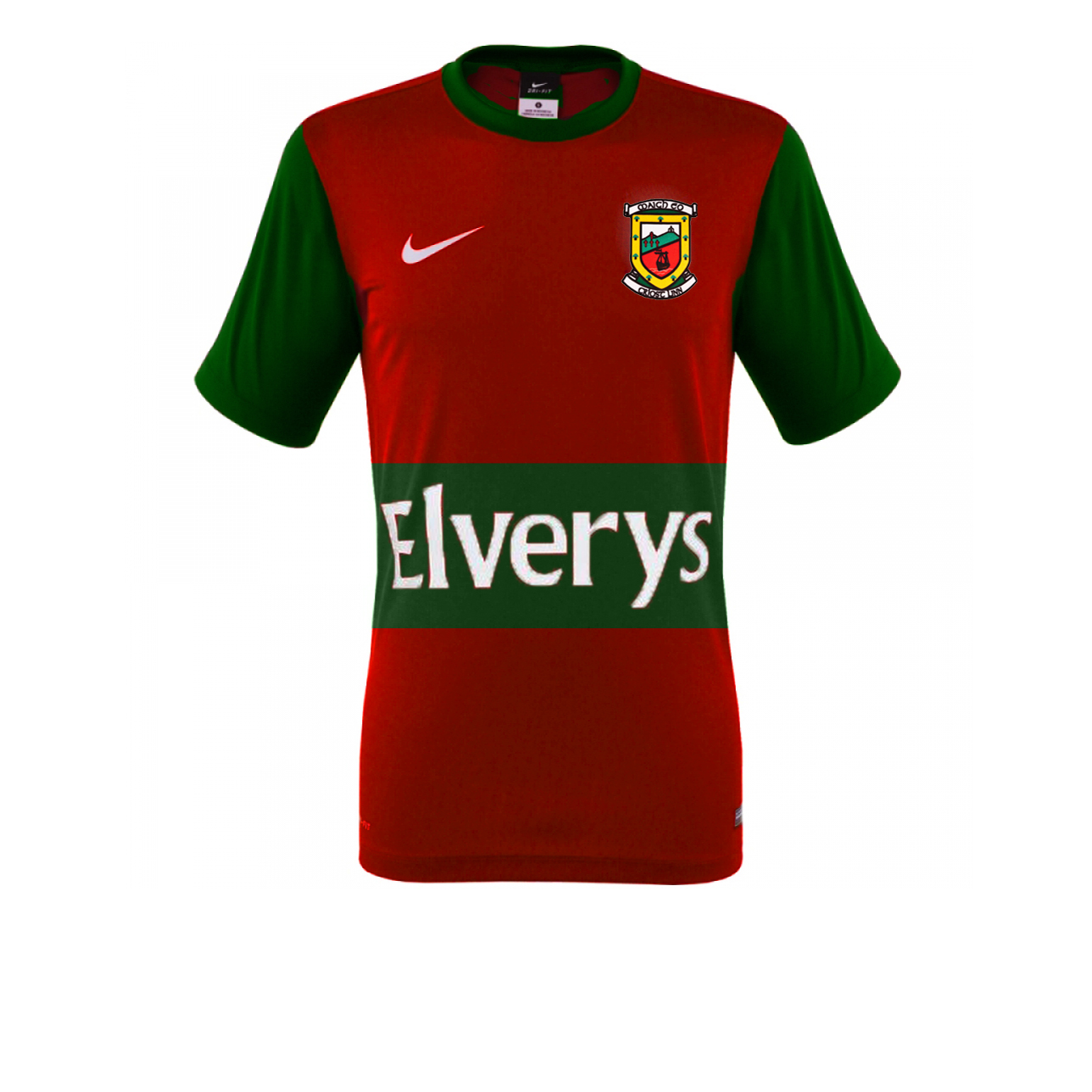 Don't they call Ballina the "Paris of the West"? 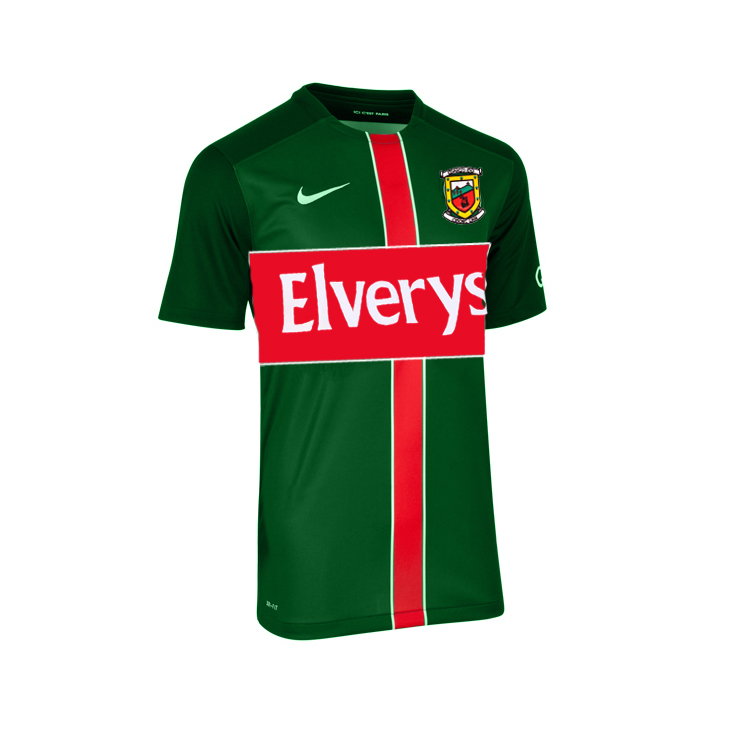 Make the jersey first and the tiki-taka should follow. 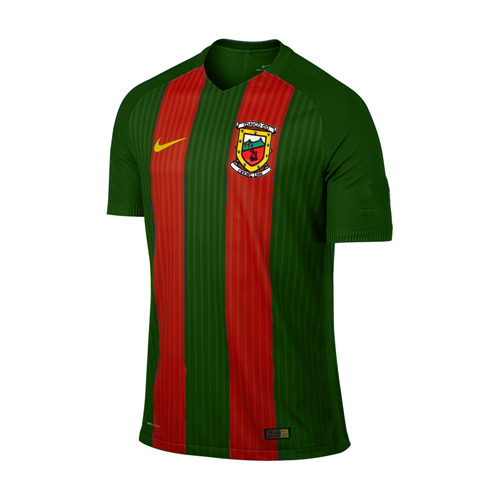