"It is important that we support each other throughout Mayo GAA."

Mayo have released what they called an "End of Season Position Statement,” in reaction to some of the crisisim players and staff were facing, following their All-Ireland final loss to Tyrone.

There has also been speculation that coaches Ciaran McDonald and James Burke, will no longer be a part of the coaching staff next season, but they did not address this in their statemenet.

“Constructive criticism forms part of the narrative of our games, however unfortunately over the last few days there has been a number of personal attacks on both players and team management that are completely unnecessary and unacceptable to all involved with Mayo GAA. 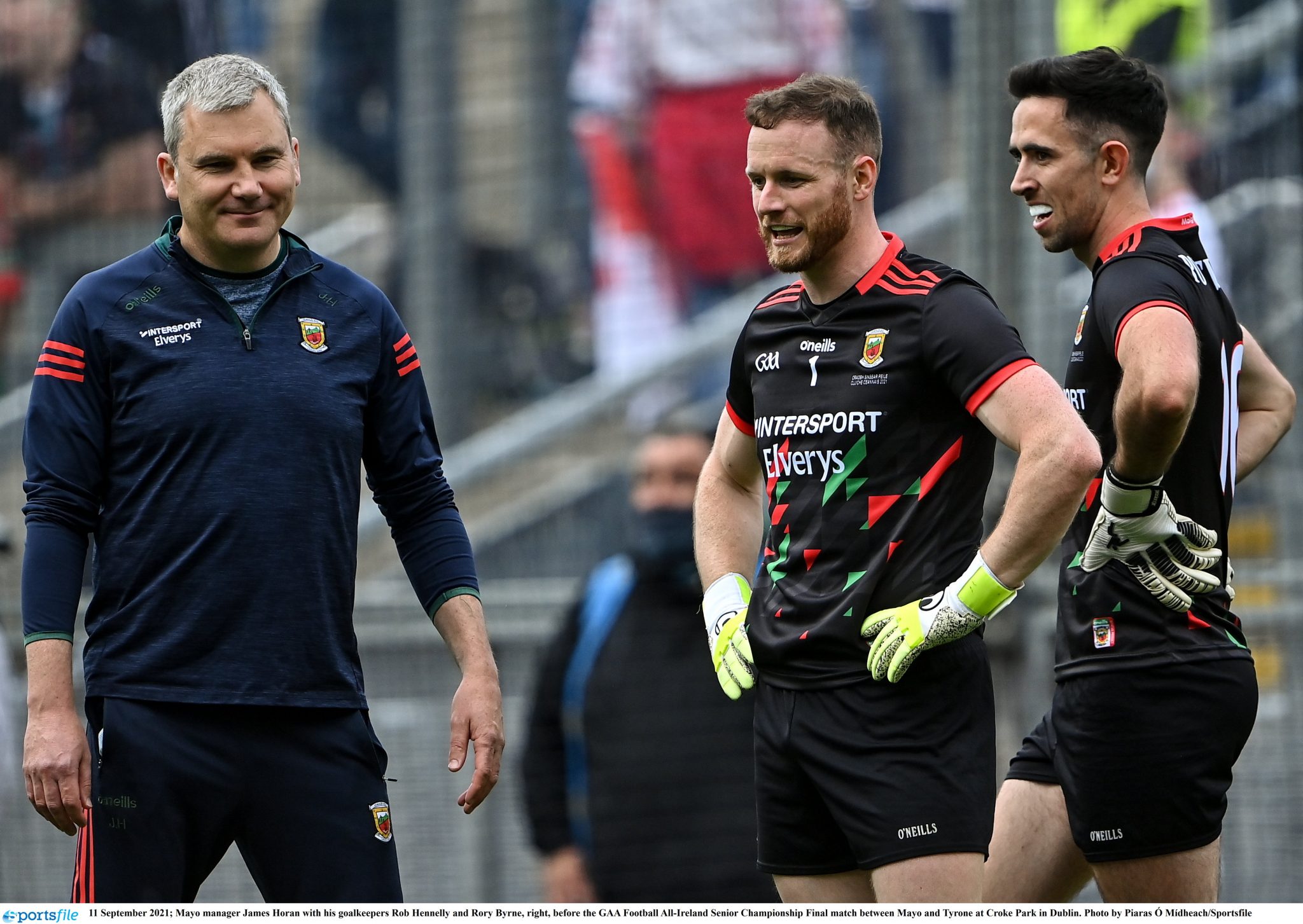 “It is only one week since the game, it is important for all involved to take some much-needed downtime, spending time with their family and friends.

"The officers of the board, will in the coming weeks, meet with the management team to review the season gone and plan ahead.

"We understand how much hope and expectation there was for the match last weekend and realise that everyone is extremely disappointed.

"However it is important that we support each other throughout Mayo GAA. We acknowledge that with so many changes to this year’s panel, great progress was made during the season."


popular
Paul Scholes calls a spade a spade after comeback win
It's often forgotten that Tommy Walsh began his career with the same stardom and promise as David Clifford
Derry club win county final factfile games with extravagant set of jobs
Shane Walsh: 'That's not how I was coached to play football. No one was coached to play football that way'
Jordan Larmour primed for a season to remind everyone how good he is
Paul Scholes says Paul Pogba is a "daydreamer" and Fred and McTominay are "limited footballers"
Galway fans' frosty reception for Davy Fitz doesn't make any sense
You may also like
2 days ago
James Horan doesn't fully back league-based championship proposal
3 days ago
"It's an incredible thing" - Dean McGovern explains his emotions after Ballinamore end 31 year wait for Leitrim championship
3 days ago
Ireland star Will Connors on his rude awakening playing GAA in KIldare
6 days ago
“How it finished was not the way I would have chosen" - Mickey Harte reveals how his time with Tyrone came to an end
6 days ago
Alex Ferguson wrote Mickey Harte a letter - ex Tyrone boss reveals in new memoir
1 week ago
Why everyone should be tuning in to the Tyrone championship
Next Page