Martin McHugh: Them lads were stronger than the modern day player who's lifting weights all the time and doing no manual work

Martin McHugh was at the Sigerson Cup match between Letterkenny IT and UCD on Tuesday night and on the drive home, he found himself thinking about the standard of scoring in the game.

The pitch was perfect, there was barely a puff of a breeze in the air and, while there were almost forty inter-county players on show at the Convoy GAA grounds, between them, they only managed 0-13 in 65 minutes of football. Six of them came from frees.

So why, he asks are Gaelic footballers spending so much time in the gym?

"Coming back down the road, I was just thinking to myself, what's the difference here.

"Well when I played, I kicked 100 balls a day, that's what I did. Every single day. I made sure I kicked 100 balls every day. At the end of every session, I said I was four points down and I had to kick five points in a row. Now that could take me an hour to do that and I used to do it from different angles.

"That was the way I trained and prepared and most of my team-mates did that too. So we went to the football field to train and now, there's a lot of training done in the gym.

"Now I look at it - Michael Hegarty who played with Donegal is one of the strongest players I've seen playing. I was lucky enough to play a bit with him but he never did any gym work. He got it from being a sheep-farmer and doing manual work." 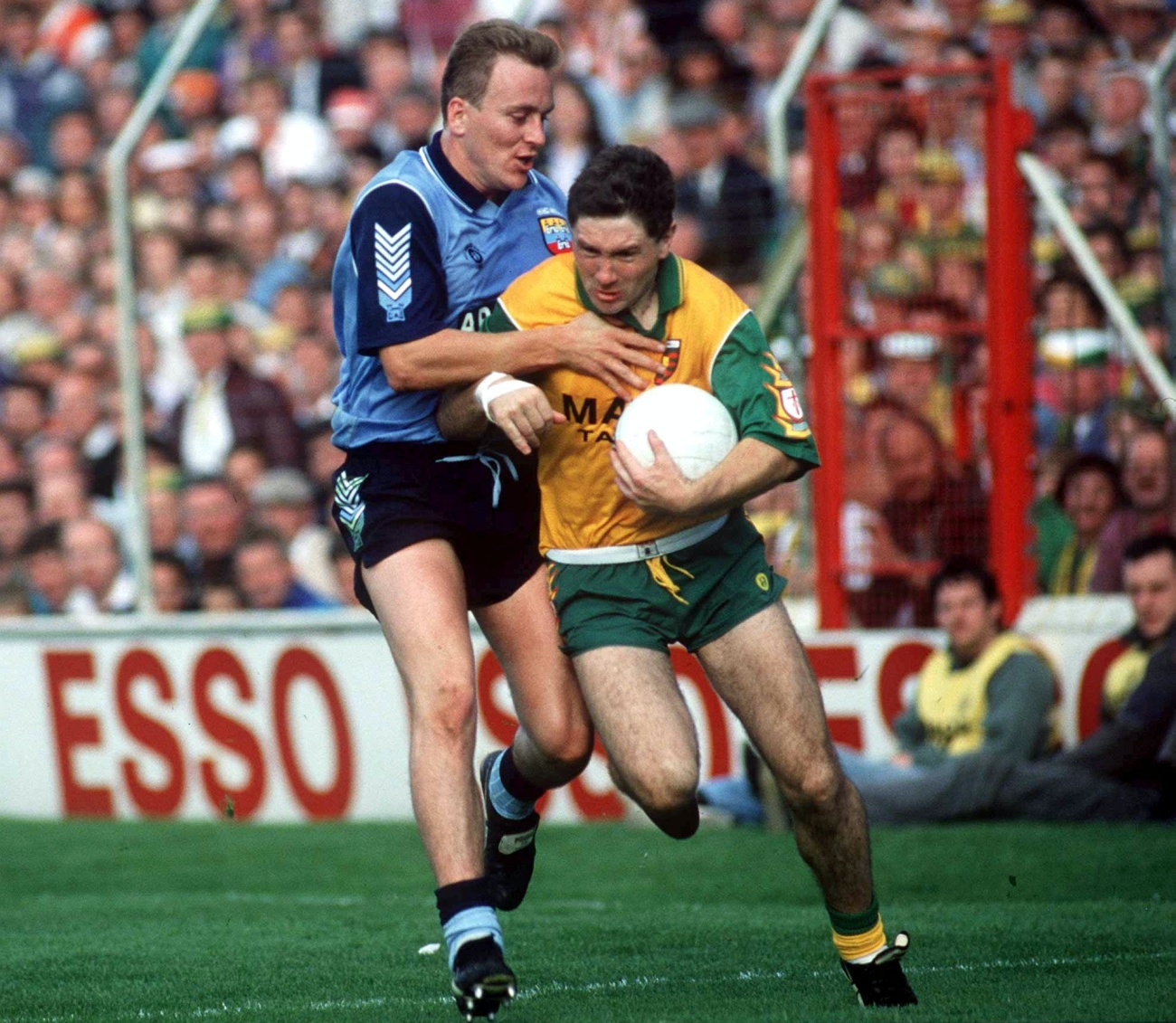 "Martin Gavigan was another player I played with and he was very, very physically strong and he was a rower. When I took over Cavan, Bernard Morris was a pig-farmer, he was naturally strong and in my opinion, lads like them are stronger than the modern day player who is doing weights all the time and no manual work. It has changed completely that way. They're spending more time in the gym and doing meetings and analysing different teams but we spent more time on the field with a ball."

"I think that's why the scoring rate has gone down," he continues.

"Like, if you want to be a golfer, you practice on the course, darts players and snooker players practice at the board and on the table. So gaelic footballers should be no different but I think they just don't have the same amount of time that they should have. That's why we've goalkeepers kicking frees now because forwards don't have time to practice them."

It's a fair question McHugh poses that only GAA players themselves will know the answer to. But there is certainly a cohort, whether they're club or county or college players, who are neglecting the skills of the game in favour of going to the gym.

On the subject of getting back into management himself, McHugh says that he would love to manage his home county though he wonders if the time has passed. 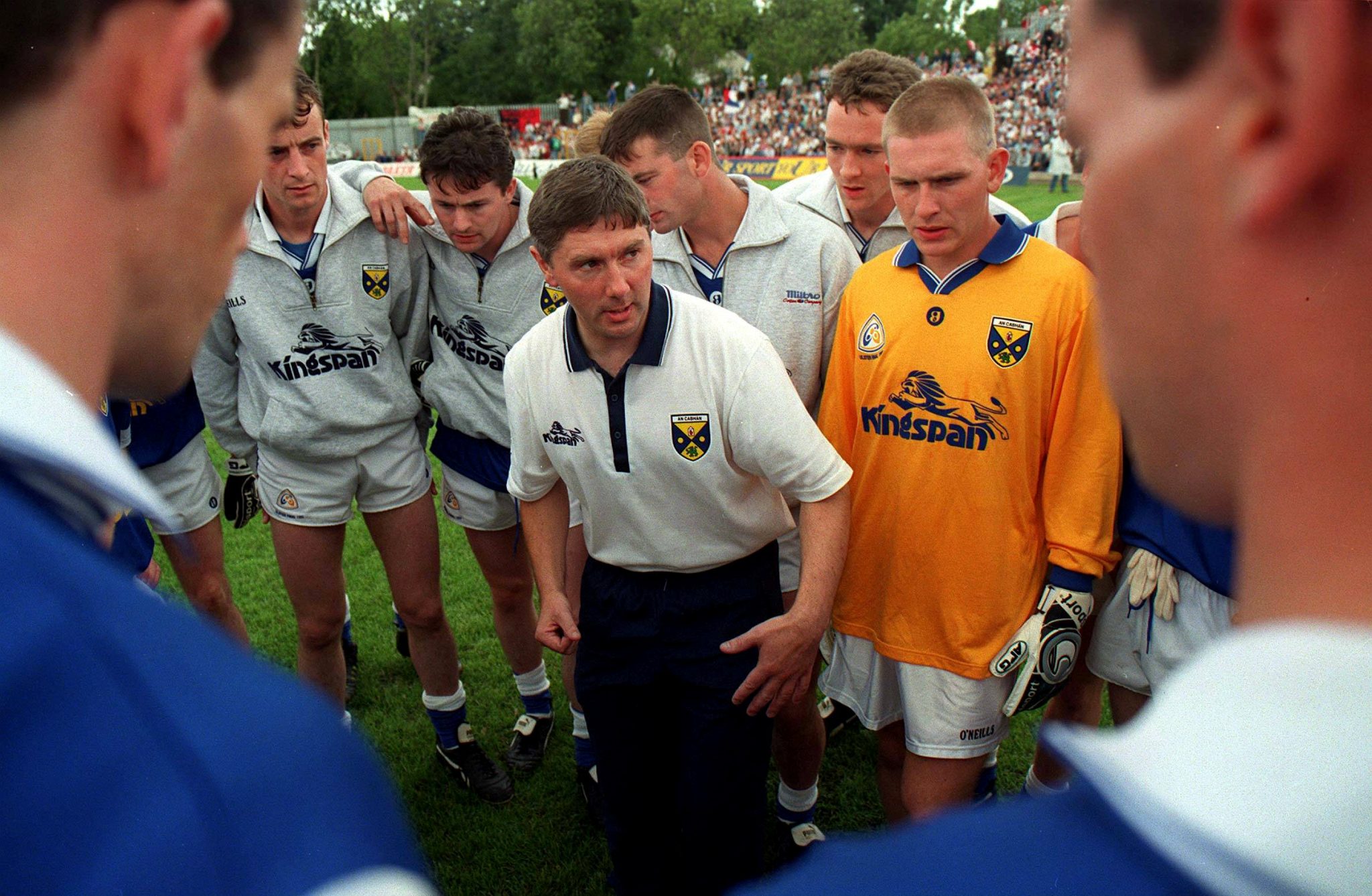 "I suppose back then, I was hot property when we won Ulster with Cavan but now, maybe it seems like a young man's game. I'll never say no, I still would love to manage Donegal. It's a thing I would love to do is manage my own county.

"I did go for the job in '94 and didn't get it and Cavan came in and I ended up going there but I still would love to...I suppose there is a bucket list there and I still would like to do it and when you get to my age, it's more difficult, but I would love to have a crack at Donegal.

"I don't know if you get too old to do that and everything else. I do watch a lot of football and still enjoy it so I suppose. When I went to Cavan, I did really enjoy it." 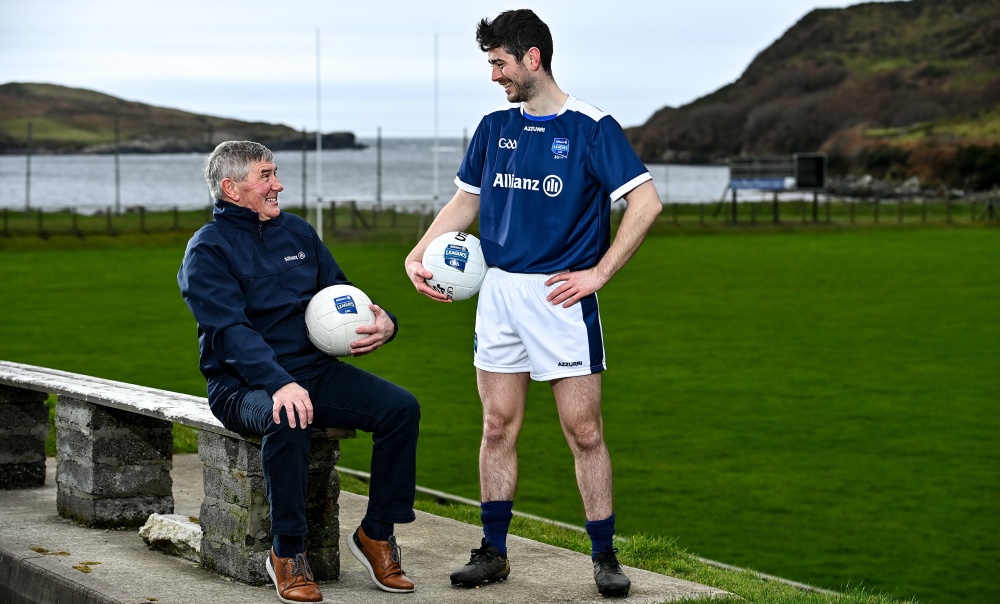 The Allianz Football League was officially launched today. This is the 30th season that Allianz has sponsored the Allianz Leagues, making it one of the longest sponsorships in Irish sport. Pictured at the launch at Kilcar GAA Club is Donegal footballer Ryan McHugh, right, and his father and former Donegal footballer Martin McHugh who played in the first year of the Allianz sponsorship. Photo by Sam Barnes/Sportsfile
Advertisement


popular
Talksport presenter puts Martin O'Neill to the pin of his collar over Declan Rice and Jack Grealish
Gary Neville sticks up for Ronaldo as contextless pictures and videos taken as gospel
Ariel Helwani shares Paddy Pimblett WhatsApp messages as spat becomes public
World Cup Power Rankings: The top eight pundits of the tournament so far
Rory McIlroy explains 'falling out' with Shane Lowry that lasted a few years
Ballyhale's Colin Fennelly felt Ballygunner's victory speech was disrespectful
World Cup Power Rankings: The top 10 players at the tournament ahead of the quarter-finals
You may also like
3 weeks ago
Cargin may build the statue of the man who just wouldn't accept defeat against Naomh Conaill
1 month ago
Ciaran Thompson goes on to make the difference as Shane O'Donnell very, very hard-done by in Donegal final
4 months ago
Guthrie's wand of a left peg inspires Donegal to a famous win over the Dubs
6 months ago
"You can't say that. That's sort of Jim McGuinness nonsense" - O'Rourke and Cavanagh drawn into bar-stool talk
8 months ago
"The Aussies were brutal, they'd call you all sorts of names" - Hanley on sledging in the GAA
8 months ago
"I don't like these headlocks. They're really dangerous and you can go out" - McGee on chokeholds in the GAA
Next Page