Larry Tompkins tore his cruciate in the 1990 All-Ireland final against Meath.

He did not fall to the ground, did not signal for medical attention. Instead, he went onto kick two critical points that would inspire the Rebels to a famous, grudge win over the Royals.

Now Tompkins doesn't wear his stoicism as a badge of honour or bravery, in fact he has since admitted that he couldn't possibly have started the game with such an injury. But with the adrenaline driving him on, Tompkins' refusal to bow was a sure sign of the attitude that made him one of the most effective players in the country at that time.

Cork, they were the blessed ones. Inhaling the pain barrier was a lifestyle for the man who transferred from his native Kildare to Leeside, to find that the intensity of the training wasn't even touching the limits he'd he'd pursue on his own.

GAANOW Rewind pays tribute to one of the true greats from our GAA Hall Of Fame in legendary footballer Larry Tompkins! Take a look here. pic.twitter.com/87mYLtU67Y

"This training, I'd do it before my breakfast," he once said to Billy Morgan.

In turn, the standards and the demands were raised for a Cork squad who would win two All-Irelands in a row after Tompkins' arrival.

"I hope I contributed something," said the GAA hall-of-famer, in an interview with Colm Parkinson on Monday's GAA Hour Show.

"People ask me if there was any one thing I contributed to Cork, and I'd just say that I upped the intensity at training and got it to a good level. In fairness to Niall Cahalane, Conor Counihan, these guys, Teddy McCarthy - these guys were great leaders behind it and they really drove it on. 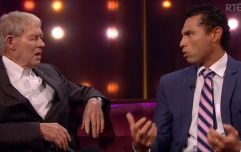 END_OF_DOCUMENT_TOKEN_TO_BE_REPLACED

"I Just felt like when I joined Cork - they were a hell of a town - but even up to nowadays, the one thing that you could be worried about them is that a little bit of hardness and that mental toughness that you really need when it comes down to a battle and like that comes from preparing, doesn't it?"

"I'd known Billy from America. I just felt do you know, training wasn't that hard like and I felt we needed to step it up if we were going to beat Kerry and going to beat Meath..."

The story went that Tompkins would be gymming in the morning, gymming in the afternoon - with the occasional cycle in between -before training again that evening according to Tomás Mulcahy in the Irish Examiner. It was all or nothing for the Castlehaven dynamo. 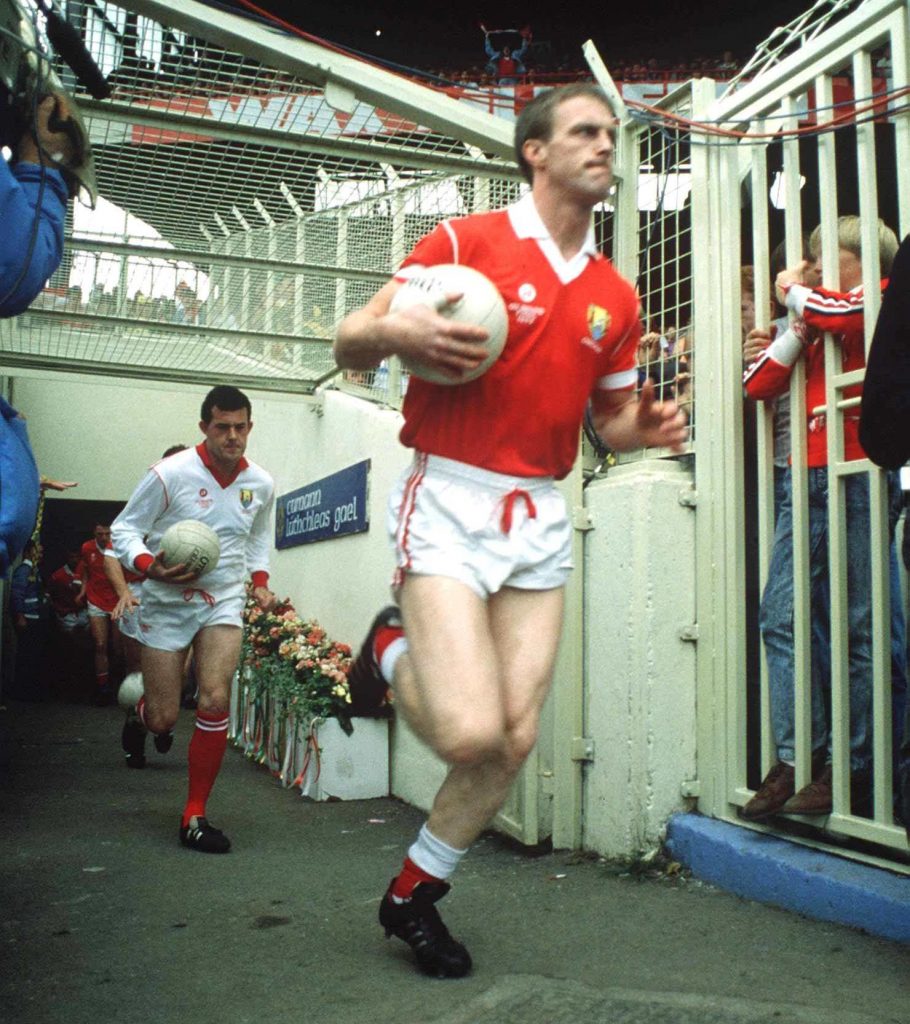 "It's better to be going two nights a week at training and going hard or going four nights, and doing nothing. People forget like, it's all about quality. Teams tend to go over-board, collective training, four or five nights a week and you'd just get fed-up of one another and stale. It's important that you have an appetite and that you come away knowing that it's worthwhile..."

"I done two cruciate ligaments, I done one in '90 - made a great recovery but then the second one went in a club game. People say that (over-training was the cause) but I just think it was damn bad luck..."

"I enjoyed it (the hard training) It was rehabilitation as well. I had gone to England a number of times, gone to Old Trafford for three weeks as well. I got a good bit of experience in these professional places, and a good team telling me how to prepare. I was just trying to get the best out of myself. I'd often go down to the Mardyke and kick a lot of footballs. You go training collectively with a team - it's very important to go out and work on those areas because training doesn't always cover them. You only have an hour and a half at training, it's important that guys do a bit extra..."

There you have it, the price of success, from one of the most driven players the game has ever seen.

You can listen to the Larry Tompkins interview, and the 1990 final review show here.

popular
Liverpool's deal to sign Diogo Jota as canny as they come
Eric Dier calls Dele Alli on his tantrum in All Or Nothing changing room row
The SportsJOE 12 o'clock quiz | Day 181
Sean Kelly sums up emotion of a nation as Sam Bennett all but sews up the green jersey
"I've always said I'll go back and play. I'll 100% play with Portlaoise again, and I really want to play for Laois"
The Tipp minors who beat Dublin's golden generation: the ones that got away
QUIZ: Can you name the 5 Man United players in 15 seconds?
You may also like
3 months ago
"I couldn't look somebody in the face and shake their hand if I'd been dragging off them for the hour"
5 months ago
Ranking the most audacious and ridiculous skills pulled off by Irish sports stars
5 months ago
The best sporting challenges to use time off to our advantage
7 months ago
Cork GAA will have fight on its hands to hang onto top prospect
7 months ago
"You grow as a person off the back of injuries...I always had the answer that drove me"
7 months ago
Cork finish with a flurry to stride away from improving Tipp
Next Page