Magical Sean O'Shea the difference as UCC do the business

The red card, which came after a yellow and a black came at a time when Mary's were roaring into contention in the midlands and they'll be left ruing that turning point.

It would be a disservice to UCC however, to say that they didn't deserve it. They were the better team for the majority of this game with Sean O'Shea, who was eventually named as the man-of-the-match on fire the whole night long.

They needed him at his best.

Because with a blinder of an Electric Ireland Sigerson Cup campaign behind him, the in-form Slaughtneil sniper Shane McGuigan kicked St Mary's Belfast into an early lead to some loud cheers from the Ranch faithful.

UCC took a while to click, but when they did, they made it count. Corner back Graham O'Sullivan from the Dromid Pearse's club in Kerry ghosted forward for a gorgeous long-ranger and that seemed to settle them into game.

UCC are the champs.

END_OF_DOCUMENT_TOKEN_TO_BE_REPLACED

This was quickly followed by a Paudie Clifford special and Billy Morgan's charges looked poised. St Mary's wouldn't die easy though and with Shane McGuigan on form and with Stephen McConville slotting the frees for them, there was nothing between them midway through the first half,

UCC had more to give though. With their star-studded forward line piling on the pressure, Mary's backs often had no option other than to foul but with Sean O'Shea lining them up, they were punished for everything. 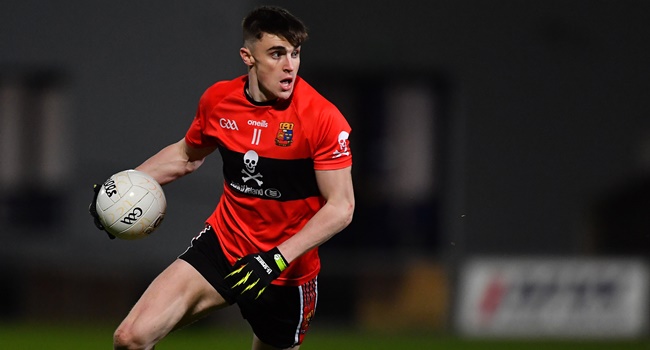 He kicked one from 45, another from 50 - off the ground and from the hands, it doesn't matter to the Kenmare man and that brought the momentum back to Cork.

Graham O'Sullivan kicked another beauty and with the big, burly Padraig Lucey of the Killarney Legion club taking over in the middle of the field, they bounded into the dressing rooms with a 0-9 to 1-3 lead.

The Kerry man's fetches, which you can watch here from the Electric Ireland stream, were the highlights of the half. 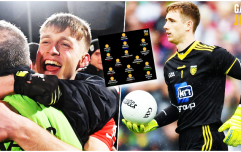 Sigerson Cup Team of the weekend

END_OF_DOCUMENT_TOKEN_TO_BE_REPLACED

St Mary's emerged for the second half a different team though. That man McGuigan kicked another cracker and Stephen McConville pointed to bring them within one.

UCC smelled the danger and that man O'Shea stepped up when they needed him to stretch their lead in response though. Then, disaster struck for the Ranch in a crazy two minute spell for Aaron Boyle.

First, the Armagh man was pulled over by referee David Gough and was shown a yellow carded for having his gumshield in his sock rather than wearing it. Then, he received a black card moments later for an off-the-ball collision when UCC were attacking.

We've all done it!

David Gough gets Aaron Boyle of @StMarysBelfast to take the gum-shield out of the sock and gives yellow. Boyle got another yellow minutes later and is in for an early shower.

To Mary's credit, they didn't wilt easy but eventually UCC's class told and they tore away. Subs Gary Murphy and James Naughton pointed late on to seal a 22nd Sigerson Cup for them.


popular
Freak injury forces Robert Whittaker to abandon title defence fight at UFC 234
The SportsJOE 12 o'clock quiz | Day 333
"We did find him hours later and we made up." - How Flynn and his best friend came to blows in Croke Park
The top 10 fastest knockouts in UFC history
Michael Bisping tears into Dillon Danis for 'trying to be Conor McGregor so hard'
"Munster was like playing for your local GAA club. The craic was 90"
If ever a player would inspire you, it's Kildare's Mary Hulgraine

You may also like
2 years ago
Team of the Sigerson Cup
2 years ago
"Their hands are tied with the league...it's ridiculous, you could play the Sigerson first"
2 years ago
GAA team of the weekend
2 years ago
Sean O'Shea has Mallow drooling but Jarlath Óg Burns is some man to fetch
2 years ago
Letterkenny IT win Trench Cup after outrageous scoring run in final minutes
2 years ago
UCD stunned in Sigerson semis after being held scoreless for 38 minutes
Next Page