When Eoin Larkin was out in Kosovo in early 2008, he didn't have much.

There was no hi-tech gym equipment, no teammates to spur him on, no hurling pitches for a puck-around and in many ways, the one sure thing was a vast selection of excuses to pick and choose from. 13 years on and a GAA player wouldn't have to be in Kosovo to see such challenges but in a restricted world, the Village club-man's ambition is an example to us all.

Missing Kilkenny's League campaign was another ready-made fall-back but it wasn't a get-out-of-jail card the then 23-year-old was looking for. He was looking to be the Hurler of the Year.

To get there, he knew it would take a winter of hell on earth and so in the war-torn middle-east and a long way from Nowlan Park, a Kilkenny hurler was training like a maniac.

Having 'wintered well' in seasons gone by, Larkin didn't pick up a hurl for the majority of this six month spell, his one-track mind instead focused on training himself into the shape of his life. Michael Dempsey was Kilkenny's fitness guru at the time and a possessed Larkin savaged whatever the Laois man served up.

Doubts, desire and ambition inspired the on-duty soldier during his one-man training camp, as he explains on his Laochra Gael tribute show which will air on TG4 this Thursday night at 9.30. 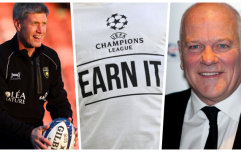 END_OF_DOCUMENT_TOKEN_TO_BE_REPLACED

Even when the waters turned choppy and an achilles injury struck, this man was undeterred.

"I just jumped on the spinning bike and pedalled furiously for the hour," he continued in his book 'Camouflage.' 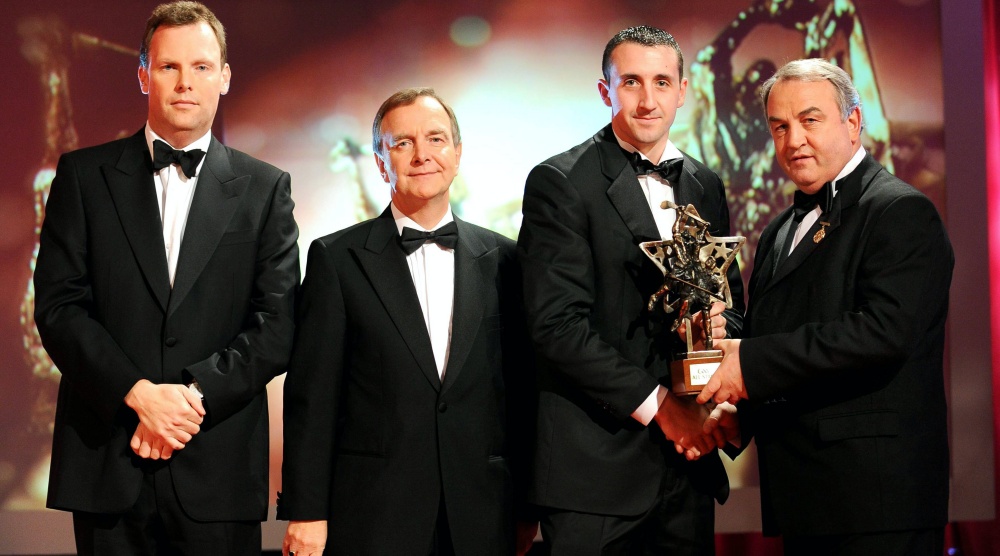 Eoin Larkin, 2008 Hurler of the Year receives his award of Nickey Brennan.

Kilkenny were kings of September once again and it wasn't a surprise to anyone when Larkin received the game's highest individual honour, named as Hurler of the Year that October.

"When you needed Eoin Larkin, he was there. I would argue he was possibly the most consistent hurler for Kilkenny for ten years," says his club-mate Jackie Tyrrell on Thursday night's show.

The respect of your teammates and the admiration of your opponents must be every sports-person's aim and Tipperary's Shane McGrath is just as complimentary of the James Stephens man.

"Everyone who has come across Eoin Larkin would say that they've great respect for him as a player and as a winner. And I think that's a great thing to be remembered as..."

GAA players may not be in Kosovo but they are in no-man's-land these days. With the right attitude, no-man's land can take you somewhere special as Eoin Larkin proved back in 2008.


popular
Bill Shankly’s grandson asks for statue to be removed from Anfield
'War-scene' in Tyrone dressing room before 2005 final sums up an iconic team
Solskjaer chats with protesting United fans who broke into club's training ground
The SportsJOE 12 o'clock quiz | Day 336
We knew Sean O'Brien wouldn't let us down with his Lions XV
Keith Earls backed for Lions XV by one of the best in the game
Springboks legend Tendai Mtawawira tells us what he really thinks of Ellis Genge
You may also like
2 weeks ago
"People would say 'you put in a fierce sacrifice,' but it never felt like that"
2 weeks ago
Dessie Farrell suspended for 12 weeks after lock-down training session
2 weeks ago
Spare Dublin the virtue-signalling outrage, but wider GAA community will suffer for this one
3 weeks ago
The SportsJOE 12 o'clock quiz | Day 322
3 weeks ago
Four more head-scratching weeks without golf and underage training as leaks arrive on time
3 weeks ago
McGrath still as energetic as ever even after all these years
Next Page