Leitrim player gets red card, sets up equalising score on his way off

Where else would you get it?

Only in the Connacht FBD League in the pits of January.

Avant Card Páirc Sean Mac Diarmada was the place to be on the first Sunday of 2019 and any adult who paid a tenner and any student who paid a fiver got way more than the money's and the trip's worth to Carrick on Shannon.

A sin bin, a red card and a penalty shootout, you'd pay 15 for that. 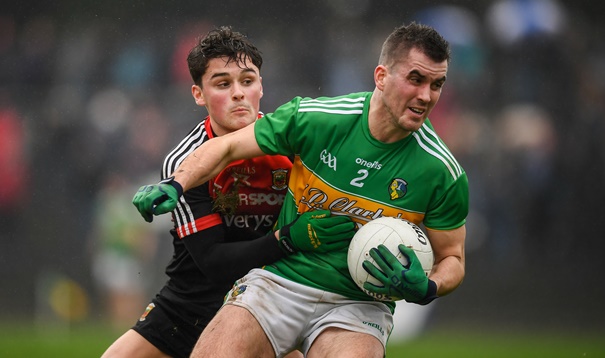 For Leitrim fans, it was the crack of a bright new dawn. Brendan Guckian's men showed signs of progress last year, beating New York in the championship and running Laois close in the League but with Terry Hyland on board this year, this was the first game, a clean slate and a fresh start.

And Buoyed by Aughawillan putting it up to Mayo champs Ballintubber in the Connacht club, Leitrim knew they could give Mayo lots of it.

That they did. Despite trailing by eight at one stage, they kept battling away and with the county's most talented young footballer Ryan O'Rourke turning the game on its head upon his introduction, it's clear that they've lots to look forward to this year.

Indeed, only for their man Evan Sweeney being denied by the cross-bar with a goal effort late-on, they could well have sealed a historic victory over James Horan's men here. 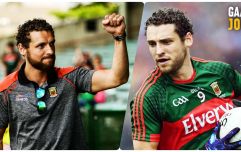 END_OF_DOCUMENT_TOKEN_TO_BE_REPLACED

That's because their midfielder, Ballinamore man Dean McGovern, who had spent ten minutes in the bin earlier in the game, was shown a red card by referee James Molloy 36 minutes into the second half, only for him to play a crucial role in their equalising score on his way off.

With Leitrim desperate for a levelling score, the ball came to him - harmlessly and unknowingly according to our sources at the ground - and what's a man supposed to do when a ball lands in his hands?

Then there was the penalty shootout...

WATCH: The Scenes in Carrick on Shannon as Mayo Leitrim goes to penalties accompanied with some sound effects and commentary from Leitrim lads behind the goals 🤣 https://t.co/Cr79A4NiJA pic.twitter.com/Kc5hkRmtoB

As for the Mayo faithful, they got a look at the next generation of their own. Brian Reape will have impressed them while Westport's Fionn McDonagh also looks like he has plenty to offer. 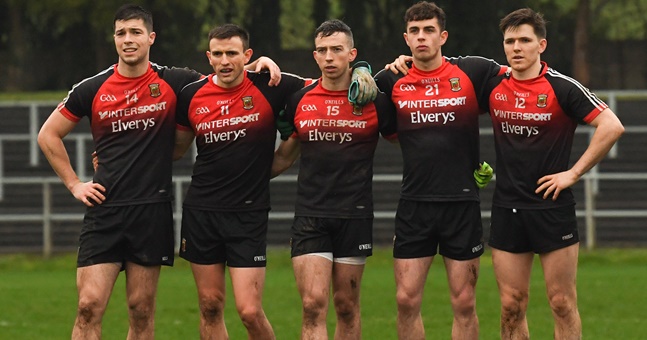 On top of that, their ever entertaining team didn't disappoint by offering up the novelty and excitement of a penalty shootout, surely one of the first in the inter-county game.


popular
The 14 Irish players Down Under as TG4 come up with the goods once again
Roy Keane's first impression of Cristiano Ronaldo proved to be very accurate
The SportsJOE 12 o'clock quiz | Day 290
Jurgen Klopp chases Sean Dyche down Anfield tunnel after half-time fracas
Joe Rogan reveals he could be parting ways with the UFC
Fernando Torres has got absolutely jacked since retiring from football
"I kind of decided on Hill 16, 'you're either going to do this or you're not going to do this.'"

You may also like
2 weeks ago
"Never once did he make it about himself. Never once did he complain" - Moran's tribute to fellow soldier Clarke
2 weeks ago
After 20 stellar years of service, David Clarke has hung up the gloves
1 month ago
GAA JOE All-Star Gaelic football team
1 month ago
"Cillian O'Connor, amazingly, didn't even flinch at what was said by Philly"
1 month ago
Mutual respect between Fitzsimons and Keegan a stirring sight
1 month ago
Dublin and Mayo players clash in tunnel at half time
Next Page