Michelle Guckian was not the only GAA goalkeeper to have a look at what was unfolding in front of her and fancy her chances in the outfield. Four years ago, she took the plunge and Leitrim found themselves a scoring star. 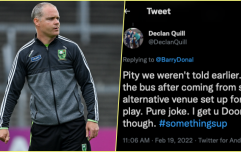 END_OF_DOCUMENT_TOKEN_TO_BE_REPLACED

Leitrim claimed their last TG4 Connacht Intermediate title in 2015, Guckian could never have imagined the tortuous path that lay in store for the county’s footballers.

An Intermediate championship relegation play-off victory over Wicklow last August was Leitrim’s most significant victory since that provincial success – and marked another step forward on the road to recovery.

Leitrim didn’t field a team after February in 2018, and were subsequently relegated from Division 3 of the Lidl National League for the first time in eight seasons. They were back on the playing fields in 2019, winning two games out of seven in Division 4, but they had to beat Wicklow to avoid a drop into the Junior championship ranks.

Under the management of former Tyrone minor manager Hugh Donnelly, the Leitrim ship has stabilised. Five games into this year’s Lidl NFL Division 4 campaign, they were in second place with only a one-point loss to leaders Louth as a black mark against their season. A spot in the League final was one win away, but Covid-19 became the impediment in their path. 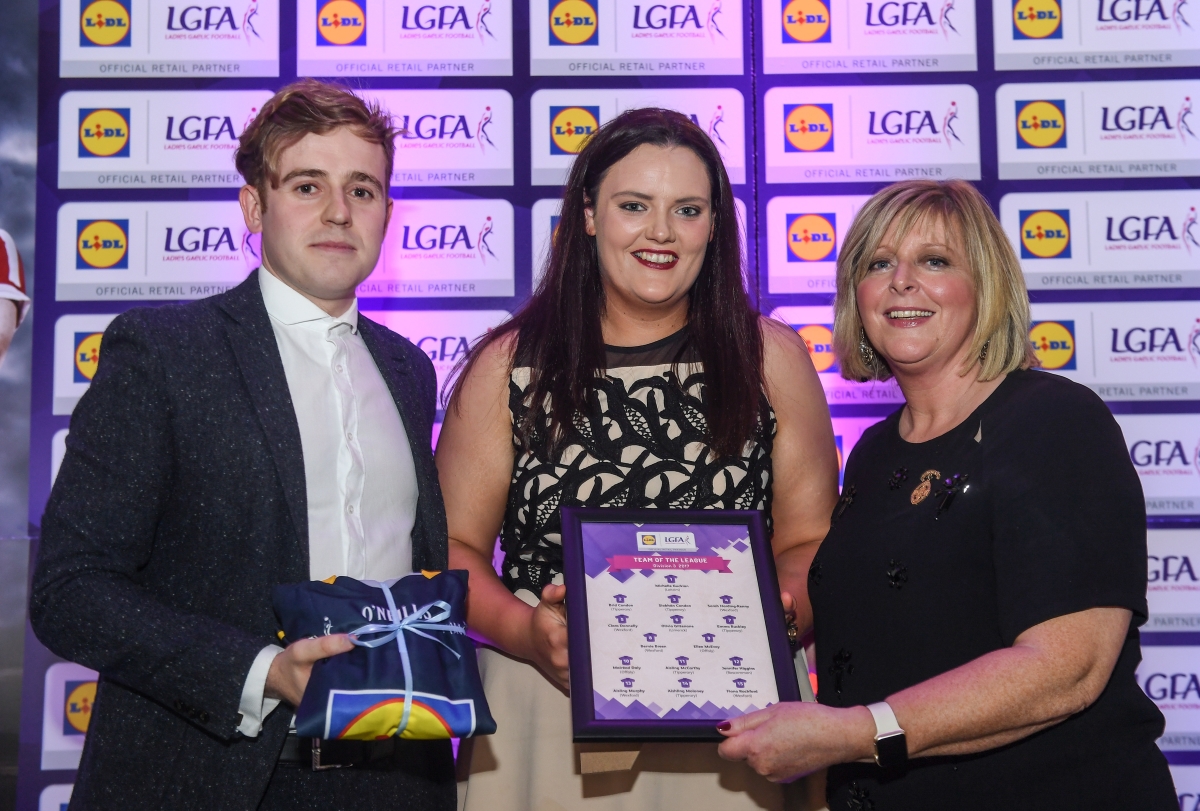 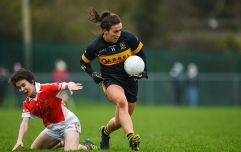 END_OF_DOCUMENT_TOKEN_TO_BE_REPLACED

For Guckian though, it is a temporary pause and she sees bright times ahead once more.

“Everything was just going our way at the right time, training has been brilliant, the group effort was brilliant. Everything was in place for a nice year and then it all came to a halt. 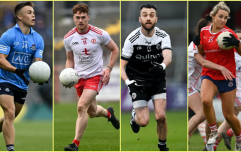 END_OF_DOCUMENT_TOKEN_TO_BE_REPLACED

“We had two games left against Offaly at home and away to Carlow. We were definitely on the right track and we were hoping to push on to get into the final of Division 4 and get promotion up to Division 3,” said Guckian, who works as a secondary school teacher.

Guckian has been a shining light for Leitrim this season playing in the full-forward line, kicking frees, freed from her usual goalkeeping berth.

She was only briefly involved last season and opted out of the 2018 season entirely, but she knows how precious that relegation play-off win was.

“It was really tough on the girls being relegated," she says. "We didn’t have a manager in 2018, it kind of just slipped away from us. Nothing seemed to click into place for us.

“I stepped back myself that year. I didn’t really have much of a role in it. It was a tough year for the players that were there. They wanted to play that year. It wasn’t a nice year for anyone involved in the county team.

“Last year I gradually drifted away from the squad. I just wasn’t enjoying my football, it wasn’t for me. When you are not enjoying the game it is very hard to motivate yourself to get up and train. I stepped back and it was the right decision for me at the time. I know a lot of people wouldn’t see that, but for me, if your heart is not in it, it is very hard to play.

“But the girls did brilliantly to keep it going last year. They fought so hard to keep us in Intermediate. The likes of Clare Owens, she’s captain again this year, she led by example and kept everything ticking over.

It will seem strange for many to hear that the Kiltubrid player no longer has the No 1 shirt on her back, but in her eyes she has no intention of going back stopping shots.

“I am not a big fan of playing in goals anymore. I did it for many years, but I didn’t like it as much in the last while. I prefer to be out the field involved a bit more in the action.

“All that time we were in Division 3 I played in goal. When we won the two Connacht titles I was in goals, but then in 2016, I played outfield and got a taste for it. I was back in goal for 2017, but last year was the last of it. 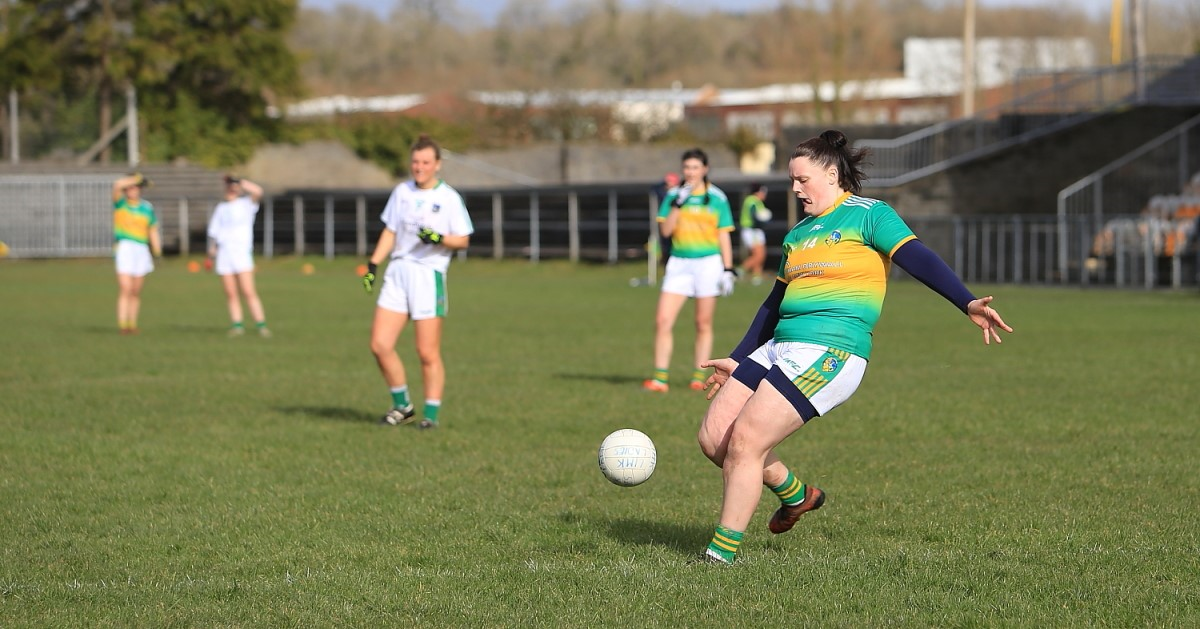 At 27 years old, Guckian is one of the most experienced players in Donnelly’s squad. While her club and county mate, Áine Tighe, won’t be available this year as she rehabs the cruciate ligament injury she suffered playing in Australia, she has been blown away by the quality of some of the panel’s youngsters.

“Áine was due to come home in May and would have been welcomed back into the panel. She’d have been a huge asset to us as well.

“She is still doing her rehab over in Australia and they are keen to keep her on for another year, which is brilliant for her. Hopefully she’ll be back to us next May, fighting fit and ready to go.

“I think we have a panel of 36 or 37 at the minute, which has never been seen in Leitrim. Everyone is back playing – the likes of Sarah McLoughlin and Charlene Tyrrell, who were gone into retirement have come back."

“But most of all it’s great to have our experienced players mixing with the young players coming up," Guckian adds. "They are phenomenal. We have 16- and 17-year-olds that have already shown to be true leaders on the team.

“Our U-14s won the All-Ireland two or three years ago and that talent is following through. It’s brilliant to see them pushing forward and challenging the senior players. We’re pointing in the right direction again.”


popular
Rangers legend says he and Roy Keane didn't speak during Man United spell
The coolest customer in hand-ball hoping to carry on the family tradition for Kilkenny
Oli McBurnie: Police investigating video of alleged 'stamp' on Nottingham Forest fan
Josh van der Flier and Sam Monaghan win big at Irish rugby awards
Rhodri Giggs accuses Gary Neville of hypocrisy over Salford sacking
"County football isn't for everyone" - Down captain Barry O'Hagan hits back at criticism
"I think there are only five Kilkenny players who are guaranteed to start on any given day" - Cody's motivational methods
You may also like
1 month ago
Northern Ireland manager’s comments are outdated, lazy and blatantly sexist
1 month ago
"They told us that we would be in the League final and we found it hard to believe." - Rossies on the rise
1 month ago
“It’s not even about the silverware, it would just be so nice to play Division 3 football" - Limerick on the rise
7 months ago
Meath dominate as ladies football All-Star nominees are announced
1 year ago
"It's an issue very close to many young girls' hearts" - Cork minors call for All-Ireland championship
1 year ago
Offaly star Mairéad Daly's remarkable comeback from double ACL injuries
Next Page