The best of enemies.

Remember that Roy Keane and Patrick Vieira documentary? God, it was cracking.

END_OF_DOCUMENT_TOKEN_TO_BE_REPLACED

These were two of the greatest men to ever lead their clubs and two of the finest central midfielders of all time. They fought, they kicked, they swung and argued and they brought the very best in each other out. And here they were talking through the old times. The best times.

Beneath it all, you see, was a mutual respect. They knew they were elevating one another's game and they thrived off it.

You could even see it when they were still playing, even in that tunnel incident at Highbury back in 2005 after the pair came face-to-face and started a row before the United and Arsenal game.

By the time the two skippers had reached the front of the line, they both had subtle grins on their faces as if it was what they both wanted and needed. They needed their teams to know they were going for battle and the pair needed to hate each other before kick off. Before war. 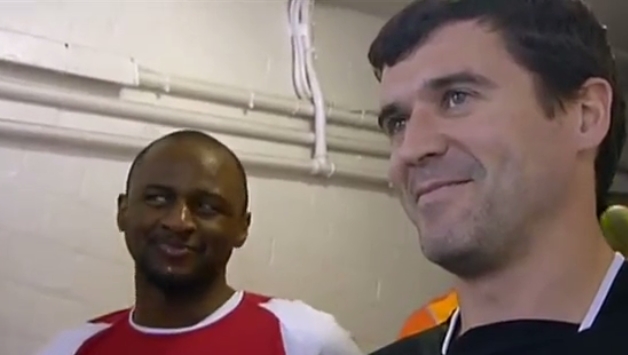 END_OF_DOCUMENT_TOKEN_TO_BE_REPLACED

"I really loved fighting against you because there was great respect there for what you accomplished as a player, as a captain, as a leader," that was Patrick Vieira's assessment of Roy Keane, his greatest adversary.

"I knew when I was playing against you, I had to be at my very, very best," Keane returned the compliment as if it was just another tackled dished out in revenge over a decade ago.

END_OF_DOCUMENT_TOKEN_TO_BE_REPLACED

Lee Keegan and Diarmuid Connolly is a duel for the ages.

In years to come, we'll be talking about these two great Mayo and Dublin men and we'll be crying about the lack of similar intensity and similar rivalries. We'll be pining for those tough old days of real men and we'll be reminiscing of battles past of two of the best trading blows.

"The two of us will do anything to win on the day," Keegan admitted to SportsJOE's GAA Hour podcast.

"Of course we had a few run-ins and a few bits and pieces, that's always going to happen. You see it happening all over the pitch, different things going on, it's not just us two.

"Diarmuid's a top, top player, we all know that. We've had great tussles over the last couple of years. 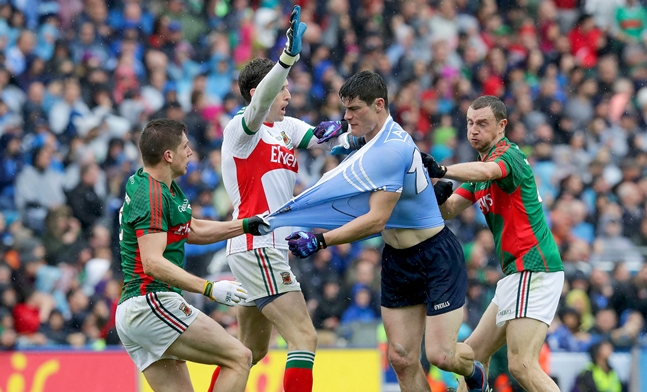 The pictures that emerged were almost hilarious. Connolly's shirt ripped off him, chest busting out. Keegan has a valid defence though:

"I was looking at the body. I wanted to see what the body looked like," the half back laughed.

"Ah, it's the heat of the moment out there. It's the pressure of sport, things like that are going to happen all the time.

"It's just physical stuff, no talking at all to be honest with you.

"He's focused on what he's doing, I'm focused on what I'm trying to do. I'm a defender - people are always looking at me as trying to score a point or two. I'm more the type of not conceding scores, that's my game."

So it was a good performance from Keegan.

"He got the point towards the end..." you can always do more. You have to do more in this rivalry.

Listen to the full interview below (22:15) on The GAA Hour with Colm Parkinson. Subscribe here on iTunes.


popular
Owen Farrell praises Johnny Sexton in revealing interview ahead of Six Nations
British publication urges Gareth Southgate to claim Evan Ferguson for England
Everton release brutal 59-word statement to confirm Anthony Gordon departure
Allianz National Football League Round 1: All the action and talking points
Two Ireland stars included in Premier League's 'young English XI'
Cristiano Ronaldo will return to Europe to end his career, Al Nassr manager confirms
Sean Dyche set to be named Everton manager after Marcelo Bielsa talks break down
You may also like
2 weeks ago
QUIZ: How many of the 33 county SFC champions for 2022 can you name?
2 weeks ago
"You need to be able to hurl your way out of trouble" - Composure the key to Dunphy's game
3 weeks ago
"We'll have plenty of Christmases" - McGowan and club players should be envied not pitied
4 weeks ago
'With the worlds’ greatest thief not able to take even just one friendship away' - Cooper retires with heartfelt statement
4 weeks ago
Mickey Moran gives a rare interview in TG4's brilliant Anton O'Toole documentary
4 weeks ago
How many of the 65 county senior champions for 2022 can you name?
Next Page