Lee Keegan is back in the green and red.

While many eyes will be on Pairc Ui Chaoimh on Saturday evening, as Kerry and Cork duke it out for the Munster title, Mayo will be in action in the All-Ireland Football Qualifiers.

Having seen off Limerick in Round 1 of the qualifiers, Mayo take on another Munster side, Tipperary, at Semple Stadium.

Stephen Rochford has made three changes from the side that started that win over Limerick and there is a welcome return for Lee Keegan. 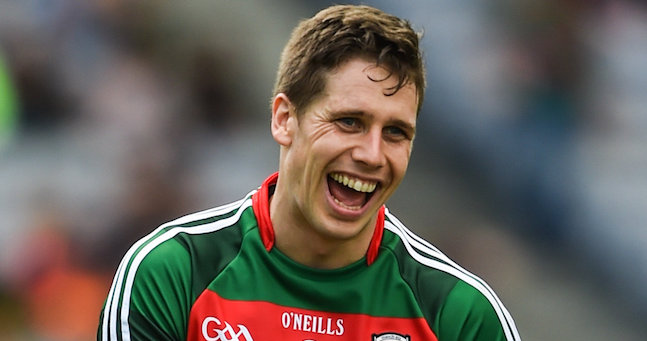 The Mayo starting 15 announcement, on their official website, reads (in part):

'Following an 18 point win over Limerick in Round 1 Stephen Rochford makes 3 changes to his starting team. Out go Eoin O'Donoghue, Evan Regan & James Durcan with Lee Keegan, Jason Doherty and Andy Moran all starting. All three players came off the bench in the Round 1 win.

'Saturday sees 4-time All star defender Colm Boyle making his 100th Mayo appearance (45 championship & 54 league). He made his debut in 2008 against Sligo.'

Diarmuid O'Connor is available for selection again but will start this one on the bench, unless Rochford makes some last-minute tweaks.

Conor and Colm on the @TheGAAHour calling Diarmuid O'Connor in the centre of the field is what I've been saying since Toms' ...and before it...injury, honestly think he's made for it, this crack of "needing" two lumpy fielders in the middle is dinosaur stuff

An O'Connor appearance in midfield may have to wait a while...

Tipperay have also announced their team, and bench, for the game:

Throw-in for the clash against is 5pm.

You may also like
2 weeks ago
"Never once did he make it about himself. Never once did he complain" - Moran's tribute to fellow soldier Clarke
2 weeks ago
After 20 stellar years of service, David Clarke has hung up the gloves
1 month ago
GAA JOE All-Star Gaelic football team
1 month ago
"Cillian O'Connor, amazingly, didn't even flinch at what was said by Philly"
1 month ago
Mutual respect between Fitzsimons and Keegan a stirring sight
1 month ago
Dublin and Mayo players clash in tunnel at half time
Next Page