Dessie Farrell claimed after Dublin's defeat to Mayo, that the league is for 'experimentation', and he is right, but you only have to look at their opposition on that night to see the tinkering and trying master, James Horan.

When it was revealed that Mayo made seven changes from the team that beat Monaghan, many believed that they weren't taking the Dublin threat seriously, assuming that the capital's poor start would make them easy targets. 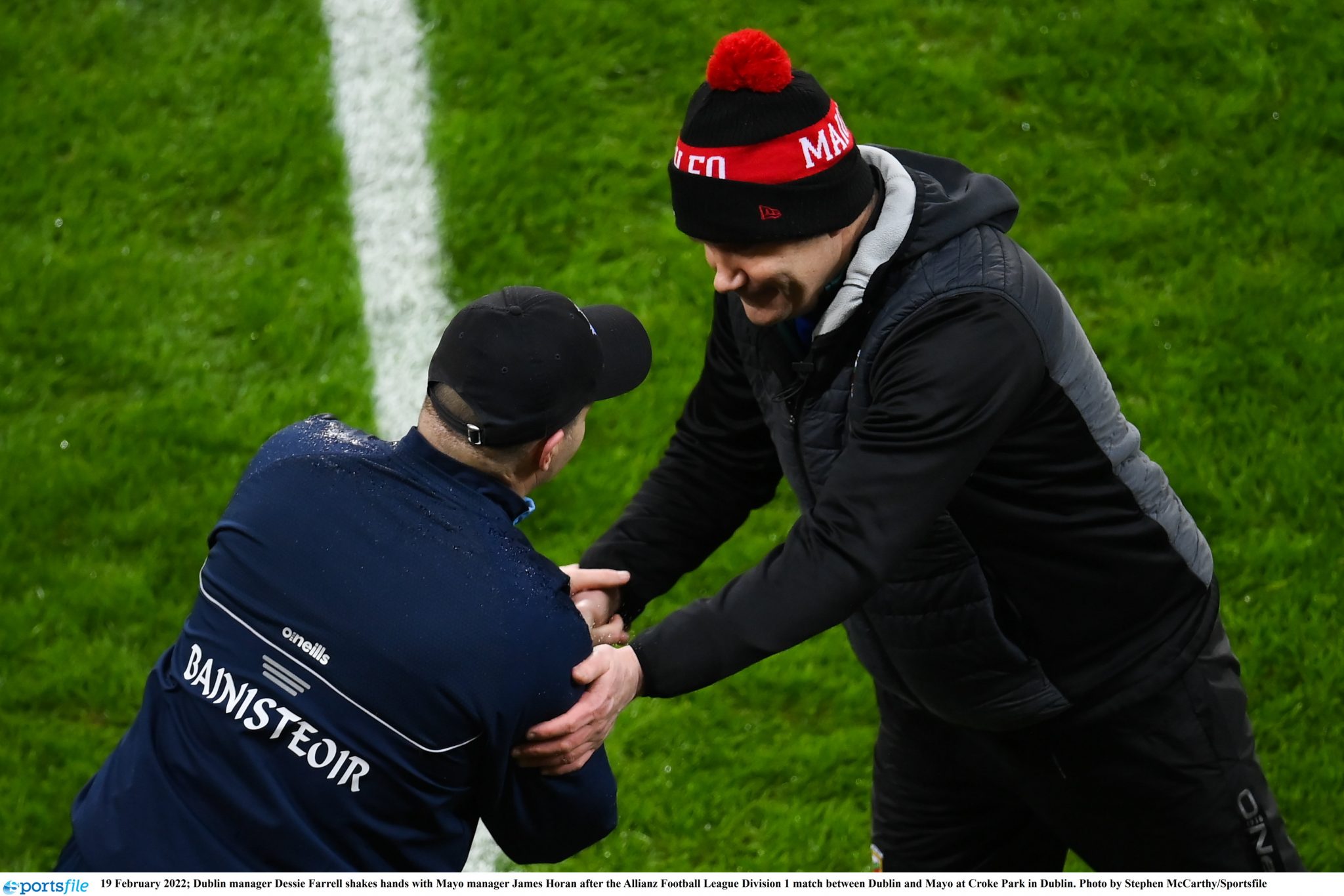 END_OF_DOCUMENT_TOKEN_TO_BE_REPLACED

Truth is, Horan was simply doing what he does best, and that's blood new players in the thick of battle, and give them opportunities when the pressure is on.

Pre-season tournaments are a great way for new players to find their feet, but the league is a whole different story, especially in Division One.

You are up against the very best, and survival is crucial if you want to be as prepared as you possibly can be to stake a claim at the All-Ireland title. 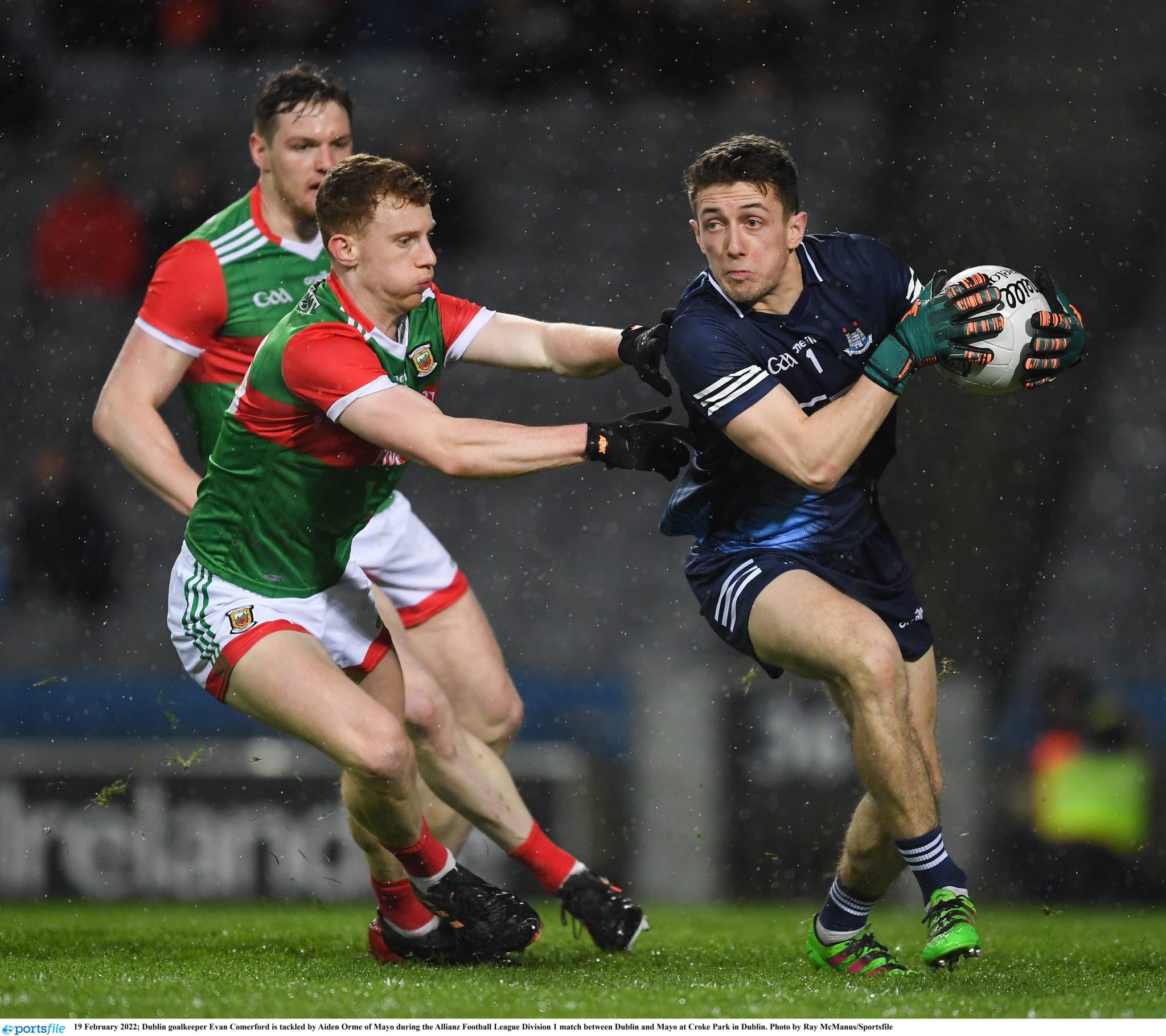 END_OF_DOCUMENT_TOKEN_TO_BE_REPLACED

Last Saturday evening, on his first appearance at Croke Park, in just his third league appearance, Aiden Orme was thrust under the spotlight, and only made it shine brighter.

The 22-year-old was magnificent, and not only did he finish up with 1-1 to his name, his workmate and intensity made him look as though he had been a Mayo senior footballer for years.

It's not just young blood that's been important, even the roles of established players are being experimented with, as Aidan O'Shea has been playing well coming on as an impact sub, roaming between the two 50s. 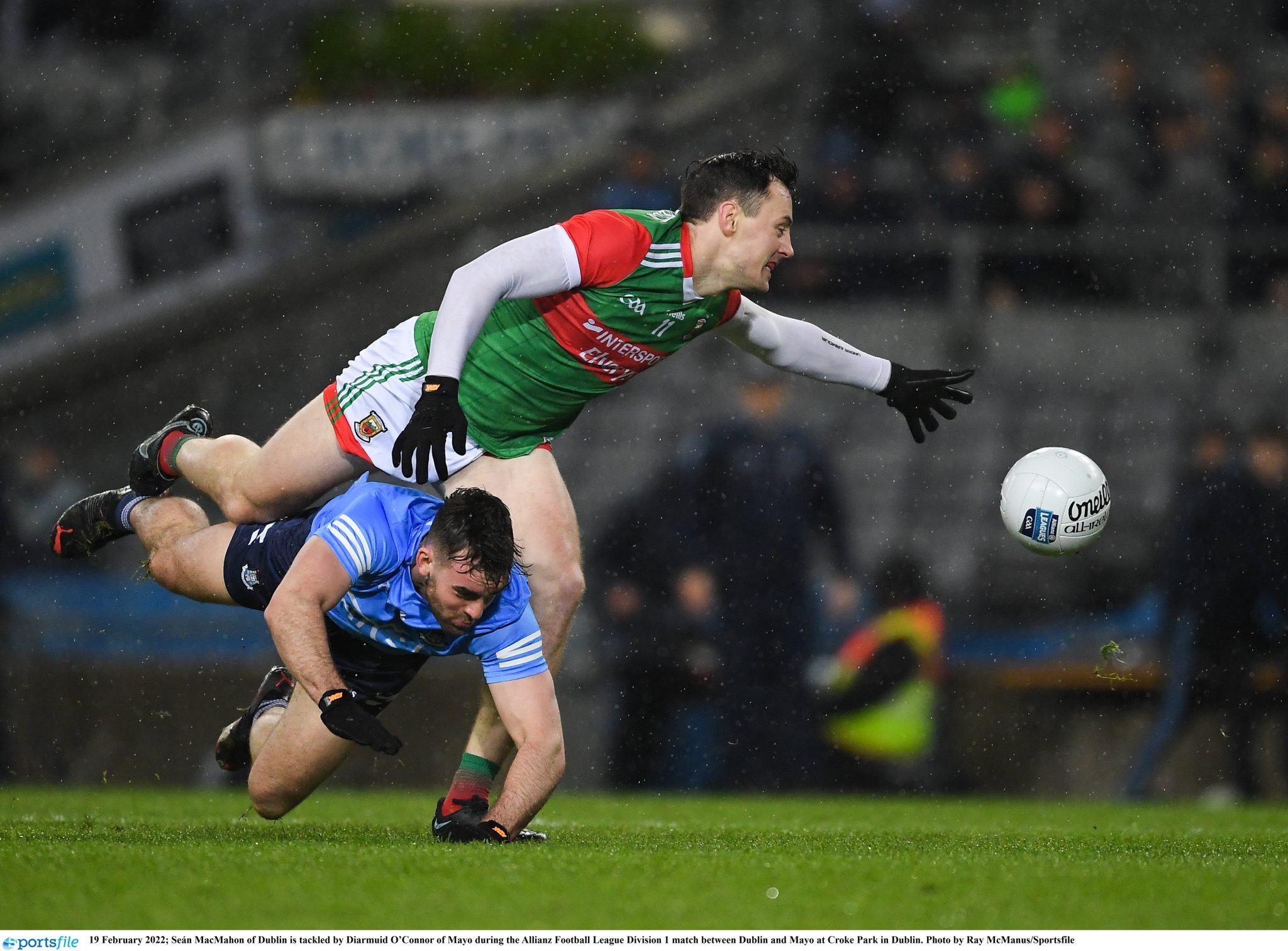 END_OF_DOCUMENT_TOKEN_TO_BE_REPLACED

Diarmuid O'Connor seems to have stepped up as more of a leader in the team, a real 'grab the game by the scruff of the neck' type of player, and was outstanding at the weekend.

The experiments don't look to be stopping anytime soon, as the Connacht champions are set to face Armagh, another team who are in flying form at the moment.

After dominating against Dublin, then beating the All-Ireland champions Tyrone, and drawing against an amped up Monaghan side, the Orchard county are the team to beat in this league. 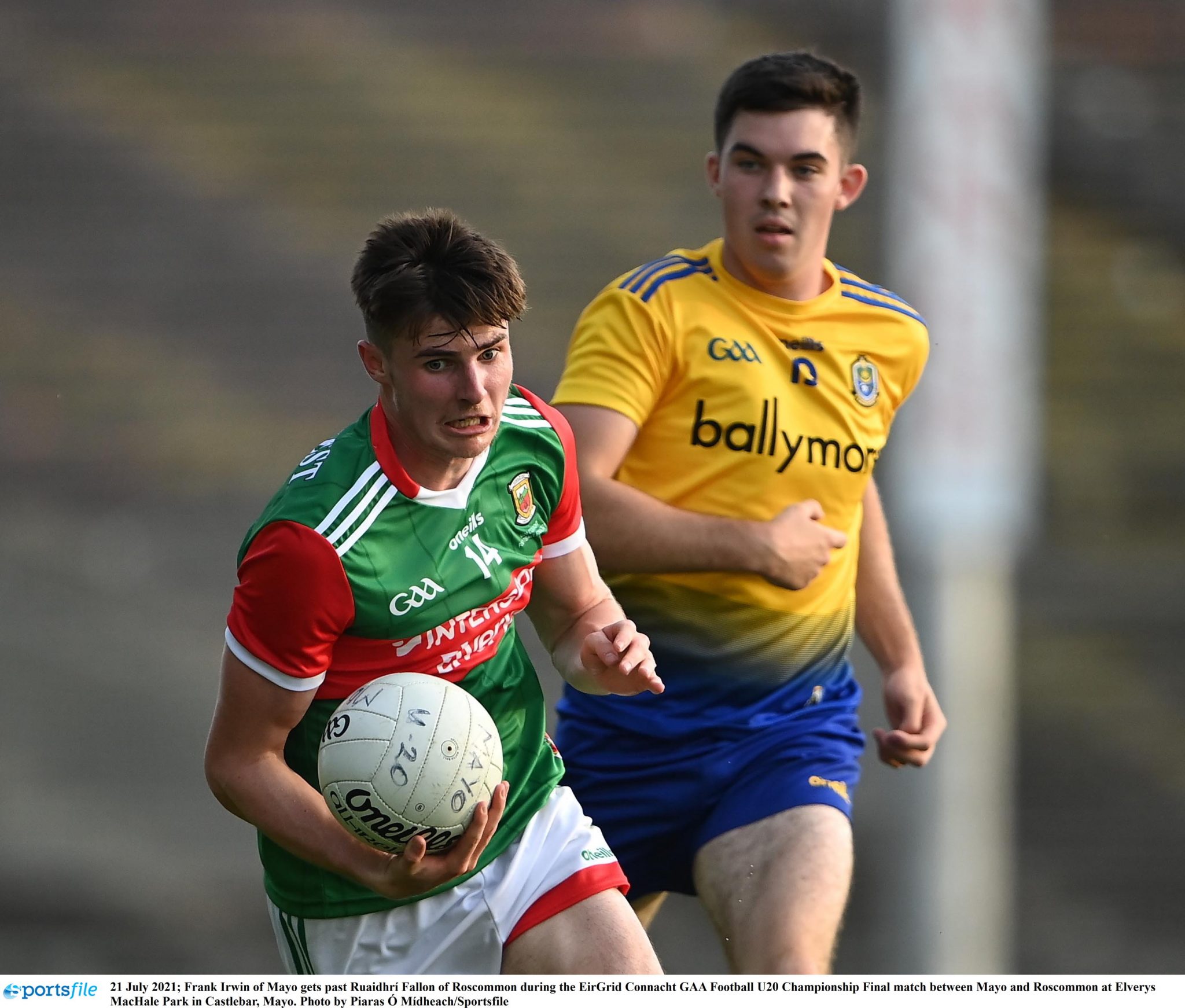 That won't stop Horan from taking full advantage of the occasion, and seeing it as an opportunity to give young players experience that money cant't buy.

Callinan is currently a leaving cert student whose only appearance this year was when he came off the bench in the draw with Donegal. 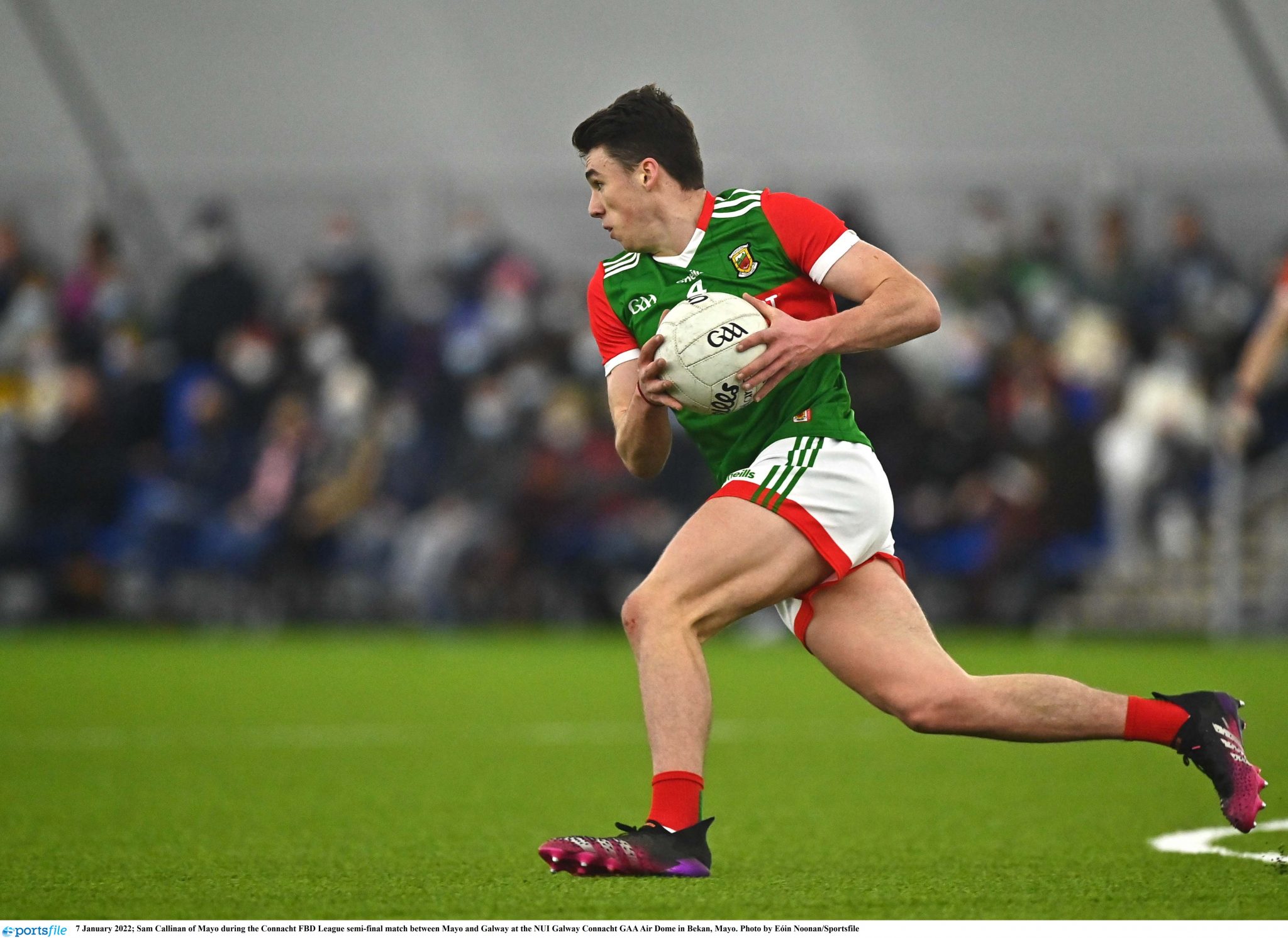 The youngster is selected at left half-back, while Irwin has been named at full-forward, a name that is synonymous with Mayo team sheets, as his father once played in the red and green also.


popular
QUIZ: Can you name the sponsors of all 32 of these old county jerseys?
Shane Lowry on his Tuesday duels with Rory McIlroy at The Bear's Club
Roy Keane linked with Championship job to replace ex-teammate
Two Man United players led a furious half-time inquest into Manchester derby performance
"I think Wexford football is in trouble if something is not changed" - Banville criticises Wexford lay-out
Thierry Henry once humiliated teammates in training just to prove a point
"This is the darkest day for English rugby... the ship has sunk" - End of the road for Worcester Warriors
You may also like
4 days ago
"It’s basically like a mix between rugby and soccer" - Paul Mescal attempts to explain Gaelic football on American TV show
1 week ago
For the first time since 2005 Donegal will not be able to call on Neil McGee
1 week ago
Wexford GAA propose introduction of lifetime bans for referee abuse
1 week ago
The return of Paul Mannion and Jack McCaffrey proves that Pat Spillane is wrong about split season
1 week ago
Cavan and Mayo club championship games live on TV this weekend
1 week ago
All-Ireland final date set to be moved yet again as GAA reshuffle the calendar
Next Page