For 2020, the football League has added spice and some extra significance.

The tier two championship is in for this summer but its participating teams haven't yet been decided. That final call rests with the upcoming Allianz League competition, where every county in Division 2 and Division 3 can have a say on their summer's destiny, for better or for worse.

'It's just the League' is an obsolete catchphrase from now on.

The League is for real this time, because by the end of it, two of the top teams from Division 3 will be guaranteed to play in the 2020 Tier One Championship, and two teams at the bottom of Division Two will be on the verge of slipping into the Tier two - whether that's a good thing or a bad thing for them - is up for debate.

But an experiment, a pipe-opener no longer. Teams need to hit the ground running, in particular the group in Division 2 and 3, and they need to keep their foot on the gas. It will be a long and hard season for them. 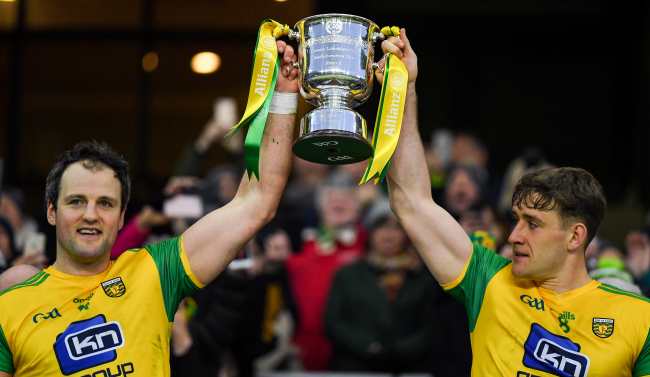 Let's take Cork for example. They will need to finish in the top two of the Division 3 table to be in the race for Sam Maguire. Roscommon on the other hand, just say they finished in the bottom two in Division two, their only saving grace from dropping down to the Tier two championship would be if they beat either London in the Connacht quarter and then the winners of Mayo/Leitrim in the semi to make the Connacht final. Making a provincial final is the only way of staying up for those relegated Division Two teams.

This, could be a difficult task for some counties, and having looked at the draws for the various provincial championships, we take a look at the counties who have a particular need to be at championship pace, in the league.

Should Laois make it to a Leinster semi-final, their opponents will be most likely be Dublin, who are drawn to play Westmeath in the Leinster quarter final. To put it lightly, banking on a win there would be for either of those sides, unrealistic.

There will be no soft touches in Division Two this year, when you look at the below table, so Laois will need to be in flying form to get top six and to avoid dropping down to Tier two.

Should Armagh beat Derry in an Ulster quarter final, they will be playing the winners of Donegal/Tyrone in the semi-final. That's a difficult draw for McGeeney's men. A good League campaign is crucial.

A decimated Cavan team face Monaghan in the Ulster preliminary round. That's a deep-end start in any language.

Elsewhere, while the other counties barring Roscommon are on the favourable side of their respective provincial draws, all of them would like to have their championship fate wrapped up by the end of the League.

Meanwhile, in Division 3, the likes of Cork, Derry, Down and Tipp will all have ambitions of making it into the top tier for the summer, but the only way they can do that is by targeting the League and finishing in the top two in the below table.

END_OF_DOCUMENT_TOKEN_TO_BE_REPLACED

This business of targeting the League does come with a caveat though. As Conor Heneghan noted on Thursday's GAA Hour podcast, Roscommon did exactly that in Kevin McStay's first year as joint manager in 2016, when copper-fastening their place in Division One, only for their form to stagnate come the summer.

"The ironic thing about that is that a lot of teams who are in that predicament are probably going to bust their balls because they don't want to be in the tier two, but how long are they going to be able to stay at that level? They could be completely flat by championship," said Heneghan.

Colm Parkinson feels it will lend to a more competitive league.

From a player's perspective, Mark Collins of Cork nods that there's an added significance to the League this yar.

"There's probably an added significance with the top two promoted getting into Sam Maguire. There's only one way we can fix that and that's to go back up, but we have to start well.

"We probably haven't won our first game in the League in three or four years so the Offaly game in two weeks' time is probably a good place to start, so that's something to look forward to..."

You can listen to this discussion, and much more from the most recent GAA Hour Show.


popular
"Emotions will be charged" - Sean O'Brien backing Ireland for Triple Crown
Broadcasting Wilder Fury fight on social media could result in huge fine
Tyson Fury's official purse for Deontay Wilder fight revealed
QUIZ: How well can you remember this season's Premier League results so far?
O'Donnell sees red for standing his ground before O'Connor settles it
Tyson Fury reveals what happened when he sparred Anthony Joshua
“I hope I die every day” - Tyson Fury opens up about his depression and drug abuse
You may also like
2 weeks ago
Dream team and fact file of the final four in Fitzgibbon Cup
2 weeks ago
Mickey Harte and Tyrone revitalised as McShane stays put
2 weeks ago
The three Kildare men putting their county on hurling map on Fitzgibbon weekend
2 weeks ago
The GAA Hour | Football | Dublin's third gear, division two bloodbath & Andy Moran positivity
2 weeks ago
The GAA Hour | Hurling | Limerick dominate Galway, Clare reshuffle & the art of hooking
2 weeks ago
We're all missing the point on Colm O'Rourke's comments
Next Page