You think this is a quiet time of the year for inter-county managers. They've no training sessions, all they're doing is waiting for December for county training to get going again, right?

No chance. The county bosses the length and breadth of the country are popping up at club games at every opportunity they can. They're scouting, spotting talent for next year, trying to unearth that gem that has for some reason not made county yet.

And though it's their aim to see every player in the county, that's impossible. There are too many clubs, too many championships and too many games. Junior and intermediate clubs are forgotten about because there's a senior game at the same time and that's just the lie of the land.

And so these players just aren't heard tell of. They may be head and shoulders above their opponents and they may be county standard but they don't get their break because the right people weren't there watching them.

Take the case in Laois for example, which Colm Parkinson explained on Thursday's GAA Hour podcast.

"So there are only four teams left in the Laois championship, there are loads of teams that are already out so he can't really see them...and you can't be at every game in the county...So a manager is not going to see all the club games. 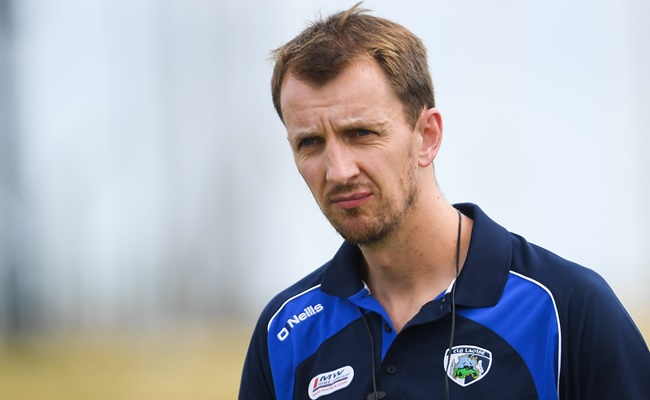 Well Laois manager John Sugrue has taken a stand. He's stood up for all of them and he's come up with a great idea to help himself find these players and for these players to show off their talents.

Instead of the mundane trials that generally involve the same group of players that were there last year, Sugrue has opened the trial system up.

"So John Sugrue has divided Laois into four regions (For a competition.) The competition will start the week after the county final with the county champions being excluded, which will be Portlaoise - and he'll know those players anyway."

Sugrue spoke about his plan in the programme of last weekend's quarter finals.

"Independent managers will be put in place for each team and will hopefully give the players a chance to play in a condensed talent type situation. We'll be narrowing down the panel of players from this, and from there, 2019 begins," he said.

"Every single county in Ireland will be watching this saying, 'we should be doing this,'" said Conan Doherty.

Leinster Express have done a great job of predicting the teams in Laois for this competition here.

You can listen to this chat and much more from Thursday's GAA Hour Show right here.


popular
Referee Mathieu Raynal puts Sexton in his place after TMO mess
Three Irish forwards stand tall in player ratings after Italy thrashing
Sexton compares "brilliant" Irish debutant Craig Casey to Jonny Wilkinson
QUIZ: How well do you know Manchester United players of the 2010s?
Owen Farrell rages at referee Pascal Gauzere as Wales catch England sleeping
"I was like, ‘My ear is hanging off my head. Can you not see that?!'"
The SportsJOE 12 o'clock quiz | Day 308
You may also like
1 week ago
"If we moved we were dropped" - Good memories come flooding back for Ryan
2 weeks ago
"The more you win, the more motivated you become"
2 weeks ago
"Angry" Sligo manager McEntee calls on GAA to stand up to government and get some clarity for its members
3 weeks ago
"My thing was just to play the game, have the craic and enjoy it afterwards"
1 month ago
"There were some tough battles but I was happy to test myself against the best"
1 month ago
"The divil you know is better than the divil you don't" - Larkin stands by Cody
Next Page