It is hard to believe it now, given her enduring brilliance and renowned seriousness for preparation and playing, but Anne Dalton actually turned down two invitations to step up to the Kilkenny Senior panel. The time wasn’t right.

First time around, she was 16, immersed in St Lachtains’ remarkable All-Ireland three-in-a-row and stressed enough trying to get time off from her summer job for the club without adding to it.

Two years later, there was the Kilkenny’s All-Ireland Minor-winning crusade to be getting on with, and having completed her Leaving Cert, having the craic. Her face breaks into an engaging beaming smile as she thinks back on that time.

“I was focused on having a good summer and it was the best decision I ever made” she reflects, laughing.

“Camogie is Camogie and I love it but that was my last summer before I went into it properly. It was the best summer of my life!

“I’m a twin and my sister would have been going out every Thursday and Saturday night that whole summer and I wouldn’t have been able to. I’m not a big drinker now but I would have enjoyed the social life then and that would have made me hate Camogie missing out on that.” 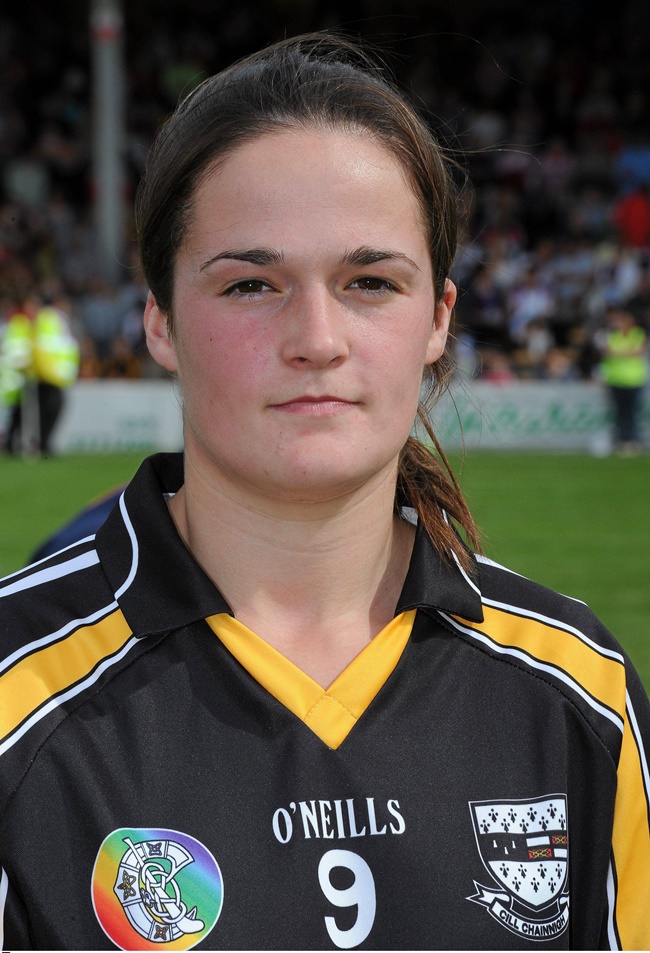 Some might have considered her flighty as a result. Unreliable. Hindsight informs us that it was a very mature call, the scratching of an itch that proved the foundation for a career that has yielded five All-Stars and a coveted Senior All-Ireland.

END_OF_DOCUMENT_TOKEN_TO_BE_REPLACED

For most of her 11 years, she has been among Kilkenny’s very best. Indeed, she is acknowledged as one of the absolute stars of her generation. As reliable as you can get.

Her magnificence as sweeper was pivotal as Kilkenny ended a 22-year wait for All-Ireland glory. An attack-minded player by inclination, an exceptional high-scoring midfielder, it took a significant degree of acclimatisation but she grew to accept the new job and to turn a deaf ear to the more traditional observers that criticised her and the tactics.

A previous career in soccer with Evergreen provided her with the tools to master the position, even if it was subconscious at first.

“My first year, the year we won, I probably didn’t really have a notion what I was doing, was probably playing a lot with gut instinct.

“Last year, I did. I knew my role, I knew what I was meant to be doing, I knew where I was meant to be at any given time. If I saw the opposition hitting the ball a certain way, I knew I had to get over there. Looking at it, I was like ‘Jeez, this is just a soccer role.

"That is all this is.’ Maybe the years playing centre-half in soccer helped me and gave me a better understanding of it.”

END_OF_DOCUMENT_TOKEN_TO_BE_REPLACED

She is, in fact, supremely passionate about soccer. Man United and Barcelona are her teams and she will be heading to the El Clásico (the derby between Barca and Real Madrid) next month at Camp Nou, having previously experienced one of sport’s incredible occasions at the Bernabeau.

United became her team because of an older sister’s infatuation with Ryan Giggs. The number 11, worn by the Welsh winger, remains her favourite number. Meanwhile, it is the wizardry of Lionel Messi that turned her onto the pride of Catalonia.

“He is from another world. I just think you cannot teach what he has.

"No matter how much they train, you can’t teach the instinct he has. So watching him, Iniesta, Xavi; unbelievable soccer players.

“I do be jumping around the sitting room. I get in trouble for shouting at the telly. When they beat PSG 6-1, I don’t know how the guards weren’t called on me that night. I’d say the neighbours thought somebody was being murdered in the house I was jumping around so much.

“If you had that on a Camogie pitch, the vision he has, you’d be singing, wouldn’t you?”

Watching some of the deft flicks, no-look reverse passes, pinpoint deliveries to moving targets and deadly finishing by the likes of Dalton, Kate Kelly, Orla Cotter and Chloe Morey during the inaugural Liberty Insurance All-Stars game in Madrid last November, you would be aware that there is no shortage of creativity in Camogie.

The game has begun to evolve in recent years with more thought going into tactics. And there is much to be learned if you dive outside the box.

“I think you can take something from any sport and bring it into another sport. I think from soccer what you’d be taking is the movement. Let’s say (Luis) Suarez, who’s backing into the defender, has his hand on his chest. He knows where he’s going but the defender doesn’t know.

"He’s just going to give the defender a little nudge in the opposite direction he’s going – if a corner-forward does that, you’re giving yourself two yards. Soccer players do that the whole time, use the defender as a wall to push off." 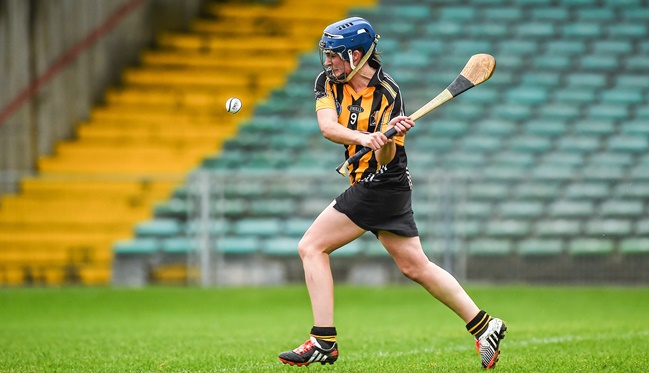 “The sweeper role that I’ve been slated for the last two years is essentially a soccer role, which is maybe why it comes more naturally to me than someone else. That’s what I’m doing, playing soccer on a hurling pitch.

“Maybe it’s a controversial question… to play hurling or Camogie, are they there to entertain or win?

"Am I going out for someone in the stand to say ‘That’s a savage game’ or to win? I understand it. I would feel the same way watching hurling at times, that it doesn’t look great, but I get why they’re doing it.”

Dalton will be 30 next month and while still operating at the peak of her powers, especially enjoying the return to midfield through the Littlewoods Camogie Leagues, she acknowledges that time is against her. That has sharpened her focus.

“I’d lie if I said I wasn’t thinking about the end. Don’t get me wrong, if my legs are still going in four or five years’ time, I will still go. But age kicks in and for me, because this is the way I am, if I am not competing on an individual level, I would not enjoy it. So my legs will decide when I finish up. That could be next year, that could be three years down the line.

“So I’m at the stage now where I’m looking at the League Final and I’m thinking it could be the last knockout game I’m playing and that could be the case for anyone. You could get an injury. But with age, there’s no chance to it. It’s time coming.

“Where it’s focusing me more is off the pitch. What you sacrifice. I use the word sacrifice loosely. I play Camogie, it’s a choice. No-one is forcing me to do it, I choose to do it, so I’m wary of the word ‘sacrifice’.

“But if I want to stay up and watch a film and I’ve a match two days later – as a 22-year-old, it wouldn’t have registered with me and I’d have watched the film. Now I’d be thinking ‘What are you doing? You’ve a match in two days. Go to bed.’

"That’s where it’s shifted. You’re getting yourself ready in a more professional manner because anything can happen.”

It can but that she will be a key figure in tomorrow’s televised Littlewoods Ireland Camogie League Division 1 Final against Cork at Nowlan Park (1.30pm), utilising her own magic wand of a hurley, is almost a given.