The All-Ireland champions rallied, but the league champions mercilessly cut off their supplies.

In the end, it was Shelly Farrell who climbed the Nowlan Park steps and hoisted aloft the league trophy that makes it three-in-a-row for Kilkenny but, more importantly, sends out a message that they're coming back and gunning to reclaim the All-Ireland.

In an absorbing camogie final, Cork mounted an audacious comeback from 10 points adrift and had the home side clinging on in the end but cling on the Cats did - all the way to the finish line. 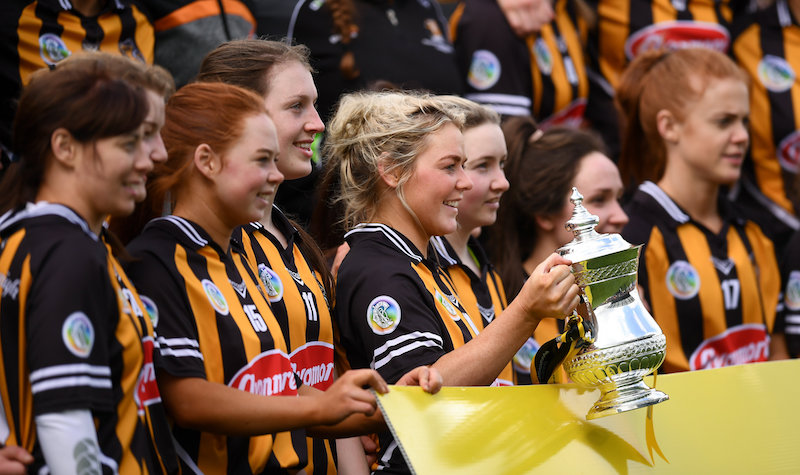 END_OF_DOCUMENT_TOKEN_TO_BE_REPLACED

Denise Gaule hit six of their scores in an eventual 0-15 to 1-11 win but the heat was turned up something serious by the Rebels in the second period as the hosts were limited to just three scores after the break, despite Cork operating with 14 players in the closing stages.

And it looked like the Munster outfit had found that special bit of inspiration from a special, special player when Orla Cronin worked pure magic to find the net for the first score of the second half.

The Cork centre forward collected a recycled pass at the edge of the D and, despite coming under intense scrutiny there from two Kilkenny backs, she took the thing the whole way with mouthwatering improvisation. 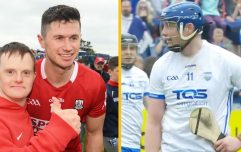 END_OF_DOCUMENT_TOKEN_TO_BE_REPLACED

Cronin drifted to the left and forward with the sliotar resting invitingly to her right, almost teasing the defenders to commit and she ended up dragging four Cats players to the endline, four cats chasing after a piece of string. There, she flicked the most deft of finishes gloriously over the 'keeper's head and into the back of the net and jogged away like it's nothing she doesn't do every night in training.

But, despite sparking a revival for the Leesiders, Kilkenny dug deeper at the well and came out with the goods. The trophy and a frightening statement to the rest of the country that they've gone absolutely nowhere. 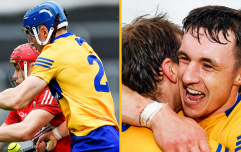 END_OF_DOCUMENT_TOKEN_TO_BE_REPLACED


popular
Noel Gallagher left 'covered in blood' after headbutt from Ruben Dias’ dad
Cutting through the contradictions from one of the worst television segments of the year
Aiden McGeady details the abuse he suffered after playing for Ireland instead of Scotland
BBC apologise after accidentally posting mocking Man United message live on TV
Roy Keane shows great comic timing after Jack Grealish party invite
The FootballJOE Pub Quiz: Week 38
France the sore losers as Ireland Men reach first ever Sevens World Series final
You may also like
1 month ago
"Give it a bash for a year" - Patrick Campbell on the Zoom call that changed his sporting life
1 month ago
"Yeah you've a system to play, but there are 1000 variables in a game of hurling."
1 month ago
"Are Cork wronging Coleman here?" - Donal Óg questions Cork's tactics against Limerick
1 month ago
Shane Meehan shows his class with breath-taker of a goal against Cork under-20s
1 month ago
Job done, onto the next one for Waterford as Prunty and Bennett steer the ship
1 month ago
Allianz League final media event cancelled because of GPA protest
Next Page