Kilkenny ended up as comfortable, four-point victors over Galway to end the reign of the 2021 champions and tee up a final tilt against Cork.

Michelle Teehan was named play of the match, but she was fortunate that camogie's current rules deem just a yellow card for her deliberate foul on Siobhan McGrath.

END_OF_DOCUMENT_TOKEN_TO_BE_REPLACED

After 27 minutes of the semi-final, at Croke Park, McGrath was through on the Kilkenny goal when Teehan, after a couple of goes, dragged her to the ground to concede a penalty.

She was yellow-carded and Galway goalkeeper Sarah Healy headed up from her own goal to take the penalty. Had she scored, Galway would have led 1-7 to 0-6. However, the penalty was not struck firmly to a corner and Aoife Norris made a fine save.

However as McGrath (13) was going in for the rebound of the penalty she had won her side, Claire Phelan (6) struck her just under her arm, causing her to swing and miss. It was an obvious foul but referee Andy Larkin and his linesman, who both had clear lines of sight, said nothing. 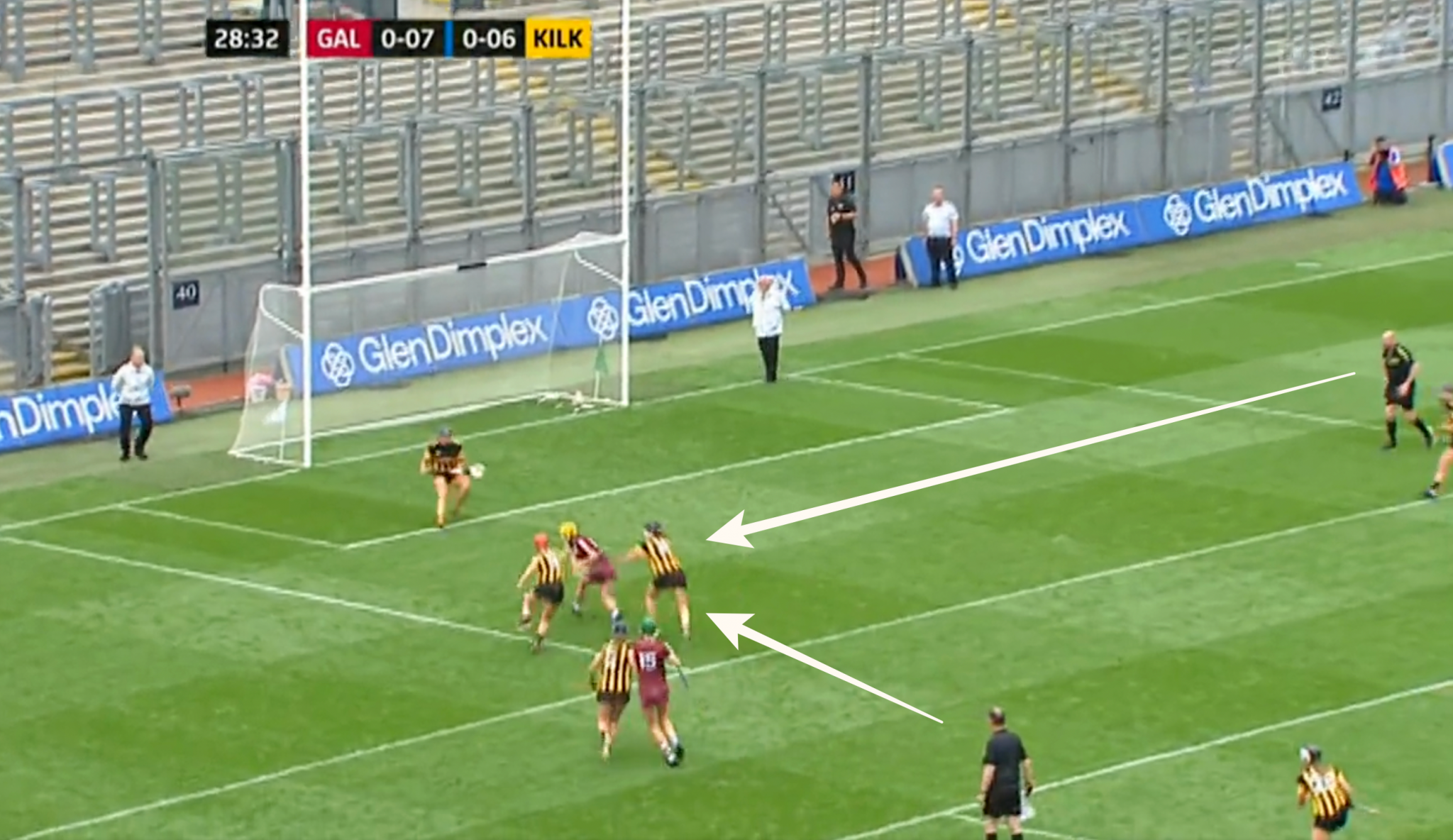 Play raged on and Kilkenny were eventually awarded a free out. Galway tagged on another point and led 0-8 to 0-6 at the break.

The penalty and rebound incident [at 1:25 in the clip below] can be seen here:

Aoife Norris comes to Kilkenny's rescue, saving a Galway penalty in what could be a crucial moment of the game. Watch live on RTÉ 2 and the RTÉ Player now. Live updates: https://t.co/egvXG7iBXn #RTEGAA pic.twitter.com/ed0KYycD9U

END_OF_DOCUMENT_TOKEN_TO_BE_REPLACED

Whatever grievances Galway may have felt at half-time, and no matter how well Aoife Norris performed in the Kilkenny goal, it was little excuse to register just four points in the second half.

With Cork's management and players watching on, in the stands, Kilkenny registered 1-7 in the second half, with Lauren Murphy's low struck goal a crucial moment in the tie:

That strike saw Kilkenny nose in front, and they did not look back. They will face Cork back at Croke Park, early next month, in what will be a hotly contested final.