"Kildare are going nowhere this year"

Two of Kildare's most dangerous forwards in the championship last year. Key players, prolific scorers as the county made it to the Super 8s. 2019 may be a different story though.

Having spent the winter in America, Flynn hasn't committed for the season while Cribbin barely featured for Cian O'Neill's side in the League and is seen as a doubt for the remainder of the Leinster championship.

Cribbin may yet return in time but with Niall Kelly also in bother, the doubts and worries are mounting for the Lilywhites at a less than ideal time. Speaking on Monday's GAA Hour podcast, both Colm Parkinson and Cian Ward couldn't help but fear for them this year.

"Kildare don't have the same menace about them at all," began Wooly. 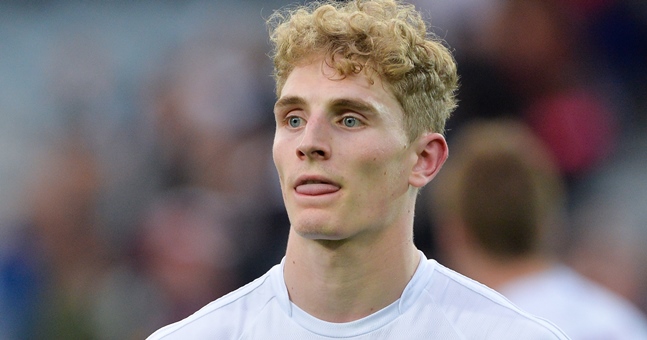 "You take Daniel Flynn and Paul Cribben - two All-star nominations last year - their number 11 and their number 14 - that's what everything goes through. Flynn is the one out showing and then they work off him. Cribbin scores from play, an outstanding player, they're both gone."

Kildare duly stuttered over Wicklow at the weekend with their inexperienced forward line struggling to fire. They had to do it, but moving Fergal Conway out to midfield certainly didn't help and Wooly doesn't see them going too far this year.

"Fergal Conway then was moved out of the forwards. He's their best working half forward and he's out to midfield. Niall Kelly wasn't there either. No county can do without players like those, it's a wish washy forward line when you look through it. It's not at the level of a forward line who's going to be there or thereabouts..."

Cian Ward sees plenty of promise in a lively Ben McCormack but still feels that the majority of these players are untested in the white heat of championship.

"It's very much unproven. They're down an awful lot of talent. Ben McCormack I think is an excellent forward but he's been in and out of the team with injuries and different things. He hasn't had a championship campaign, he's untested really in the heat of inter-county championship football," said the Meath man.

"Kildare are trying to rely on players with unproven calibre and they don't have the experienced players around them with injuries and different things. They've definitely been weakened but you would expect them to improve. Kelly will add something to it...Flynn and Cribbin are the players who will cause problems for the top teams defensively, Kildare are going nowhere this year.

"On the basis of current form, state of their squad, they're not going to make the Super 8 if they get anybody decent in the qualifiers because Dublin are going to beat them in Leinster..."

You can listen to the Kildare chat, and much more analysis and discussion from Monday's GAA Hour Show here.


popular
Ugo Monye's Lions XV features two Ireland players and Welsh captain
"It is very easy to put a nail in a fella’s coffin and kick a fella when he is down" - Ted Walsh
Ruby Walsh "angry and embarrassed" as Elliott apologises for "moment of madness"
"There would be a boot in the sink, a dish there, a toothbrush under the bed!"
The SportsJOE 12 o'clock quiz | Day 311
Brian O'Driscoll was treated a little differently to his Ireland teammates whenever they stayed at hotels
Strong Ireland team Andy Farrell should pick to turn over Scotland
You may also like
1 week ago
"If we moved we were dropped" - Good memories come flooding back for Ryan
2 weeks ago
"The more you win, the more motivated you become"
2 weeks ago
"Angry" Sligo manager McEntee calls on GAA to stand up to government and get some clarity for its members
3 weeks ago
"My thing was just to play the game, have the craic and enjoy it afterwards"
1 month ago
"There were some tough battles but I was happy to test myself against the best"
1 month ago
"The divil you know is better than the divil you don't" - Larkin stands by Cody
Next Page