There's no stopping this man.

This weekend Austin Stacks will take on East Kerry in the County Club Championship, but for one player, it will have extra significance.

Win or lose on Saturday it will be an historic evening under lights in Austin Stack Park as one of the greatest footballers of Club and County will be making a Club County Championship record that has stood for almost 30 years.

END_OF_DOCUMENT_TOKEN_TO_BE_REPLACED

Kieran Donaghy will be making his 60th SF Co. Championship appearance, taking over from the great Ger O’Keeffe whose record of 59 appearances has lasted since the 5th July 1992.

Star first lined out with the Club in Senior Co. Championship football in that famous (some might say – infamous) game in Gallarus on that Sunday evening – the 11th August 2002. 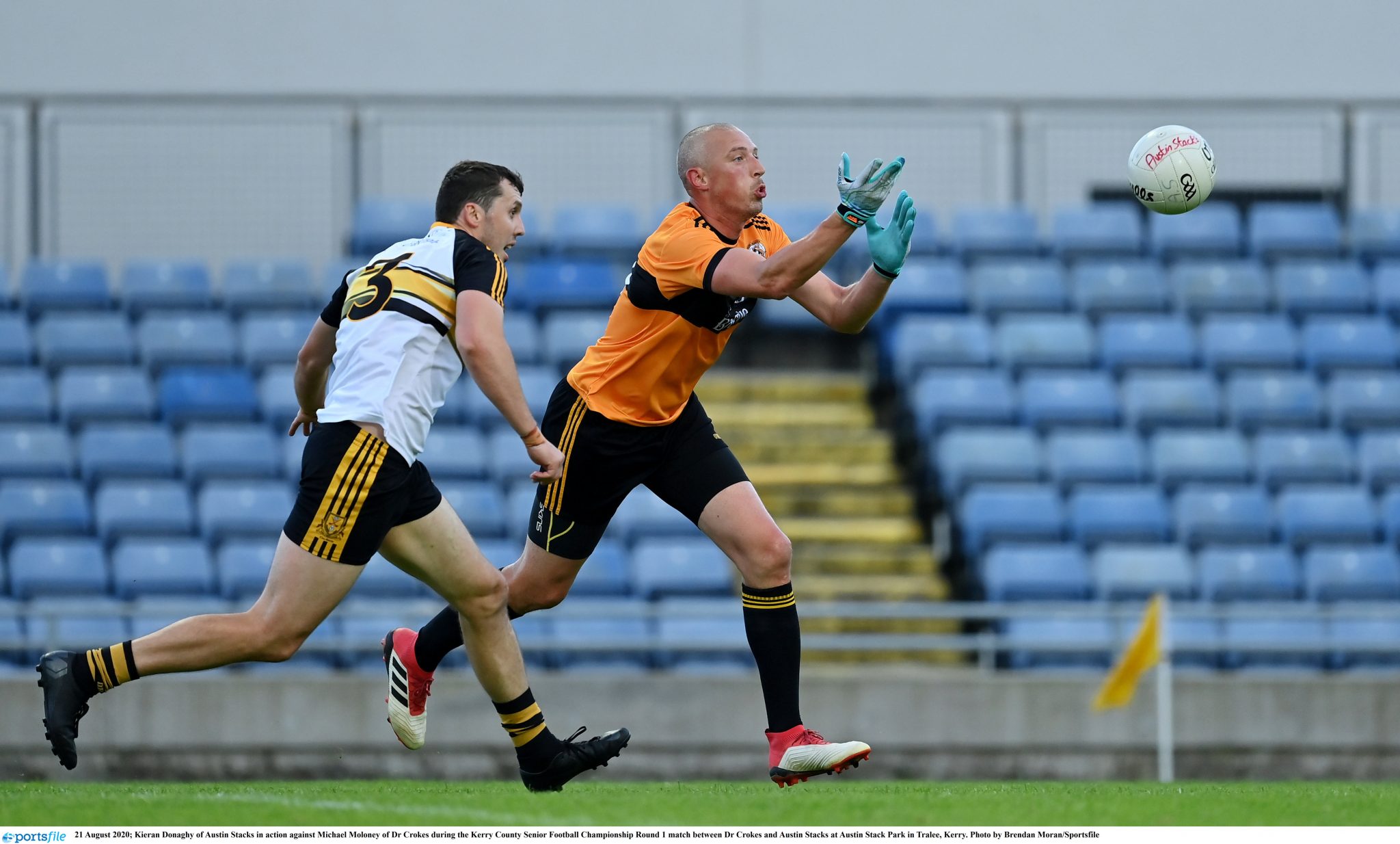 He now becomes the first player in the 104 year history of the Club to reach the 60 mark. As well as Ger O’Keeffe there are only three other players, so-far, who have made fifty or more appearances – Mikey Collins with 53, Ger Power with 52 and William Kirby on 50.

END_OF_DOCUMENT_TOKEN_TO_BE_REPLACED

They don't call him star for nothing, and although he is currently working as part of the Armagh coaching team, under his former rival, Kieran McGeeney, the full forward has still managed to commit his time playing for his club.

At 38-years-old, we shouldn't be surprised if we see the four time All-Ireland winner play on for another couple of years yet.


popular
"I think there are only five Kilkenny players who are guaranteed to start on any given day" - Cody's motivational methods
Gary Neville reveals Man United ignored advice to sign Joao Cancelo
Sean O'Brien could get to play England, at Twickenham, in his final game
Boris Johnson slams Jurgen Klopp for defending Liverpool fans booing national anthem
QUIZ: You have 60 seconds to answer one Premier League goalkeeper question
Gearoid Hegarty's harsh red card leads to a heated debate in The Sunday Game studio
Jamie Vardy says 'Wayne Rooney is talking nonsense' about telling his wife to 'calm down'
You may also like
1 month ago
"If you were getting too tight, you'd get a box into the chest" - How the best forwards shut the trash talkers up
1 month ago
"The Aussies were brutal, they'd call you all sorts of names" - Hanley on sledging in the GAA
1 month ago
After all the mouthing, O'Hora admits defeat and pays his respects to outrageous Clifford
1 month ago
Allianz League final media event cancelled because of GPA protest
1 month ago
The natural exuberance of schools footballers puts inter-county in the shade
1 month ago
"There's four of them looking at it" - Pat Spillane calls a spade a spade about Fermanagh's awful injustice
Next Page