If only something like this existed for long-serving GAA players.

If you are still playing at the highest level of rugby and GAA past your 30s, you are either lucky, talented, damn determined or a combination of all three.

Both sports are increasingly dominated by young pups who can dedicate themselves to extra gym sessions and training, ride with the punches, recover quicker and who can run all day. To stay active, and relevant, in your 30s requires a lot going your way.

Kieran Donaghy and Billy Holland have both endured their fair share of ups, downs, injuries, doubts and comebacks. The pair - one Kerry, the other Cork - caught up down at Musgrave Park earlier this month and traded some sporting war stories.

Donaghy joined Colm Parkinson on The GAA Hour and while he fobbed off retirement talk [from 10:00 below] the Kingdom star did admit he wished established GAA players could get the security afforded to rugby veterans. 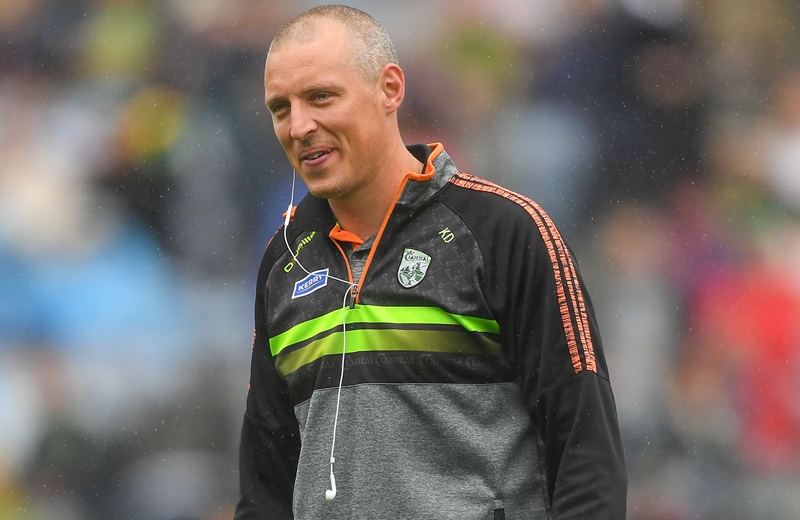 "I don't know what I'll do," Donaghy admitted about his GAA future. "I'll be playing basketball anyway. I'm getting down after training with Austin Stacks, when I can. They're starting pre-season now... I'll probably be making up my mind in the next few weeks."

Donaghy has been working with PST Sports (artificial grass pitch installers) for the past few years and has been experiencing a Groundhog Day conversation after each championship campaign. Three years ago, he started the job on the premise that he'd be hanging up the boots at the end of that year's quest for Sam Maguire.

Donaghy wishes that he could have a decision that Holland recently had at Munster.

"I was talking to Billy Holland, as we were doing the pitch for Munster down [at Musgrave Park]. I was talking him through what the pitch was going to be playing like against London Irish as it was just finished. I was telling him it'd be a bit soft.

"He was asking me if I'd be going back next year and I just said, 'Erra, we'll see'.

"I asked him, 'What age are you now Billy?' He said, 'I'm 33 and I've just signed a two-year extension with Munster'.

"I said, 'Well, I'm 35 now and if someone came up now and asked me to sign a two year extension with Kerry, and that was the only thing to worry about, I'd probably snap their hands off'.

"The buzz of being in there and of seeing the young talent coming through... you're trying to help them and trying to learn something off them too. You're learning new techniques off them too - foam rolling and back stretching - it's very exciting and they are very positive too.

"If it was a straight-up football decision, and you had no work or family commitments, it'd be an easy enough decision."

In GAA, players rarely get that long goodbye. Rugby players often have careers unceremoniously ended by injuries but so many of them get that final contract due to their experience, nous and as a reward for the hard work they have put in over the years. 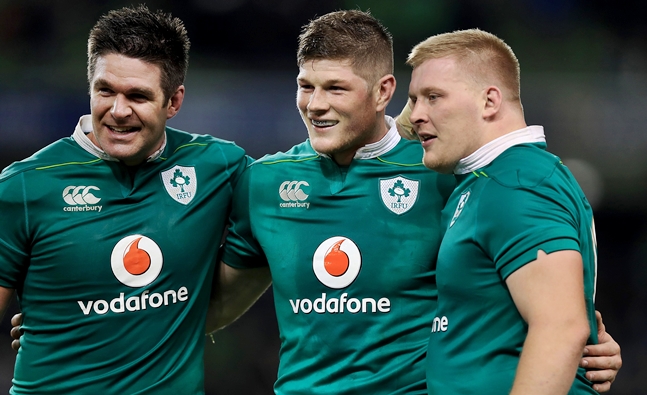 Not enamoured with GAA's black card punishment for cynical play, Donaghy much prefers something used in Aussie Rules. He says:

"They have the 50-metre rule. We saw bear hugs in some games [recently] and fellas were pulled down to the ground on the 45. If that was brought up 50 metres a player can just pop the ball over the bar [from straight in front].

"If you win a free, Wooly, and it is late in the game and you are trying to counter-attack with me in the way. If I knock the ball out of your hand and toe it away across the pitch... bringing the free up 10 or 15 yards does nothing for you as they have everybody back.

"Penalise it with a score. And if it's close in and you win the ball and you try drive in along the end-line - you're down two points and trying to win by getting a goal - you'd be pulled down now and it'd be a free. You'd take your point but there's two or three minutes gone. If you are brought down there [near to go] it should be an automatic penalty.

"That would just take away any of that cynical rubbish."

It is definitely worth considering from a player that has been at the top of the game for 14 years now.


popular
QUIZ: How many of the 10 most successful football counties can you name without making a mistake?
Conor McGregor and Floyd Mayweather 'in talks' about a rematch
Éamonn Fitzmaurice explains Aidan O'Shea's best position and how it can be used against Kerry
Matt Le Tissier says he asked Sky Sports why they never sacked Jamie Carragher
Patrick Vieira claims he was 'much better' than Roy Keane in new interview
Steve McClaren issues warning to Man United players
You'll have to be red-hot to get 20/20 in this 2010s footballers quiz
You may also like
1 week ago
"An unbelievably special place" - Former England star Charlie Hodgson on Thomond Park experience
1 month ago
"I don't want to stick the knife in" - Are Leinster in Munster's heads?
1 month ago
United Rugby Championship quarter finals confirmed as Leinster beat Munster
1 month ago
Alex Kendellen takes exception to Harry Byrne reaction to lusty tackle
1 month ago
Jack O'Donoghue and Alex Kendellen play themselves into Ireland's summer plans
1 month ago
Romain Ntamack apologised to Munster players after his premature shootout celebration
Next Page