They will have to do it all over again down in the Kingdom after today's Kerry county senior club final ended all square at 0-9 apiece.

The game was a thrilling affair in Fitzgerald Stadium as Kerry colleagues on both sides did their best to lift the Bishop Moynihan Cup.

James O'Donoghue and Jonathan Lyne were on the starting 15 for the Killarney side, while South Kerry included Bryan Sheehan and Killian Young as well as former Kerry star Declan O'Sullivan in their match-day squad. 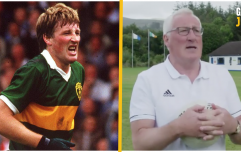 END_OF_DOCUMENT_TOKEN_TO_BE_REPLACED

The Killarney side led at the break by 0-7 to 0-4, with Brian Sheehan grabbing four points from the boot for the men from the Iveragh peninsula.

South Kerry began the second half by levelling up the scores at 0-7 each before manager John Sugrue was banished to the sideline.

Banished to the side line pic.twitter.com/Poszuldgjw

The sides traded scores until two minutes of additional time flashed up on the sideline.

However, South Kerry looked to have won the game as time ran out when Greg Gibson scored a point to see his side lead 0-9 to 0-8.

But referee Seamus Mulvihill played on and Legion scored an equalising point after 63:53 through Jamie O'Sullivan.

END_OF_DOCUMENT_TOKEN_TO_BE_REPLACED

As soon as his score went over there was ugly scenes however as players and mentors from both sides got involved in what was described by Radio Kerry's commentary as a 'punch-up' while co-commentator Weeshie Fogarty said that it was a scene of 'all hell breaking loose'. 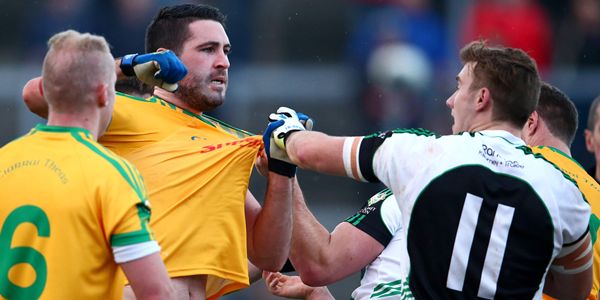 Eventually, referee Mulvihill was given a Garda escort to leave the field with the replay fixed for either the 21 or 22 November.

#GAA #KERRY The GAA will have to introduce the hooter. Ugly end to @KillarneyLegion v @SouthKerryBoard pity.

Wonderful listening on Radio Kerry, it must be said. Not every day you hear a post-match brawl being described live. #KerryGAA #KerrySFC 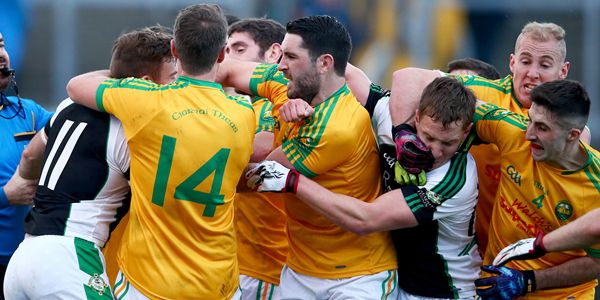 The Kerry county board initially confimred that the replay would be next Saturday which would have affected five players on the South Kerry side who were due to line out for St Mary's in a Munster club intermediate clash.

It would have also meant that Legion or Dingle would have had less than 24 hours to prepare to face Nemo Rangers in a Munster senior club encounter.

However the county board confirmed on their website that the fixture headache appears to have been temporarily solved for next weekend at least.

You may also like
1 month ago
'From a Tyrone perspective, I was glad to see Tommy Walsh take that shot'
1 month ago
It didn't even result in a point, but Conor McKenna's bold decision clinched Tyrone win
1 month ago
Pat Spillane curses moment of 'rank stupidity' as Tyrone stun Kerry
1 month ago
Pat Spillane and Sean Cavanagh tear into each other about "cute hoors" Tyrone
1 month ago
Throwback to Hogan Cup final day 2016, when David Clifford scored 2-5 and got jocked on live tv
1 month ago
Kerry footballer plays keepie uppies with Brazil legend Ronaldinho
Next Page