If you wanted someone to eloquently sum up what Sunday's win over Dublin meant to county Laois, then Cheddar Plunkett was always going to be your man.

The Laois senior hurling manager between 2012 and 2016, Cheddar's investment in, care for and knowledge of his native county quite clearly all run very deep.

And so after one of the team's sweetest ever wins, the Portlaoise man typically took it all into account and gave meaning to it all for Laois people and for GAA Hour listeners.

"All of these pictures flash before your eyes just as these events occur," says Cheddar. "It's all very emotional."

His mind turned to 2014. The Leinster SHC quarter final and he was the Laois manager. The team put up a brave display in O'Moore Park and a lucky break would have seen them beat Galway. Instead, goalkeeper Eoin Reilly's free was saved and Galway survived. 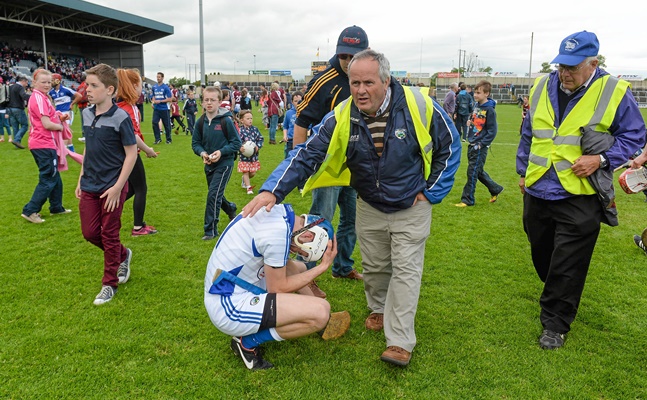 Perhaps there was a deal of Karma backing up the Laois bravery that kept Sean Moran's last-gasp shot out this time around.

Cheddar talked about Ryan Mullaney. The giant at number 6 who broke Conal Keaney's spirit on Sunday when he manned the middle of the Laois defence with such leadership, control and courage.

The Castletown club man had lost his sister-in-law Aoife Doocey in May, and while the win will in no way replace the vacancy left by her tragic passing, it will indeed give him and the family something to smile about again. 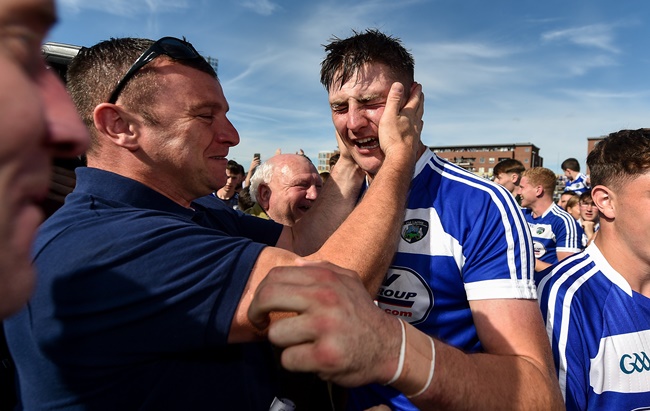 END_OF_DOCUMENT_TOKEN_TO_BE_REPLACED

"These are all neighbours and friends of all of us and when you get a win like that, it's some small reward for what they have given," says Plunkett.

"I think a lot of people in Laois knew what the players went through, and we're just so glad for the players."

And then his mind turned to Willie Dunphy. A key player all throughout Cheddar's tenure, Plunkett views the Clough/Ballacolla club man with the greatest respect.

"I just want to put in context what Willie Dunphy plays with," he began.

"I managed Willie Dunphy for a number of years and I was amazed to see him out in the middle of the field you know, tearing around and tearing into lads on Sunday."

Dunphy plays through knee problems that have retired many a player.

"I think Willie is probably playing with no ligaments in his knee at this stage, it's that serious, it's very serious and it's going to be very serious for him in a number of years' time...

"He buried everybody else as well. Himself and Cha were like wrecking balls going around the place and Dublin didn't have that stomach for the fight like that I thought," continued Plunkett.

With his four glorious points making all the difference in the end, Dunphy's toughness and bravery in dragging himself through the pain barrier was huge in one of Laois' greatest days.

"He will always have that injury and please God it won't hurt him for the rest of his life. He is one tough player. Collarbone broken, he probably would have played on Wooly, he probably wouldn't even have felt it.

"That separated Laois a little bit from Dublin yesterday."

They were never going to be stopped, were they?

You can listen to this chat, and much more from Monday's GAA Hour Hurling Show here.