"It’s just a terrible situation we’ve been put into two years in a row, the GAA is letting us down"

Liam Silke is not a happy camper.

For the second year in a row, he'll miss out on a crucial Electric Ireland Sigerson Cup game for UCD. All because of some irresponsible, short-sighted and frustrating GAA fixture-making.

Last year, he missed the final of this great competition. He picked up an injury in Corofin's All-Ireland club semi-final against Moorefield, which took place some sixty miles down the road on the same day as the Sigerson Cup decider - so that ruled him out of the Santry game while his partner in crime Kieran Molloy made it back for a role as a second half sub. 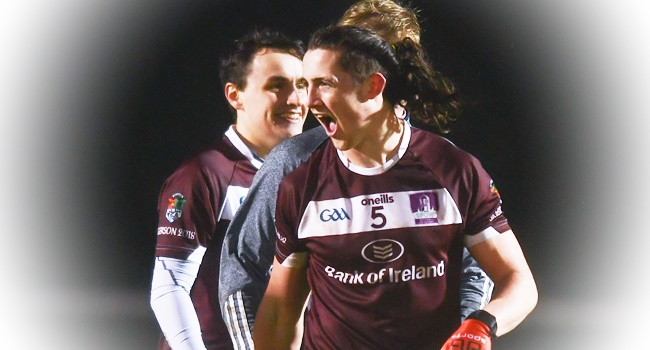 He shouldn't have to do this. But he's doing it anyway. Kieran Molloy played a key role in Corofi...

This year, in a case of only-in-the-GAA-deja-vu, he's set to miss the semi-final of the pinnacle of the college GAA calendar. That's because Corofin are fixed to play Gaoth Dobhair in Carrick-on-Shannon on the same day as UCD's clash with St Mary's.

“It’s not great to be missing out, just having them on the same weekend... it’s a bit of a disaster really. After last year, you’d think they would have learned their lesson but it’s the same racket again," he said to us today at the launch of Bodibro Sportswear at Future Proof Media.

Molloy, a glutton for punishment, will play in both games after his college NUI Galway requested to move their semi-final against UCC to Sunday, but UCD felt it wouldn't be fair on Silke to ask him to play both, so they decided against asking to change the fixture.

"I’ve been talking to the UCD management team and they’d flagged this potential fixture clash to the GAA back in November and there was nothing done about it then...They just felt that it wouldn’t have been fair on me to play two games in the one weekend and that’s why they didn’t put in a last minute request to have the game changed."

"My UCD teammates understand the situation I’m in and they understand that there’s not much I can do about it but there’s plenty of strength in depth in the UCD squad. There’s lads, sitting on the bench waiting for their chance and they’ll be plenty good when they get it."

UCD may well cope with Silke's absence, but that's not the point and Silke feels let down by the association.

It’s just a terrible situation we’ve been put into two years in a row. There’s not a whole lot we can do about it, we don’t make the fixtures. The GAA is letting us down by having this happening, it’s just the same mistakes again. It’s not fair on Kieran, having to play two games in one weekend but that’s just the situation he’s been put into. I’d love to be playing as well, but it’s not really possible, and not good enough really."

His focus is on the challenge Gaoth Dobhair will bring to Carrick-on-Shannon now.

"Yeah, we’ve been a while waiting for this game so we’re just mad to get going."

"It's going to be a 50/50 game. We know the quality that Gaoth Dobhair have, they've got great players all over the pitch. I don't think there is a favourite going into it - it's going to go right down to the wire."

"Like ourselves, they have a good mix of young players and experienced players. I'd say it will be a very exciting game to watch. We just hope that we'll both be able to perform to make it an exciting encounter."

And after that's over, he'll be straight onto the Electric Ireland live stream.

"Electric Ireland have been doing a good job broadcasting the games so hopefully I’ll be able to get it (The Sigerson semi) on the phone on the bus or something like that."

It's just not good enough. 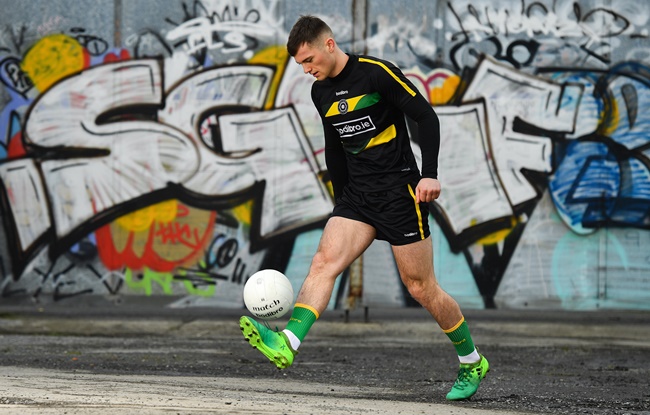 Galway and Corofin footballer Liam Silke was speaking at the launch of Bodibro, High Performance Sportswear, 2019 GAA range. Bodibro specialises in personalised orders of training and match day gear for clubs, teams and colleges across Ireland.


popular
Jose Mourinho is the picture of happiness and health after Spurs sacking
In 86 seconds, Patrick Bamford becomes English football's voice of reason
Springboks legend Tendai Mtawawira tells us what he really thinks of Ellis Genge
'Make him hurt, make him yours' - How the Springboks ruled the world
'Beast' Mtawawira is a big fan of Mike Ross' Lions front row
Jose Mourinho is about to step up and become the hero football needs
"We did find him hours later and we made up." - How Flynn and his best friend came to blows in Croke Park
You may also like
1 month ago
Gaule honoured as camogie player of the year for a second time
3 months ago
"I did for one second think of flinging the boot at him" - Maher's journey an inspirational thing
3 months ago
Limerick dominate All Star nominations with fair Hurler of the Year spread
3 months ago
"Outstanding refereeing" - courageous ref praised after under-20 final
4 months ago
Galway beat Dublin to win the U20 All-Ireland 315 days later
4 months ago
You may write the weekend off with no fewer than 11 GAA games LIVE on TV
Next Page