After beating Cork by 16 points, Limerick have become back-to-back All-Ireland hurling champions for the first time ever.

It was men against boys in Croke Park and, disappointing and depressing as it sounds, this All-Ireland final was over by the 25th minute when Cian Lynch scored the point that put his team nine points clear. From there, Cork huffed and puffed but there was no escaping the realisation that they were at nothing. Like lads flying kites in a thunderstorm. 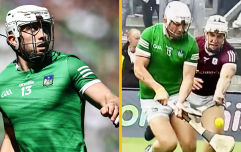 END_OF_DOCUMENT_TOKEN_TO_BE_REPLACED

Not that Limerick, who yet again turned in a near flawless display of hurling, will care as they head back to the south-west with Liam MacCarthy for the third time in four years. Cork can console themselves with the satisfaction of winning two All-Irelands in the last four days (minor and u20) but these are bleak times for every other hurling county in the land, asking themselves the question, how are we going to get a look in here?

They'll be a long time finding an answer to that one because these lads have the age-profile to get even better. Seamus Flanagan is just 24 years of age which makes him a year older than Kyle Hayes. Cian Lynch and Aaron Gillane are not yet 26 and as one of the team's elder statesmen, Gearoid Hegarty has only just turned 27. The only question you'd have is how they could possibly get better than they already are but as you watched Kinnerk lay into them at the second water-break - it was panic stations then as they only led by 16 points - and as you watched men like Pat Ryan and Colin Coughlan flourish as soon as they came on as subs - it's clear that both the appetite and the depth are there for further strides forward. 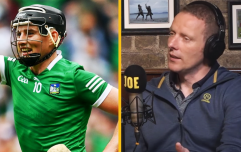 END_OF_DOCUMENT_TOKEN_TO_BE_REPLACED

For now though, they'll bask in the glory of the here and now and as he matched Christy Ring's and Dick Walsh's feat and became only the third man to lift Liam MacCarthy three times as captain, Declan Hannon had plenty to smile about. He wasn't smiling when Uachtarán an CLG Larry McCarthy introduced him as a Na Piarsaigh man but just as happened out on the pitch, the Limerick man snuffed out the danger when, as soon as he got his chance, he told the Cork-man what was what.

"Just to clarify, I'm from Adare anyway," began the history-maker.

He went onto thank the management, his teammates, the officials and his opponents but it was the final line and the way he delivered it that told you these boys want more.

"Keep smiling, keep enjoying it all," he said "we're loving these days."


popular
Inbetweeners star sends All-Ireland semi-final message to Derry cult hero
"Jesus they never shut up, do they?" - What it was like training under Rory Gallagher and Jim McGuinness
Erik ten Hag 'accepts' Man United's decision about Cristiano Ronaldo
Dublin edge Kerry in combined team as 'underdogs' get the nod on paper
Only die-hard rugby fans will get full marks in our Ireland vs. All Blacks quiz
Your guide to a massive weekend of sport and how to stream it all
"Sometimes a manager has to make those bold and tough calls." - Kerry's Paudie Clifford conundrum
You may also like
1 month ago
No angels on both teams but no babies either
1 month ago
'They were saying that the pick of Leinster wouldn't come close to the Limerick U20s' - Honan and Ryall's Leinster vs Munster debate
1 month ago
Darach Honan: I would say Limerick have gotten away with an awful lot more than they've been called on
1 month ago
"Like a gladiator going into the Colosseum, he wants a packed stadium" - Byrnes revelling in the white heat
1 month ago
Limerick manager showed some sportsmanship after phantom point in under-20 final
1 month ago
Kilkenny corner back does what every defender is supposed to do to win All-Ireland under-20
Next Page