The man, the myth, the legend.

Not satisfied with being a hero in Tipperary hurling, John McGrath has ensured legendary status with his club on the football pitch now as well.

Clonmel Commercials were on the brink of sealing their third Tipperary Senior Football title in a row when John McGrath produced a moment that would make any cynic believe in miracles.

Loughmore-Castleiney had not taken the lead once throughout the game until the dying seconds, when they were still two points down and the ball found its way to John McGrath. 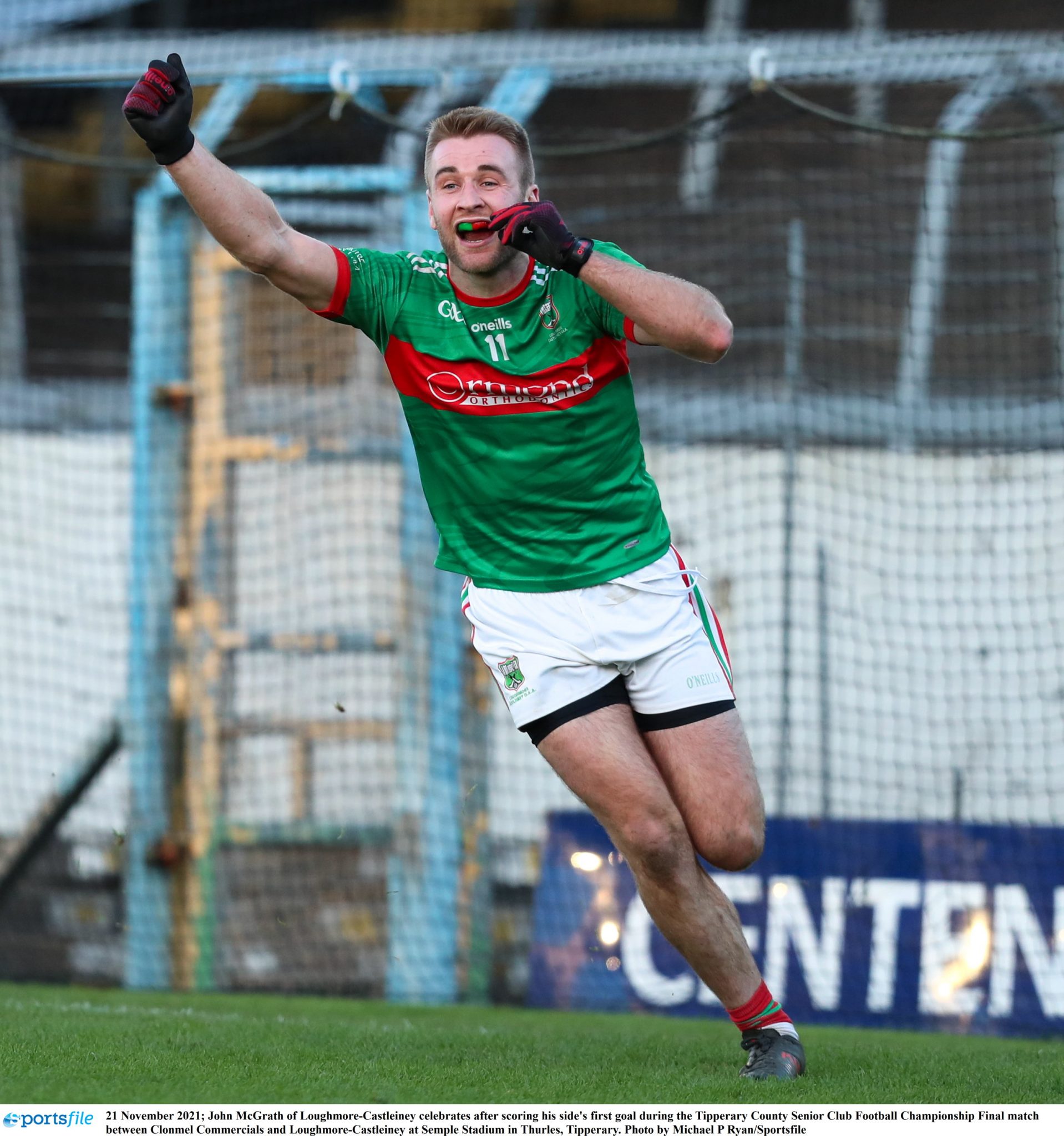 END_OF_DOCUMENT_TOKEN_TO_BE_REPLACED

The dual star didn't so much catch the ball that was passed to him, as much as he caressed it carefully, and fluidly guided it in a swinging motion to his foot, before striking it into the net.

The goal put Loughmore-Castleiney in the lead by a single point and secured their first title since 2016.

If you were left in any doubt about the sheer importance and ridiculous skill of this goal, then you only need to hear the commentator describe the events unfold.

What a goal. John McGrath barely even caught the ball before he dropped it onto his foot and sent it to the far corner 🔥pic.twitter.com/Am5mlA4VTy

His voices raises as he loses all composure, but beautifully and simply summarises the details of what just happened and what it means.

"A goal! A goal in the county final! A goal for John McGrath, a goal for Castleiney."

END_OF_DOCUMENT_TOKEN_TO_BE_REPLACED

Semple Stadium roared and the collective sounds of Castleiney cheers and Commercials' hearts breaking mixed together, to create a rapturous atmosphere.

McGrath's goal secured their victory and was actually a reverse of last year's final, when the Commercials won in a similarly dramatic fashion. 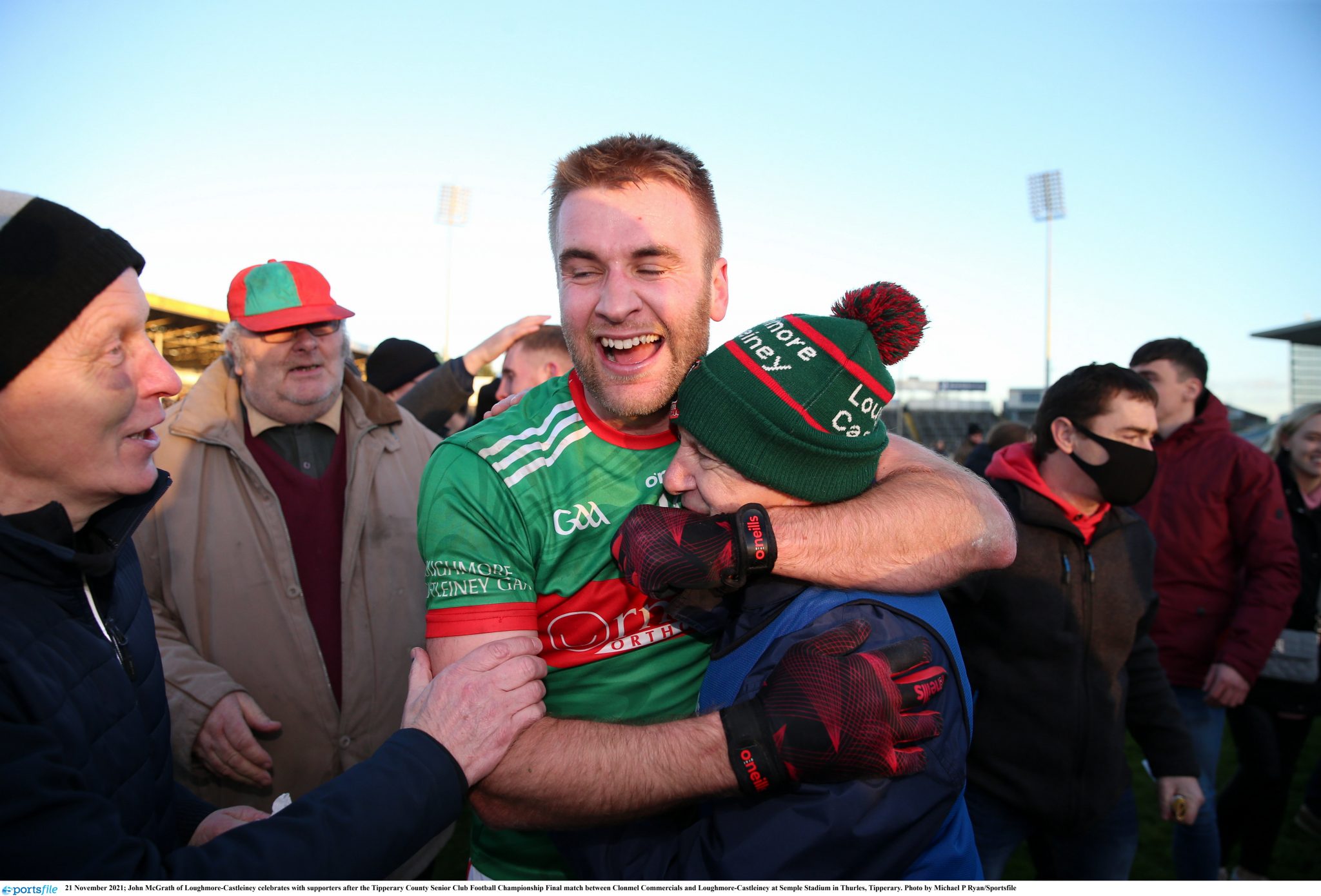 The trophy is certainly all about the team, but the individual accolades are piling up for the Tipp man as he continues an unbelievable roll of Man of the Match awards in succession.

This season,  MOTM trophies have been awarded to him in the county quarter-finals, semi-finals, and now finals for both football and hurling games.

It's John McGrath's world lads, and we're all just living in it.


popular
Talksport presenter puts Martin O'Neill to the pin of his collar over Declan Rice and Jack Grealish
World Cup Power Rankings: The top eight pundits of the tournament so far
Rory McIlroy explains 'falling out' with Shane Lowry that lasted a few years
World Cup Power Rankings: The top 10 players at the tournament ahead of the quarter-finals
Ariel Helwani shares Paddy Pimblett WhatsApp messages as spat becomes public
Ballyhale's Colin Fennelly felt Ballygunner's victory speech was disrespectful
Gary Neville sticks up for Ronaldo as contextless pictures and videos taken as gospel
You may also like
3 weeks ago
Former Errigal Ciaran manager reveals what a young Peter Harte was like
4 weeks ago
The ultimate Gaelic football quiz 2022
4 weeks ago
Munster, Connacht and Ulster GAA clashes stack your TV guide this weekend
1 month ago
Jamie Clarke takes sabbatical from soccer to commit to Crossmaglen
1 month ago
Paul Finlay reveals secret to high performance in your late 30s
1 month ago
The one moment that shows why David Clifford is the best player around
Next Page