“Without John Keenan’s refereeing, you wouldn’t have got the game we got."

In what came as no great surprise to GAA fans, Clare’s Peter Duggan and Rory Hayes and Galway forward Cianan Fahy have all been cleared to play in their All-Ireland SHC quarter-finals this weekend.

The appeals process has been under a lot of scrutiny in recent times, both in football and hurling, whether it's the Armagh vs Donegal debacle or now this.

Galway legend Joe Canning, was speaking as a Bord Gáis Energy Hurling to the Core ambassador at the launch of the County Pride T-shirts, and had his say on the current system. 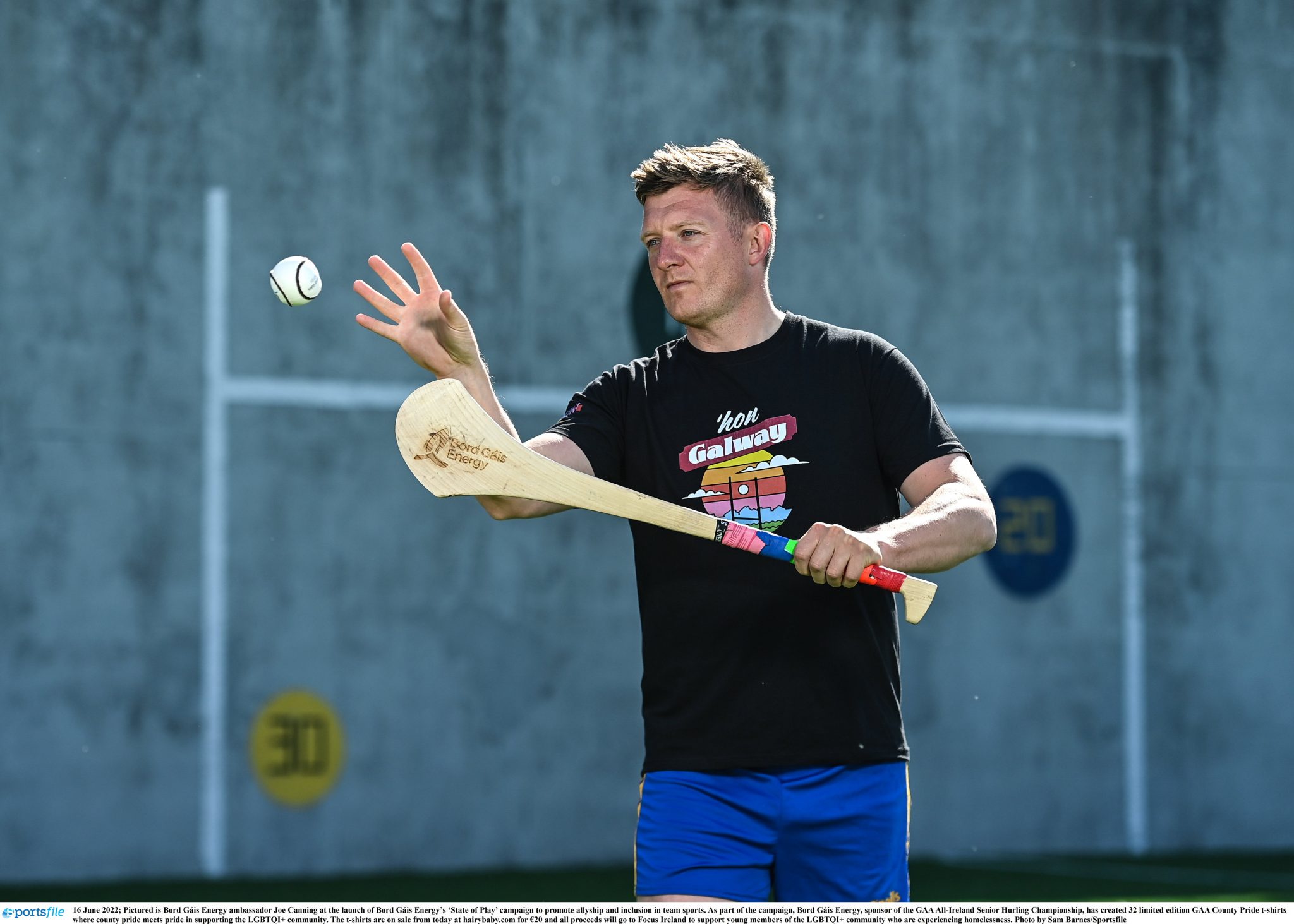 “I’m only just back in the country there this morning so I didn’t actually hear how they got off or what, but it is funny how a couple of days ago it was a match ban, two-match ban. All of a sudden they are free.

“Obviously, there is some kind of flaw in the system but if you go down that road of looking back at videos after matches, lads will be suspended left right and centre. 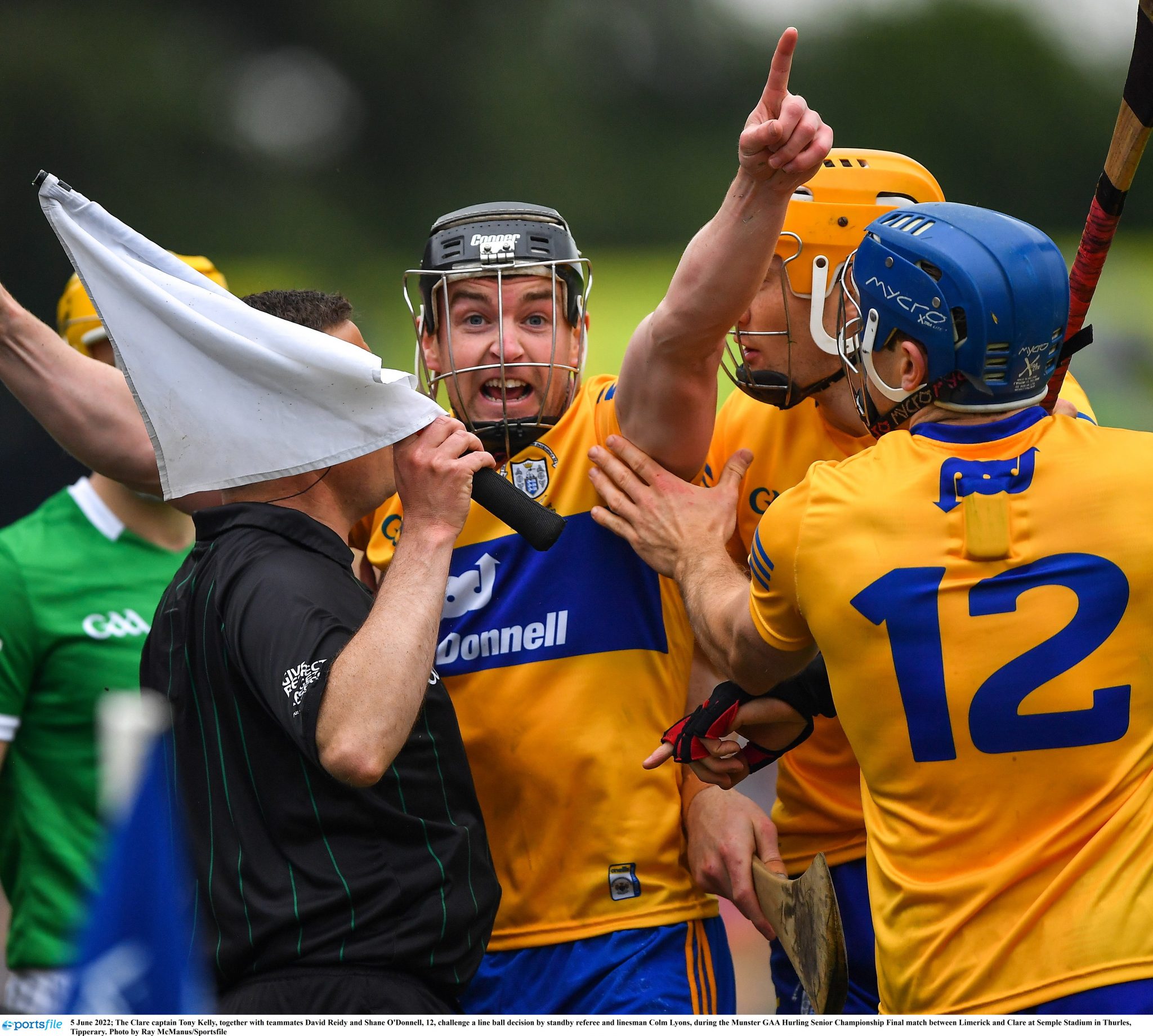 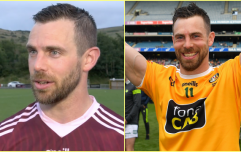 END_OF_DOCUMENT_TOKEN_TO_BE_REPLACED

“It is an injustice to John Keenan especially. He did a great job in the game.

“In all honesty, it was one of the best referee performances I’ve seen in a long, long time. He added to the whole match.

“Without John Keenan’s refereeing, you wouldn’t have got the game we got. He let the game flow. He pulled for frees when he had to. 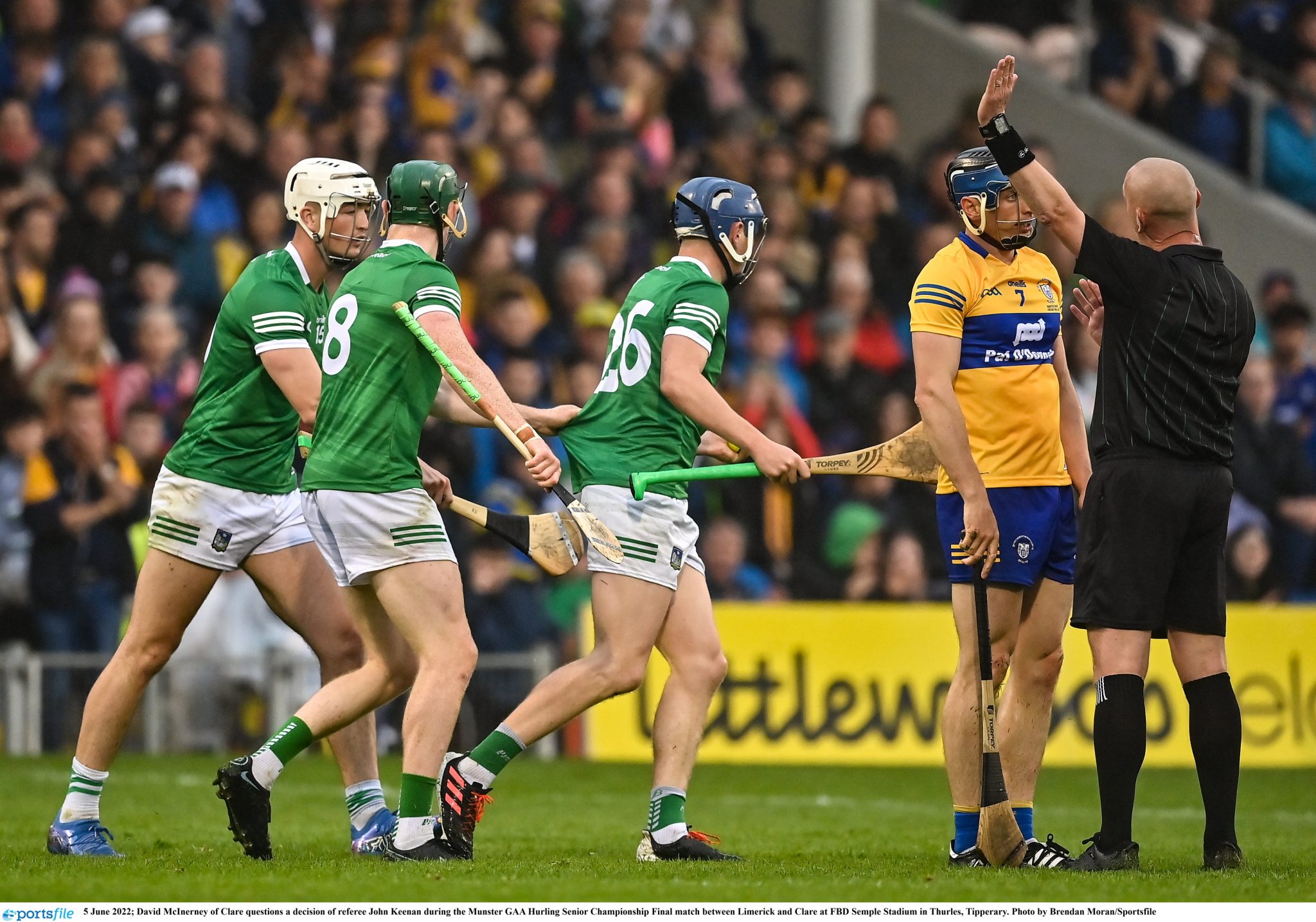 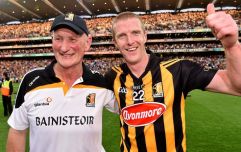 END_OF_DOCUMENT_TOKEN_TO_BE_REPLACED

“He tried to make it a proper game of hurling and you have to commend him on that. The suspensions are a bit harsh for his sake. He obviously didn’t see them on the day.”

Canning underlines the importance of having a referee who will allow the game to be a great game, such as the Limerick and care Munster final. 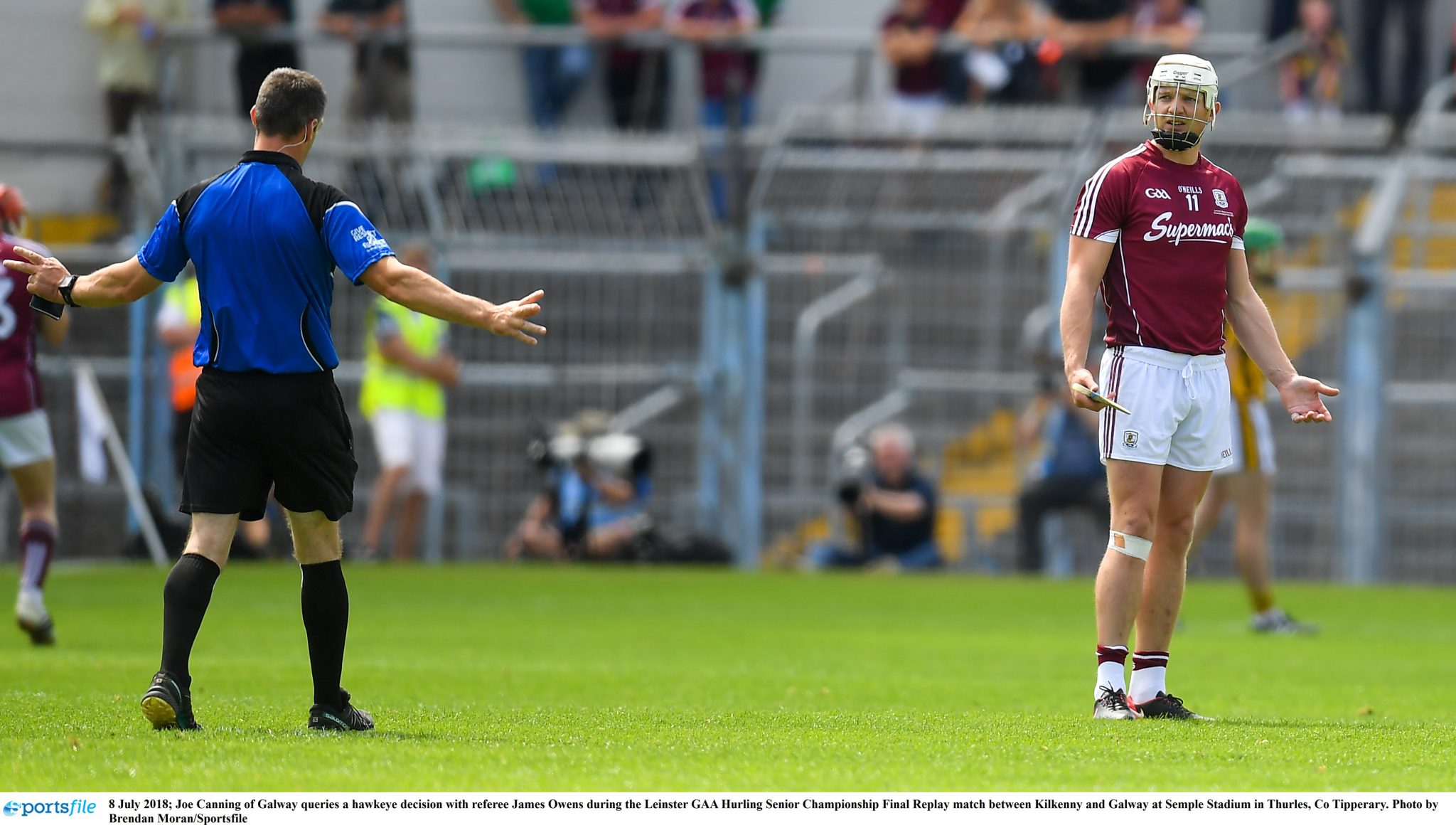 "Another referee refereeing that would not have got the Munster final. If you had a whistle-happy referee.

“I’m sure John Keenan went into Croke Park and his assessor docked him a load of marks, unfortunately, for things he didn’t pull for. That is the sad reality of it.

“Referees have a huge influence on the game. You saw it with John Keenan in the Munster final. He let the game flow. 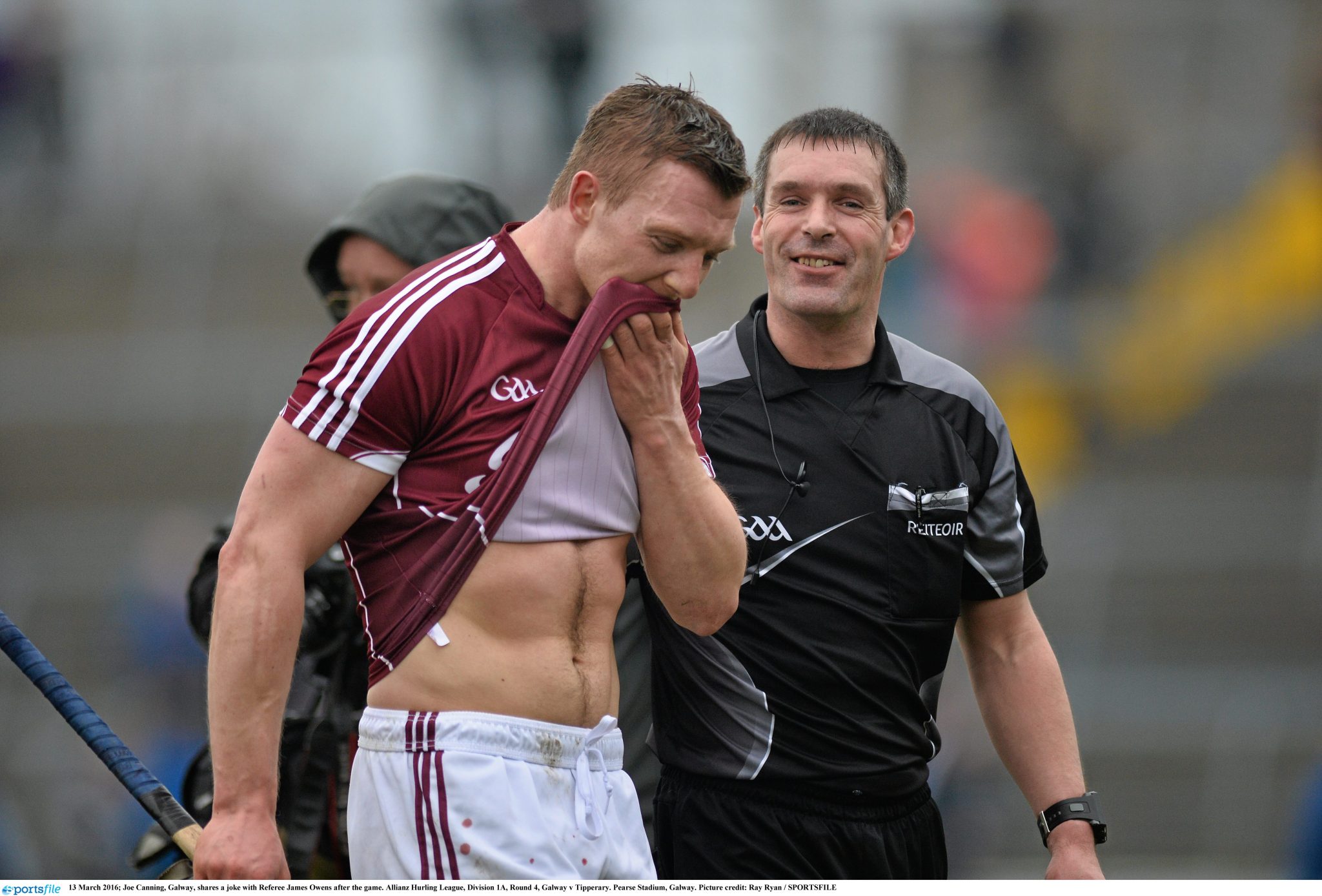 "You saw it in other games where the whistle was blown. I think it was the Galway Dublin game in Leinster, did anyone watch the first half?

The Galway man returns to the time they played Westmeath in a league match and he was being tracked by Aonghus Clarke. 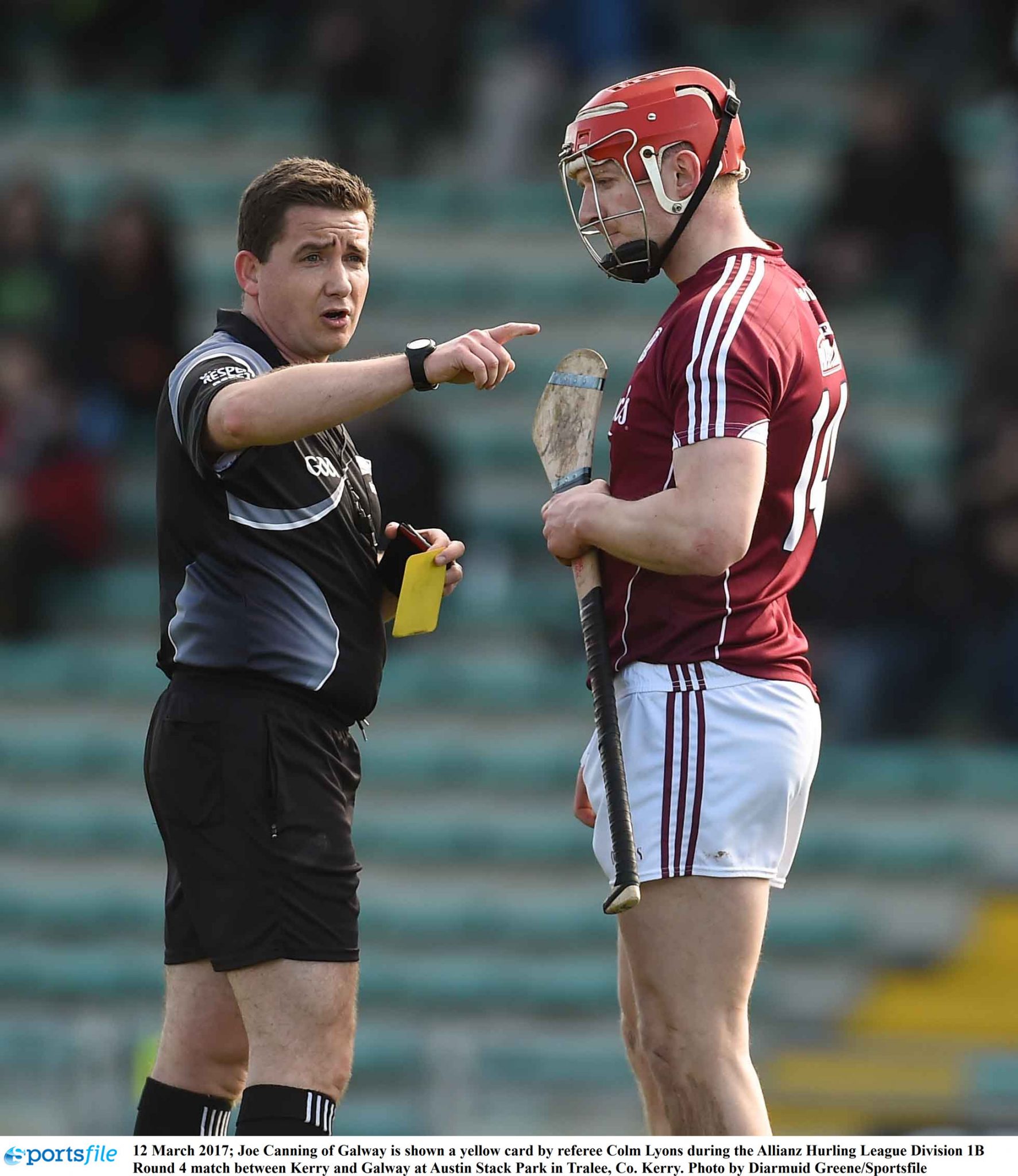 “Get rid of the assessor in the stand. I’ve said it before. I told the story about we played a league game and my marker got an early yellow card. Fifteen minutes later he tipped me down the back of the head. Just a tip.

“I said to the referee: ‘listen it is grand. I am fine. Don’t worry about it.’ He said no and brandished another yellow card, sent your man off after 25 minutes. I was like, What the f*ck? Why? 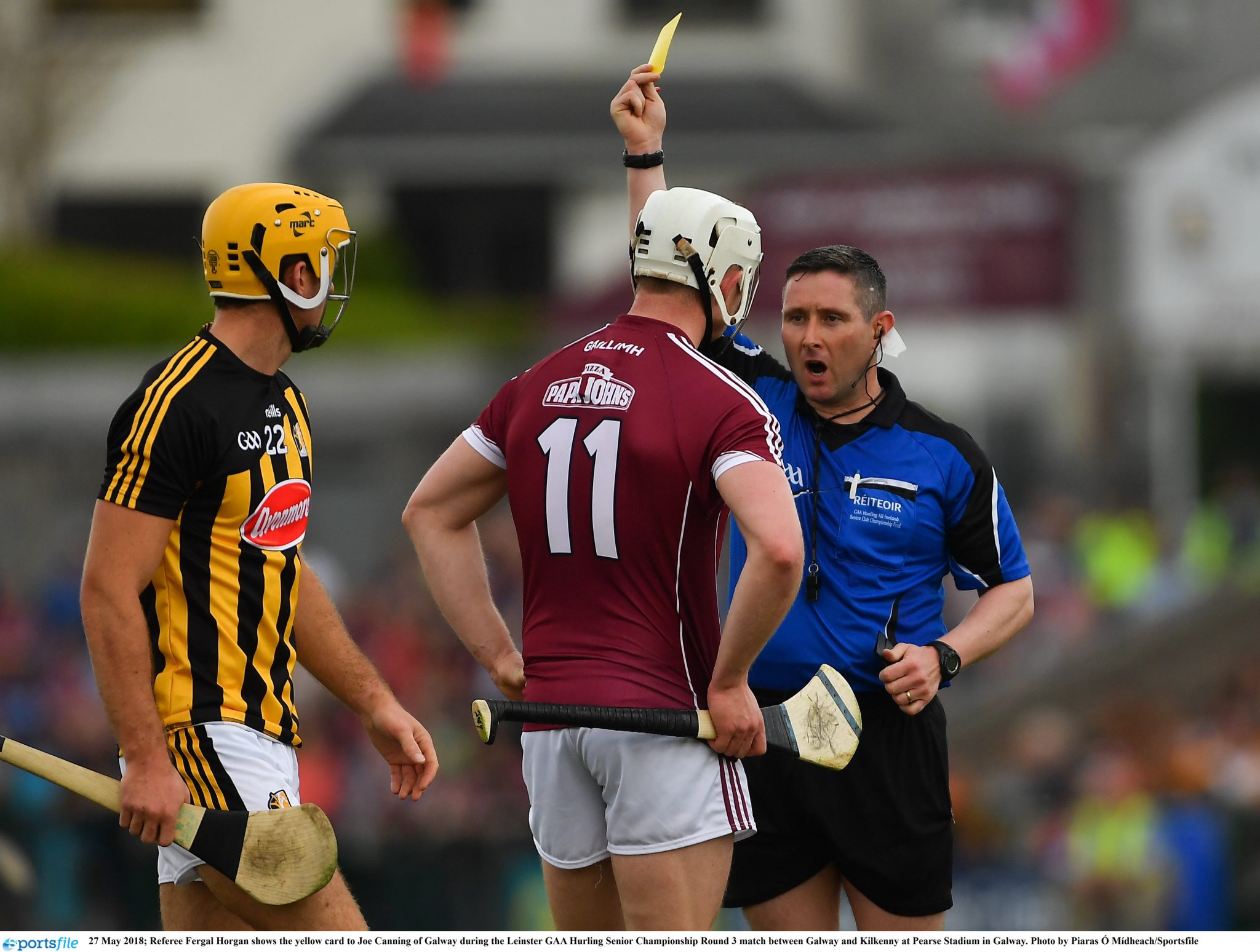 “He came up to me after and said, ‘Joe, I had to send him off. If I didn’t give him a yellow card for that foul hitting you in the helmet I might not be getting the next match.’ I told that story before.

“To me, that was ridiculous. No common sense whatsoever. I wasn’t hurt one bit. Pure accident. But yet, the referee was afraid he wouldn’t get the next match because his assessor would dock him marks.”


popular
Ranking the best county GAA songs of all-time (32-1)
"It was unfair on the Galway backs” - Tomás Ó Sé admits that Kerry benefitted from unfair rule
Adrien Rabiot's mother has put Man Utd move at risk of collapse
"I’ve never heard someone say something as stupid” - Katie Taylor blasts Jake Paul's rematch comments
"I don’t trust you" - Joey Barton delivers brutal dismissal of Irish defender
Antonio Conte 'banishes' four Tottenham players from first-team
"I remember just hugging this Irish guy" - How one Kiwi rugby star reacted to Ireland's historic series win
You may also like
2 weeks ago
JJ Delaney on how Brian Cody kept him grounded after Hurler of the Year honour
3 weeks ago
"I just love this place so much" - Gearoid Hegarty gives emotional interview after starring in All-Ireland final win
3 weeks ago
"Patience was urged for this rebuild" - Colm Bonnar hits back at Tipperary's managerial decision
4 weeks ago
If you're overseas and worried about missing the All-Ireland final, we got you covered
1 month ago
"I will not be seeking another term as senior hurling manager" - Mattie Kenny steps away from Dublin
1 month ago
Shane Lowry with sage words of advice for heartbroken Offaly Minors
Next Page