"I respond to every single one. I couldn’t not."

Michael Murphy has announced his retirement from the inter-county stage, and no one is really qualified to explain just how important this man has been to Donegal - however, this Jim McGuinness story is probably as close as we will get.

When you think of Murphy, aggressive words come to mind like explosive, fierce, relentless - all words that can be used to describe a gladiator entering the arena.

They are of course accurate, as the Donegal captain has put his body on the line every single time he pulled on that yellow and green jersey, and what he has done on the pitch will etch his name into Gaelic football folklore. 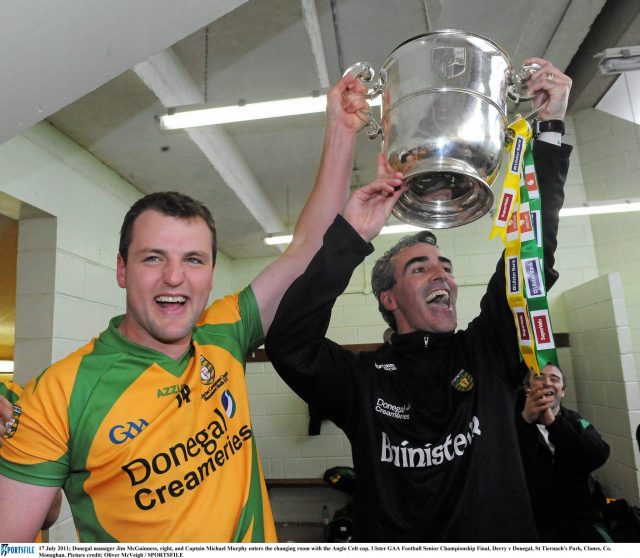 END_OF_DOCUMENT_TOKEN_TO_BE_REPLACED

However, what he was like off the pitch, the way he presented and conducted himself, explains why he is not just a footballing legend, but a GAA icon that everyone can take inspiration from.

In his book Victory Always, Murphy's former manager Jim McGuinness tells the story of young player who understood that his duties extended to actions away from the Gaelic field, as well as on it.

His intensity and commitment level at training was always on the limit. When Michael is on song he is very, very difficult to hold. 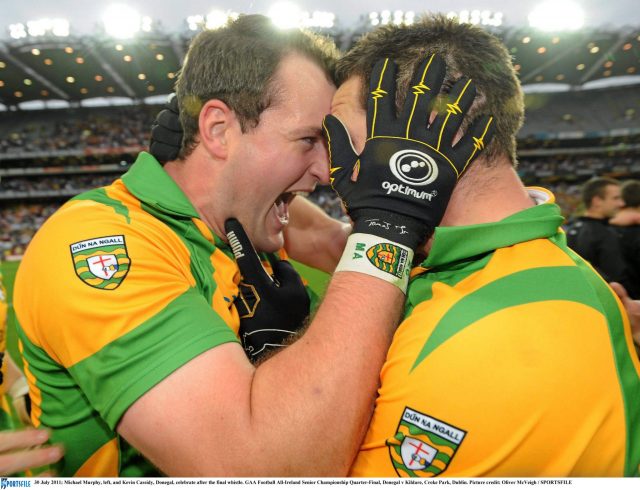 END_OF_DOCUMENT_TOKEN_TO_BE_REPLACED

The only time we fell out was over injuries; he tried to play through them and insisted that he was all right. It was almost as if he had this idea that as captain, he wasn’t allowed to be injured.

As a person, he is a very well-mannered young man. He has a lot of humility and a lot of grace. He is respectful and has great patience.

He wants a happy squad and he enjoys the fun in the group. One night during the early days of training, we were walking away from the pitch in DCU. 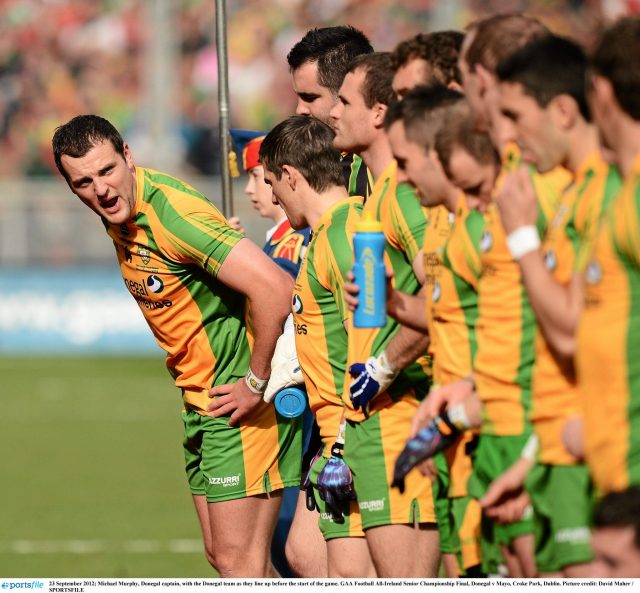 END_OF_DOCUMENT_TOKEN_TO_BE_REPLACED

We had had a really good session and we were walking up towards where the cars were parked. There was an old man standing there and he saw us and he just shouted out: ‘Michael Murphy! The Donegal man!’ There was real joy in his voice.

Michael nodded at him and we walked on to the cars, just chatting. And Michael stopped suddenly and said: ‘I’ll ring you later, Jim.’

He turned on his heels and headed back towards the pitch. And I knew he was going back to the old man because Michael knew that the man had wanted to speak with him. 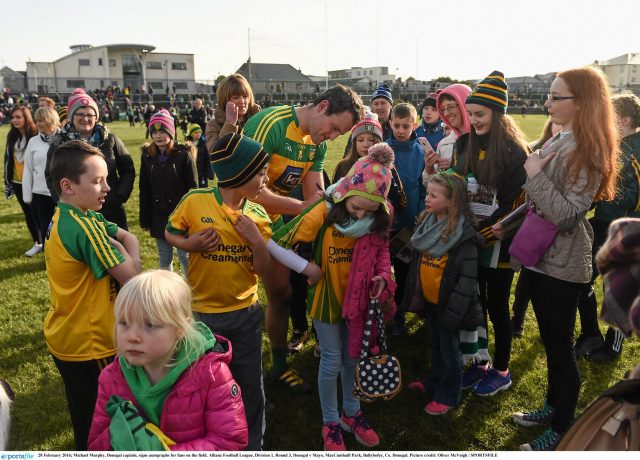 Another evening, after we had won a big championship match, I mentioned that I had a load of texts I needed to reply to. I asked him if he got many messages like that. He laughed and just said, ‘I do, aye.’

He had received over one hundred after that game alone. I asked him if he tried to get back to the people who sent them.

His face became serious and he said: ‘Aw, I respond to every single one. I couldn’t not.’

In a week where children everywhere are looking up to Cristiano Ronaldo, and seeing his petulant display of rebellion as behaviour to be emulated - they should look instead look to Michael Murphy, whose true professionalism and selflessness, are the real trademarks of a sporting legend.


popular
Ballyhale's Colin Fennelly felt Ballygunner's victory speech was disrespectful
Eniola Aluko responds to criticism after on-air mistake on ITV
Brazil star responds after Roy Keane slates dancing celebrations
Roy Keane reacts to Brazil's jubilant celebrations in first half demolition job
Rory McIlroy explains 'falling out' with Shane Lowry that lasted a few years
Samuel Eto'o involved in an ugly confrontation with fan outside World Cup match
World Cup 2022 Day 16: All the major action and talking points
You may also like
3 weeks ago
Munster, Connacht and Ulster GAA clashes stack your TV guide this weekend
1 month ago
Jamie Clarke takes sabbatical from soccer to commit to Crossmaglen
1 month ago
Paul Finlay reveals secret to high performance in your late 30s
1 month ago
The one moment that shows why David Clifford is the best player around
1 month ago
Quiz: Can you name these intercounty GAA teams from their nickname?
1 month ago
The five most unlucky players to miss out on an All-Star
Next Page