Jim Gavin's RTÉ boycott is petty but who really loses in a Jim Gavin boycott?

Dublin senior football manager Jim Gavin is once again locked in another stand-off with RTÉ.

After refusing to give the national broadcaster an interview following last year's 31-point win over Westmeath in the Leinster semi-final, Gavin seems to be back at it again with RTÉ, but this time it's not due to a perceived Sunday Game attack on Diarmuid Connolly's 'good name', but rather it's said to be about the broadcaster's refusal to give the Dublin team DVD footage of their league games.

Because, you know, Dublin have really been struggling over the last few years without RTÉ DVD footage.

RTÉ Sport confirmed to the Irish Times on Thursday that the Dublin football management wrote to the RTÉ Sport's library requesting TV footage of an opening league game for analysis purposes, only for them to be told that RTÉ didn’t have the capacity to do this, as they are not the primary rights holders and only hold the rights to broadcast league highlights.

RTÉ subsequently told the Dublin football management that they were unable to assist on this occasion, as is the case with all other counties.

As a result, Gavin has once again decided to boycott both RTÉ Sport and RTÉ Radio with his refusal to make himself available for RTÉ interviews over consecutive Allianz League weekends.

Both eir Sport and TG4 are currently the primary rights holders for the league, so if Gavin has an issue over the supply of footage, it should surely be with eir and TG4, and not RTÉ.

It begs the question - why?

Why drag the national broadcaster over the coals once again for not facilitating a request that they seemingly did not have the capacity to facilitate?

Why punish RTÉ again? Why make this an issue now, at the start of another season where your side are pushing for a fourth consecutive All-Ireland title and their fifth league title in the last six years? 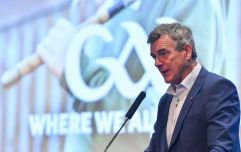 END_OF_DOCUMENT_TOKEN_TO_BE_REPLACED

Gavin has always been a militaristic figure for the Irish media. A manager with no real interest in speaking in anything other than cliches or praising the opposition.

He's a master in the art form of speaking words without ever really saying anything at all.

Even after last year's All-Ireland final win, Gavin and Dublin captain Stephen Cluxton were described as acting 'hostile' towards the gathered media, but the overwhelming response from the public was 'who cares?'

The public care little for how players and managers interact with the media, but on the contrary, the media, for the most part, care very little for what Gavin has to say when the interviews look and sound like this; riddled from start to finish with cliches like 'one game at a time' and 'not looking too far forward'.

If you can sell Jim Gavin interviews, you should be working on Wall Street, not Talbot Street, or wherever else Irish media outlets are based.

But the crux of the matter is Jim Gavin doesn't have to be lively or engaging, he seemingly doesn't even have to give interviews at all if he doesn't see fit. 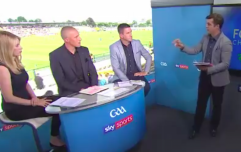 END_OF_DOCUMENT_TOKEN_TO_BE_REPLACED

He's in a rare position in the GAA where he holds all the cards against the national media, as unlike other counties around the country that are fighting tooth and nail for coverage, he's driving a Ferrari in a race mostly filled with Ford Fiestas.

The media will cover Dublin regardless of Gavin's actions, for as long as Dublin are winning league and All-Ireland titles, the coverage will follow.

Even if it comes to a stage where the GAA can stem the flow of the flood they helped create, Dublin still represent the capital and will always attract interest. They always have.

The whole essence of a professional sports team, and I do say professional with regards to Dublin, engaging with the media is to drive interest in said sport and ultimately sell tickets and television viewership for their games.

However, what's a more effective advertisement for Dublin; a Jim Gavin interview riddled with cliches or pictures like this? 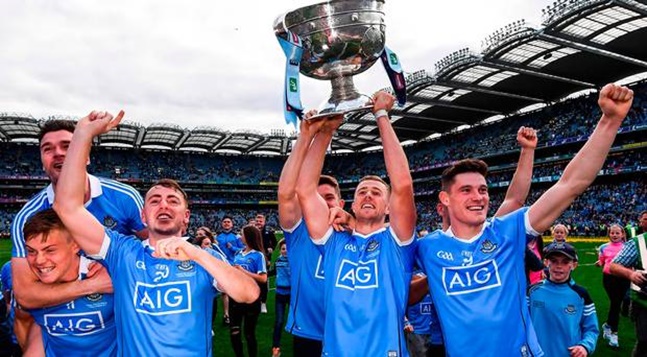 That's what Dublin are selling. Jim Gavin is selling dreams not quotes.

RTÉ don't benefit from Gavin and his Gavinisms, and Gavin certainly doesn't seem like he benefits from RTÉ, or at least when it comes to procuring DVD footage of his side's games.

If it's a boycott, it is the height of petulance but it serves to further underline the power imbalance within the GAA.

Mickey Harte has boycotted RTÉ since 2011 after an insensitive radio sketch about the death of his daughter Michaela.

Gavin is boycotting the broadcaster because he didn't like the way a television show covered one of his players' infractions, and because the television station that hosts that show didn't provide him with footage of their games, because they claimed that they weren't in a position to do so due to rights issues.

If you're Carlow manager Turlough O'Brien, you're asking for the broadcaster just to mention your team on a on League Sunday highlights show, maybe even talk about them for a minute.

If you're Dublin manager Jim Gavin, a coach who has spearheaded his side to five Division 1 titles in six seasons and three consecutive All-Ireland titles, you're telling the same broadcaster where they can stick it..... over DVD's?

Someone please press rewind, or better yet, change the channel. Yer Da's yelling at the tele again.