Jamie Clarke looks at Cork legend Paddy Kelly retiring at 31 and it scares him.

At 27, the Armagh native is all-too-aware that his county career won't last forever and that he won't get many more chances to line out at Croke Park.

It's different in Ulster. You start the season in May and you're a good three months away from even getting a sniff of headquarters. You have to come through two or three minefields just to get to the provincial final for starters and the trip to Dublin is still what it should be for everyone in Ireland: a dream.

END_OF_DOCUMENT_TOKEN_TO_BE_REPLACED

Clarke got there with Armagh in 2014 and he remembers the excitement ahead of a round four clash with Meath. They walked around the place the day before the game with the sun setting in a calm Dublin sky and the attacker was thinking that this could be his big chance to announce himself to the country. By Saturday, the heavens had opened and the match turned into a right, royal slug-fest. 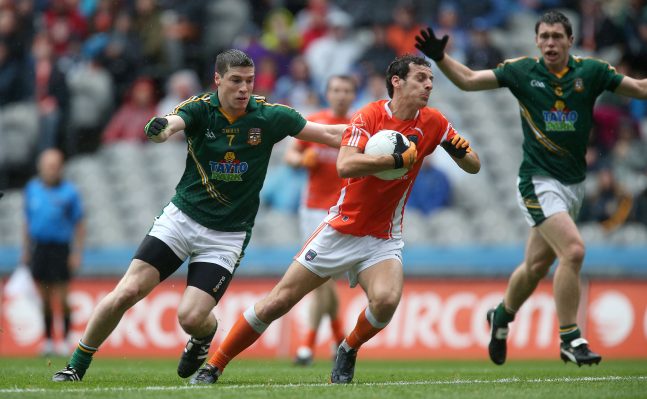 "Don't worry, you'll get another chance the next day."

The next day was against Donegal though where every kick of a ball was absolutely bloody crucial. The Orchard county bowed out with the minimum separating the teams. Clarke didn't score that day. He left two games at Croker behind having raised one white flag in 140 minutes.

That's partly what has driven him to return. He wants to put it right.

Speaking on SportsJOE's GAA Hour podcast, Clarke explained his hunger to make it to the top - individually and with his team.

"Even when I went away, I was still thinking that I don't want the regret, I don't want to give up. I want to see out my career and hopefully leave a decent legacy."

That gets tougher to do as the game continues to change. You won't find many full forwards swinging cats inside the 21' these days. You won't find Jamie Clarke without two men hanging off his back.

"The game has changed dramatically," he said.

"In 2014, I think I was playing a vital role in terms of distracting a lot of defenders - whether I was taking two or three out of the game or whatever. It's part of the game now, you're just going to have to make those unselfish runs. You're going to have to do things for the team that I suppose a corner forward would never have been expected to do.

"I've looked at different approaches in terms of mental preparation and how I can impact the game in different ways, like helping other people and doing different things when, early on, I would've kind of just went out and played my game.

"You still want to go out and get man of the match. You want to be as best as you can be.

"If you look at the top forwards around the country, they've all got man of the match at big stages, in important moments in games. That's ultimately what it's all about." 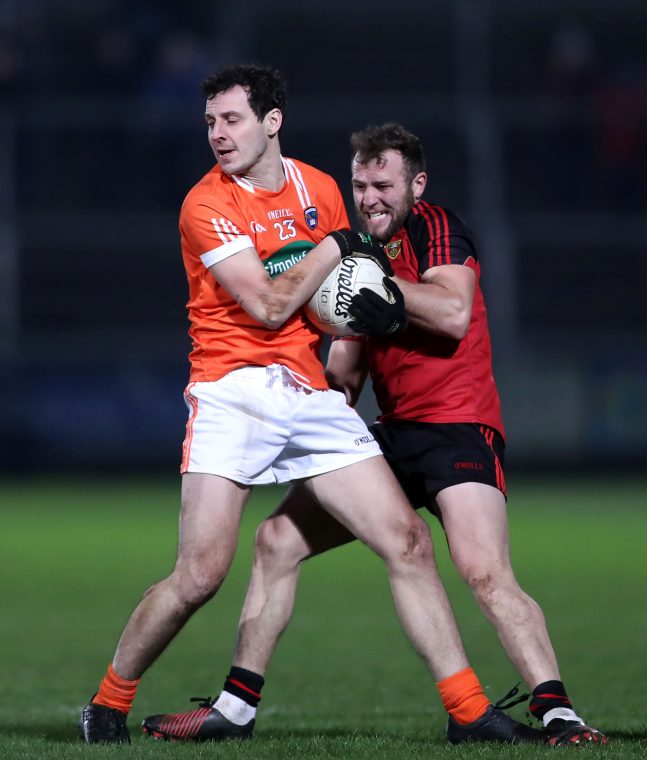 Clarke looks up to some of those forwards. Big players make big plays in big games and some, more than others, have the returning Armagh man's admiration.

"I look at the like of Michael Murphy and Conor McManus, or Bernard Brogan and James O'Donoghue and I'm comparing myself to these players and I'm not there yet," he admitted.

"I'm not there yet in terms of having done what they've done or having achieved what they've achieved at inter-county level and I'm kind of thinking 'what am I going to do differently or how do I improve?' How do I do that little bit extra to try and get ahead of them?

"That's ultimately what you have to do if you want to reach your potential and go beyond that.

"People have this impression that I don't do the weights or the strength and conditioning which is a complete myth. I would admit that it wouldn't be my forte but I do what I have to do and, in particular, this year, I'm doing as much as possible and trying to do that bit extra. I'm just doing as much as I can to try and improve my game because I know time goes pretty quick.

"Conor [McManus] had a couple of years there where he was unstoppable. His shooting, his accuracy was top notch and he was shooting from positions that you probably wouldn't be advised to shoot from and they were going over. I think he got that freedom from his players and management that it's alright to have a go from there because of what you're up against."


popular
"I've had stick my whole career" - Mike McCarthy on 'Plastic Paddy' jibes and singing the anthem
Roy Keane explains why Ireland didn't 'tie down' Declan Rice and Jack Grealish
Roy Keane has his say on Stephen Kenny's performance as Republic of Ireland manager
'Go and get a job' - Ronnie O'Sullivan responds to Shaun Murphy's amateur player comments
"Just brilliant" - Alex Goode backs Caelan Doris for 'Best Player' award
Ulster make massive statement as they out-gun Leinster in Dublin
BT Sport release statement as Chris Sutton is denied access to Ibrox again
You may also like
4 months ago
County teams announcing their starting line-ups in advance is pointless
4 months ago
One of the hardest things about being a manager is listening to strangers tell you where you went wrong
5 months ago
Kieran Donaghy reveals what it's like to work with "very direct" Kieran McGeeney at Armagh
5 months ago
23 characters in the best GAA picture of the year
6 months ago
"Some people just have different passions" - Geezer sees where Clarke is coming from
6 months ago
"He's not suited to the modern game at all" - Will Jamie Clarke play for Armagh again?
Next Page