"If things were left as is, I’d be okay with that."

Mayo boss James Horan has some reservations about the proposed Plan B option that will be discussed by special congress on Saturday.

Plan B is the league-based championship proposal that will see the league become the championship, played in the summer, and your position at the end of that league determines whether or not you made the quarter final stages.

However, Horan isn't entirely convinced by the proposal, as he believes there are a few "flaws" in it.

“Proposal B is getting great traction at the moment and our own county man Tom Parsons is putting a great shove behind it and doing a great job in his new role (CEO) with the GPA. 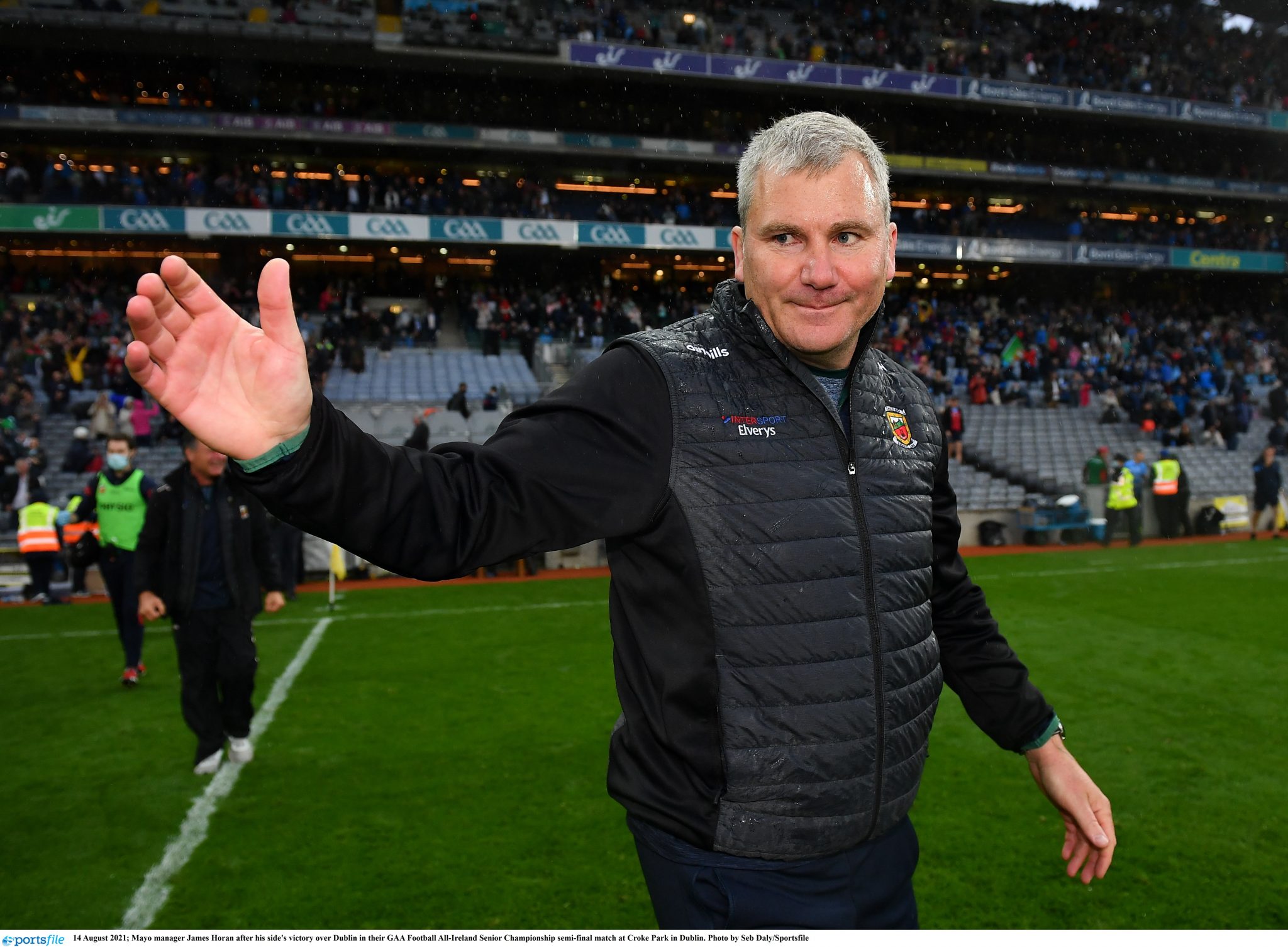 "It’s an interesting one. I think proposal B is solid but there are flaws in it.

“You can have guys battering away in Division One who won’t get a crack at an All-Ireland final when the winners of Division Three and Four will, a different standard or level so I’m not sure that it’s the right proposal.

“I’m not sure proposal B is in my opinion exactly what...well I don’t think we should rush into it. I suppose that’s what I think.”


popular
Nigel Owens on most annoying players to referee (three of them are Irish)
"I trained with a guy that was born in 2004 the other day. We reckoned Earlsie could be his father!" - Peter O'Mahony
Six All Blacks but no Ireland players in world's top 20 list headed by Antoine Dupont
What is the story with Tyrone clubs' woeful record in the Ulster championship?
"I asked one question and lads slagged the arse off me!" - Johnny Sexton on Roy Keane chat
Longford GAA movie explores the tale so many young footballers can relate to
"We're not going to Croke Park for a day out. We're going there for a result" - Portarlington on the rise
You may also like
1 day ago
Top scorers of Dublin team that dominated the last decade of Gaelic football revealed
1 day ago
Four-point goals could "increase entertainment levels" in hurling and football says Dublin CEO
2 days ago
Dublin CEO slams media coverage of Dublin's Covid training breach
2 days ago
"It's almost unhuman" - Thomas Niblock's commentary perfectly captures Clann Eireann's last minute equaliser
3 days ago
Ciaran McFaul, that is all
4 days ago
Red cards, slips, heroes, villains and last second equalisers - Derrygonnelly's extra time win over Dromore had it all
Next Page