Brought to you in association with Centra #WeAreHurling

And barely an eyelid was batted.

Wexford were leading by a point but this was dodgy territory. One point up with only five minutes left, any slip is game, set and match.

Conor Cooney is straight through on goal. Somehow he's found himself with 20 yards of space in front and behind and John Hanburry, the unlikeliest of defence splitters puts it on a glistening plate for him.

Wexford eyes are closing. This could well be curtains for this game as their season hangs on the faintest of knife threads. It's Cooney against Fanning.

The St Thomas' man lives for these type of chances and they usually end up hung in the top corner. He bores down on the goalkeeper, winds up to drill it home and every yellow belly in a windy Salthill is already resigned.

But it's not over yet. Cooney goes to let rip and a zooming yellow body hurls himself towards the white jersey. The ball drops to the ground, you can here that fresh clip of ash on ash.

It's a textbook hook, it's Jack O'Connor. He's injured himself in the process but he's just saved his county's life.

The Wexford sub who should have been starting hadn't just spotted the danger, he'd hounded it down like a man possessed. And then once he got there he jumped straight out in front of it. Conor Cooney is denied and the ball is gone up the other end of the field.

END_OF_DOCUMENT_TOKEN_TO_BE_REPLACED

Those are the minuscule types of margins upon which these games are won and lost. Wexford got out with the draw, possibly should have won but they would without a doubt have lost if it wasn't for the contribution of their St Martin's sub.

Cooney catches the ball. O'Connor is at least 20 yards off but he has the angle and the pace. 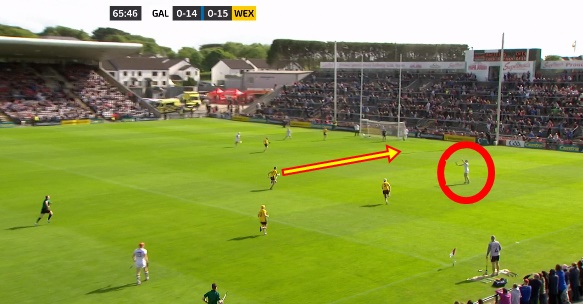 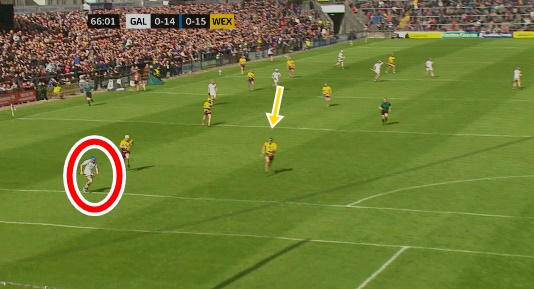 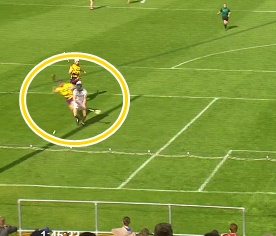 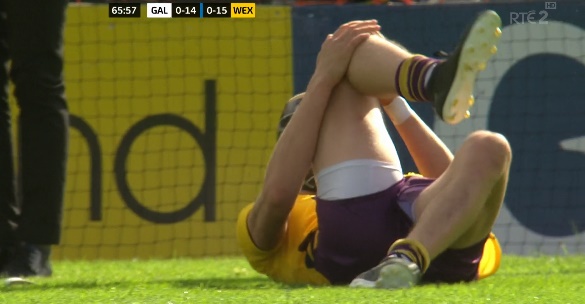 Cathal Dunbar has a one-on-one with the goalkeeper and fires it at goal, instead of taking the point, but he misses so we're all tied here in stoppage time. 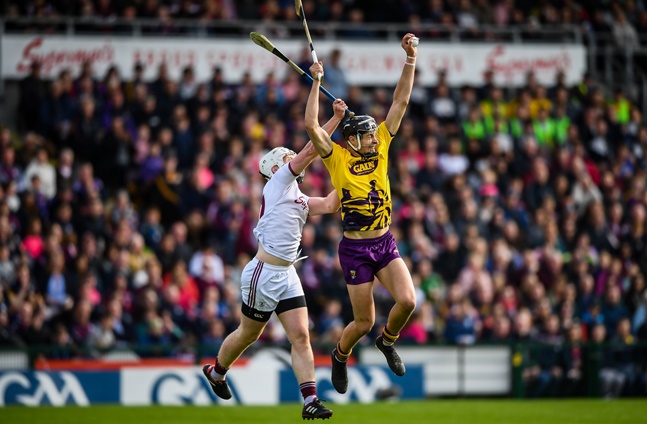 That's an impact made.


popular
The SportsJOE 12 o'clock quiz | Day 69
SportsJOE 2000s Football Quiz | Round 1
The SportsJOE 12 o'clock quiz | Day 67
QUIZ: Name these footballers based on their former teammates
QUIZ: Name the footballers to have played for Manchester United & Real Madrid
"I went up to the hotel, got attacked in the room and told I'm no longer Tipperary captain"
"I knew I didn't have the pace or strength, it was just get it and try kick it left or right"
You may also like
1 month ago
"The bigger the challenge, the more Fitzy would want to keep them scoreless"
1 month ago
"He had no interest in the trappings of success, he just wanted to achieve it"
2 months ago
St Patrick's day memories: Rural Caltra with one of the great underdog triumphs
2 months ago
Corofin clean up in club team of the year awards
3 months ago
Shane Walsh is ready to rule for Galway
4 months ago
GAA JOE club football team of the year
Next Page