"You have to empty yourself into every game."

That is the credo that has helped Jack McCaffrey and Dublin to three All-Ireland triumphs in the past five years. On Sunday, against Tyrone, he can make it four.

The 2015 Footballer of the Year's immense presence was missing from affairs in 2016 but he returned to lift the Sam Maguire again in 2017. His quirky pre-match superstitions also returned.

McCaffrey told The GAA Hour Live about the differences between his two Sam Maguire wins with the Dubs. He commented:

No food, no sleep, no bother. 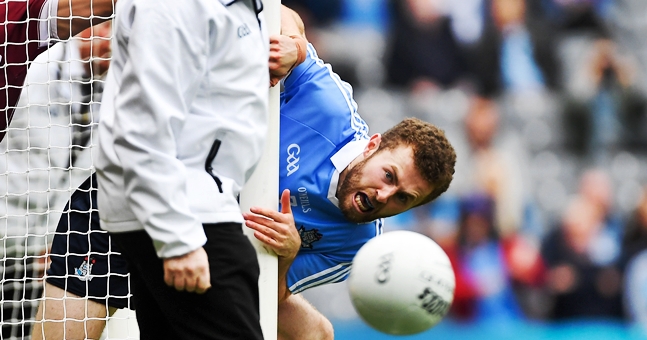 McCaffrey is no different to so many other players in having pre-match superstitions but he insists he never had any as a younger player. "They do creep up on you a little," he said.

"The superstitions actually start the day before (a game) but I won't go there. I have the same breakfast before a game. I listen to the same music on the bus as we are heading in. I actually have geographical landmarks, where I now to click to the next song on the iPod.

"When you get to the dressing room, you're straight out to watch whatever game is on before. In to play a bit of keepie-uppies. Then you go out; same place for the team photo.

"I usually do keepie-uppies with Cormac Costello, when he's not off breaking collarbones and the like. I do it with the wall when Cormac is not around, which is quite sad, or Bernard Dunne. The wall is actually better than Bernard.

"They kind of creep in but they do relax you before a game." 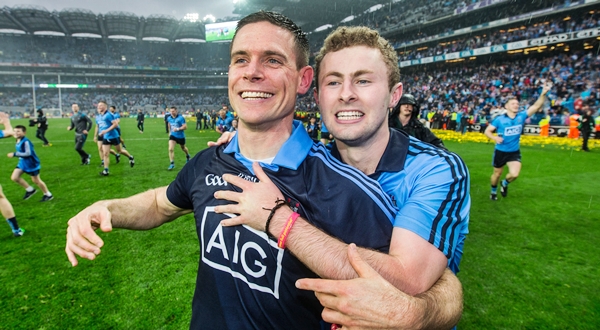 McCaffrey does have another quirky superstition that most football fans may not be aware of.

After each team photo, where he stands in the same position, McCaffrey grabs a ball, sprints towards his goal and blasts an effort towards the posts. He explains:

"That's what I do in a match. I run around and kick the ball as hard as I can.

"I don't know where that came from, to be honest... It usually goes wide but, once or twice, it goes over the bar. That kind of throws me for a while. I have to take a minute or two to think what I'm going to do next.

"If the ball goes over, it's not part of the superstition."

Keep an eye out for the quirks of McCaffrey and the other Dublin and Mayo players ahead of throw-in this Sunday.


popular
Sean Dyche set to be named Everton manager after Marcelo Bielsa talks break down
Roy Keane flatly rejects longstanding perception of ex-Man United midfielder Paul Ince
Allianz National Football League Round 1: All the action and talking points
Conor McGregor hit by car ‘at full speed’ while cycling
Roy Keane leaves ITV pundits in stitches after Pep Guardiola's pre-match interview
Quiz: Identify these 15 football clubs that are not named after a place
RFU issue statement following backlash over decision to lower tackle height
You may also like
1 week ago
QUIZ: How many of the 33 county SFC champions for 2022 can you name?
2 weeks ago
"You need to be able to hurl your way out of trouble" - Composure the key to Dunphy's game
3 weeks ago
"We'll have plenty of Christmases" - McGowan and club players should be envied not pitied
4 weeks ago
'With the worlds’ greatest thief not able to take even just one friendship away' - Cooper retires with heartfelt statement
4 weeks ago
Mickey Moran gives a rare interview in TG4's brilliant Anton O'Toole documentary
4 weeks ago
How many of the 65 county senior champions for 2022 can you name?
Next Page